Conny Waters - AncientPages.com - Excavations in the ancient city of Laodicea (Laodikya) have been ongoing since 2003 under the supervision of archeologist Celal Şimşek from Pamukkale University in Denizli.

Now archaeologists report the discovery of a 2,000-year-old marble sundial, unearthed as a single piece dated to the Hellenistic period, reports Anadolu Agency. 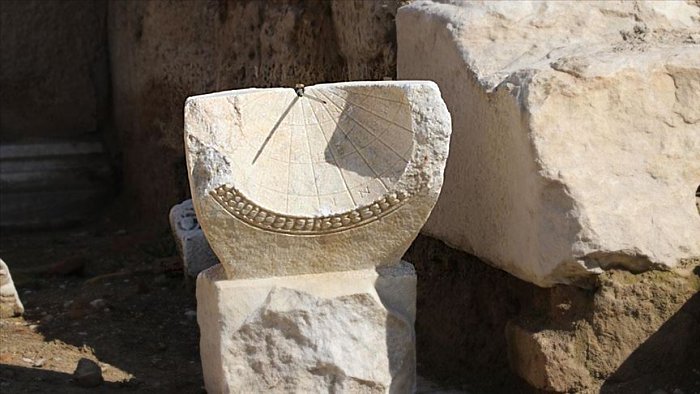 Oriented toward the south, the sundial - a spherical-shaped sundial facing south - shows names of seasons (in Greek), months and hours, and the time of the day (in hours) according to Celal Şimşek, who also said that the fixed indicator bar - gnomon (known as a shadow-casting needle) that should be found in the clock is missing.

The researcher emphasized that this ancient work is rare, and referred to the sundial's leaf decoration from the lower part of the sundial, made of marble. 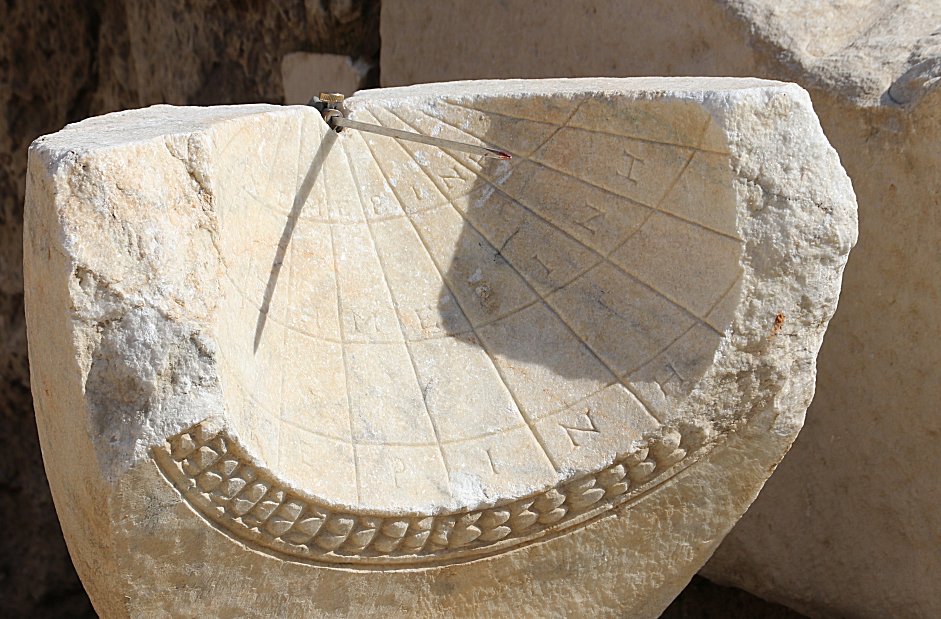 Sundial is an old device that tells the time of day when there is sunlight by the apparent position of the Sun in the sky. Based on the archaeological records, the earliest sundials were shadow clocks (1500 BC or BCE) from ancient Egyptian and Babylonian astronomy. The origin of this instrument is not entirely explained.

However, it is mentioned in the Old Testament, and both the Greeks and Romans along with other ancient cultures developed the sundials further. They reached their peak of popularity at the end of the Middle Ages.

Recently, we reported that a 1,750-year-old fresco travertines were recovered in Laodicea - a major hub of Christianity and home to the Laodicean Church, one of the Seven Churches of Asia mentioned in the Bible.

Laodicea's excavation site has still much to reveal. Among the remains from the Hellenistic and Roman periods, the archaeologists excavated two theaters, a nymphaeum, a stadium, and a monumental fountain that was continuously in use in the Byzantine period (fourth–seventh centuries) when it was walled off and converted into a Christian structure.