As Ancient Pages reported earlier, in February this year, researchers discovered a shipwreck near Wellfleet, just outside the coast off Cape Cod, USA. It is believed to be the ship belonging to pirate Black Sam. Marine archaeologists have also uncovered human bones on the ship.

Scientists announced there is a chance these remains could be of pirate captain Black Sam. 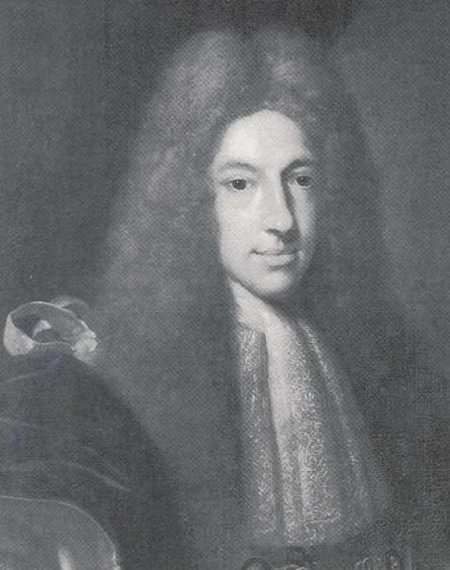 Captain Samuel Bellamy (c. February 23, 1689 – April 26, 1717), later known as “Black Sam” captured at least 53 ships in his short time as a pirate, making him the wealthiest pirate in recorded history with an estimated net worth of nearly $141 million in today’s dollars.

Now, researchers say they have come across America's largest mass pirate burial ground with more than 100 sets of remains that could belong to Captain Black Sam’s pirates.

Archaeologists believe the site is the last resting place of Captain "Black Sam" Bellamy's crew, who drowned when the Whydah Gally, their ship, was wrecked at sea in 1717. 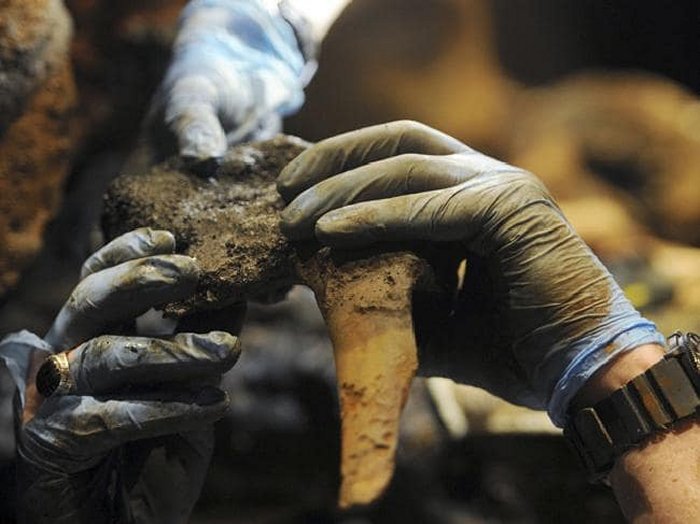 Researchers removed what is believed to be Bellamy’s leg bone from a concretion. Picture: AP

“We believe that we have found the largest mass burial ground in the US. Over 100 pirates washed ashore on Cape Cod [after the wreck], and our team believe that we have located it. It's very hallowed ground... Almost every day we're learning more about what happened 300 years ago,” Casey Sherman, leading the investigation into the Whydah, said.

In an interview with the Telegraph, Sherman said the team has discovered several burial hills and burial vaults, as well as 17th century pottery and cutlery. Scientists have also uncovered the homesteads of the Cape Codders who first responded to the wreck. 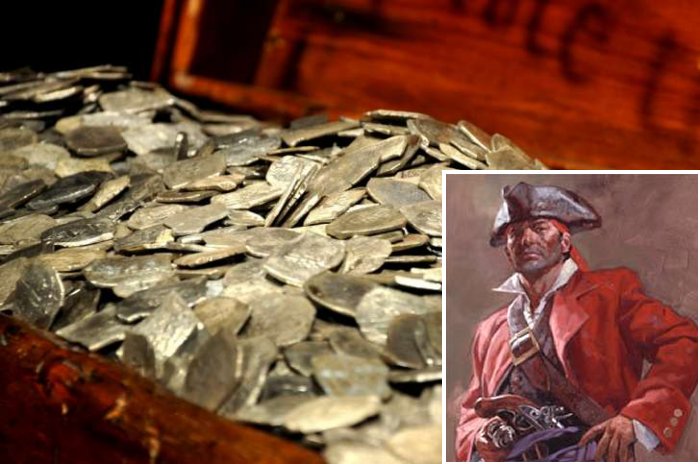 Sherman explained that Captain Bellamy was an unusual pirate leader who did his best to avoid violence whenever he could. The pirates, who counted Indians and runaway slaves among their number, were in fact "very progressive" in the democratic way they ran their ship.

Black Sam became known as the 'Prince of Pirates' because of his gentle but stern nature and he was able to mitigate potentially violent situations, Sherman pointed out.

The remains discovered in February could be of Bellamy himself and Sherman has traveled to UK meet a male descendant of Bellamy and compare his DNA to those of the remains. 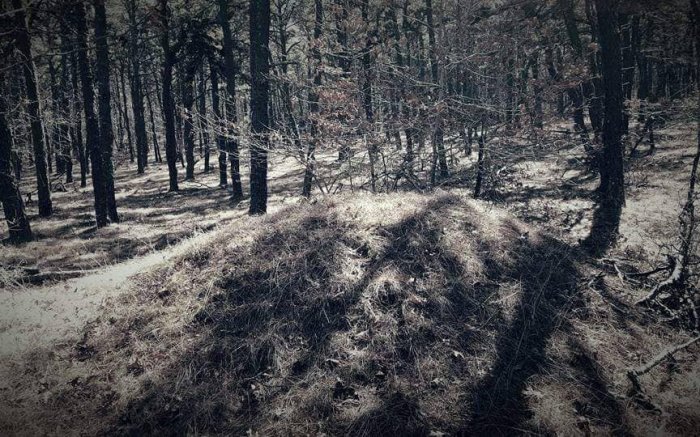 If these are Black Sam’s remains, then they will be returned to England for his final resting place. Professor Timothy Palmbach, chair of forensic sciences at the University of New Haven, said the pistol matched historic records of Bellamy’s gun.

Why Did Pirates And Sailors Wear Earrings?

At the time of the discovery, he told The Telegraph: “The evidence that it’s Bellamy’s [remains] is exceedingly compelling. It was immediately next to a pistol that was proved to be Bellamy’s without a shadow of a doubt.

"The pistol had some unique features and symbols and it was presented to him in a very decorative silk ribbon. It’s completely consistent with ­Bellamy’s pistol.”

Once the excavations are complete the team hope the site can become a public memorial site in time.