AncientPages.com - Michelangelo (1475 – 1564), painter, sculptor and one of the greatest artists of all time, often secretly inserted pagan symbols into his works of art.

Many of them were possibly associated with anatomical representations.

A new analysis suggests that Michelangelo may have concealed symbols associated with female anatomy within his famous work in the Medici Chapel. 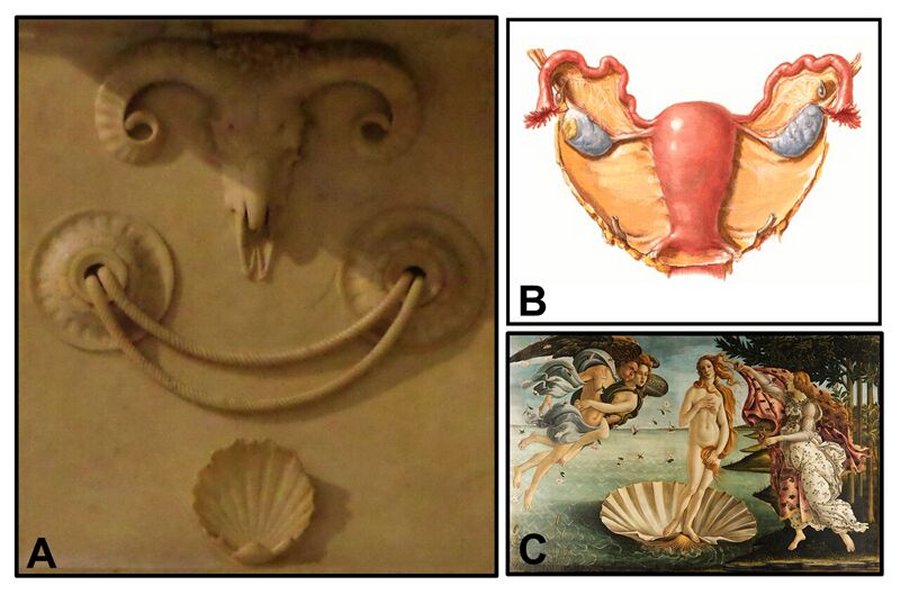 For example, the sides of tombs in the chapel depict bull/ram skulls and horns with similarity to the uterus and fallopian tubes, respectively.

Numerous studies have offered interpretations of the link between anatomical figures and hidden symbols in works of art not only by Michelangelo but also by other Renaissance artists.

“This study provides a previously unavailable interpretation of one of Michelangelo’s major works, and will certainly interest those who are passionate about the history of anatomy,” said Dr. Deivis de Campos, lead author of the Clinical Anatomy article.

In his works, Michelangelo used also codes that could have religious, mathematical and/or pagan significance and even anatomical allusions.