AncientPages.com - More than 300 small rocks - dubbed by archaeologists as 'sun stones’ - carved in the Stone Age, were recently excavated in Vasagård in southern Bornholm, Denmark.

Why did Stone Age people carve images of the sun, fields, and spider webs onto small stones? For now, researchers  cannot explain the meaning or the purpose of the stones. 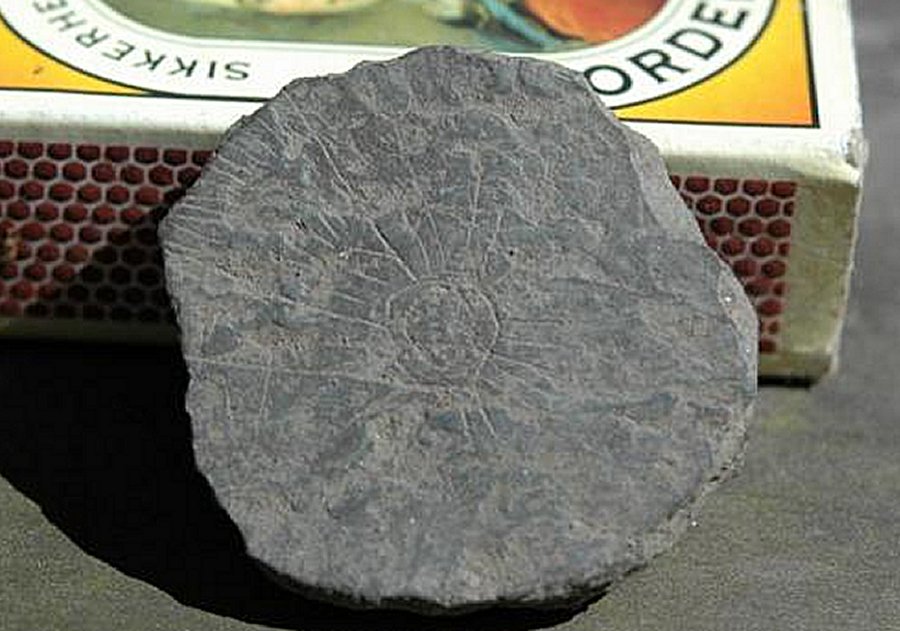 A Stone Age sunstone found on the Danish island of Bornholm in the Baltic Sea. Photo: arkspedition2014vv

Were they perhaps amulets, a religious coinage or were they used to mark the transition from an old burial tradition to a new one? Or was it something else entirely?

Archaeologists believe that the stones were probably used during the rituals, given their burnt or broken appearance, and because they were discovered in concentrated deposits within the same layer of soil.

Some of the stones even look to have been used as lucky charms by Stone Age inhabitants of Bornholm.

The small stones are covered with designs carved by Stone Age people 5,000 years ago.  The approximately 300 stones and fragments earned their name from their round shape and the circular carvings on their surface, which appear to radiate out from the center.

They include square stones carved with what resembles fields and grain and other patterns. Some are decorated with spider webs.

“Many of the stones are very worn, so it looks as though someone has walked around with them in their pocket,” said Finn Ole Sonne Nielsen, the lead archaeologist at Bornholm Museum, who collaborated with the National Museum of Denmark, Aarhus University, and the University of Copenhagen on the excavation.

Nielsen said that the Vasagård area has the appearance of a Stone Age society, which had be “thoroughly ritualized. In the Stone Age, Vasagård was entirely enclosed by so-called palisade rows—a type of fence constructed from multiple layers of posts, with many entrances. Inside, stood small round “sun temples” which were probably used for rituals.

“We’ve known about sun stones for a while, but the field stones are something entirely new – just yesterday we found four – and the variation among them with spider webs is something we didn’t know existed,” said Nielsen.

“But it must mean something that they were deposited simultaneously after being burnt and broken. Perhaps it represents a transition between life and death.”

The first sun stone was found in 1995 at another cultural site, Rispebjerg, around 8 km east of Vasagård.