Ellen Lloyd - AncientPages.com - Carved stones represent a unique legacy of the Picts. Many of them give evidence of advanced skills of artists; some of the stones with very complex decorative motifs depict Christian crosses and crescents or birds or animals, both real and mythical. 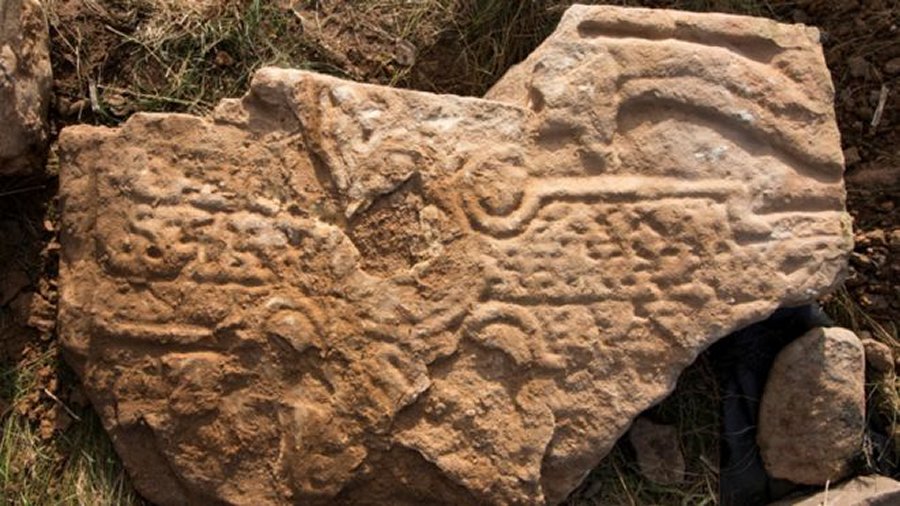 This Pictish stone - estimated to be about 1,300-year-old - was found after a storm. Image credit: Dr Hugo Anderson-Whymark

Generally, Pictish stones are carved (or incised) with symbols and different designs. They have been located in the north of the Clyde-Forth line and on the Eastern side of Scotland. Dated from the 6th to 9th century, a period during which the Picts became Christianized. The Pictish stones are undoubtedly historical evidence of the Picts’ presence in this part of the country.

Approximately 350 objects categorized as Pictish stones have survived and they have long fascinated scholars.

In Orkney, the Picts carved the salmon, bull, and deer, and birds including the eagle and goose. There are also several other designs such as the infamous Pictish Beast, other monsters-like figures and "V-rod", "double disc and Z-rod", "mirror and comb", "triple disc", of which meaning is unknown.

Many theories have tried to explain the Pictish symbols. Why were these enigmatic stones erected and what was their significance?

Were they markers or perhaps commemoration stones related to people and events? 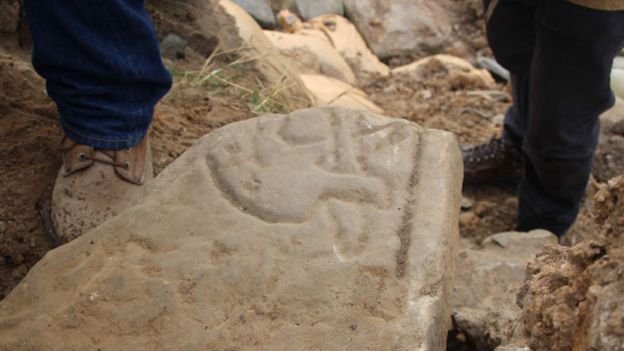 Several hundred carved Pictish stones have been found especially in northern and eastern Scotland. Not long ago, another very unique Pictish stone depicting a dragon-like creature and a cross carving was discovered after a storm on Orkney, Scotland. Known as a Pictish cross-slab, it is only the third stone of this type to be found on the islands.

The stone is estimated to be about 1,300-year-old and has an intricately carved cross flanked by the dragon, or beast, and on the reverse side, there is another Pictish beast design stared out from the stone face, with beak open grasping what could be the remains of a staff.

Researchers say that carved Pictish cross-slabs are quite rare across Scotland with only two having been discovered in Orkney. This is therefore a significant find that can shed more light on a period in history when Orkney society was beginning to embrace Christianity.

Some examples of the Pictish Stones:

Left: The reverse of the cross-slab at Elgin Cathedral features double-disc and Z-rod, and crescent and V-rod, above a hunting scene.; Middle: The Pictish beast depicted on one of the Christian grave-markers at Meigle; Right: Hammer and anvil alongside tongs at the foot of the Dunfallandy stone, Pitlochry. Image via http://www.pictishstones.org.uk

No detailed records of Pictish history survive. For now, the mystery of the carved Pictish stones cannot be entirely explained. It is believed that the stones were set up to record Pictish lineages and alliances, but no one knows for sure how this intriguing Pictish system functioned.