A. Sutherland  - AncientPages.com - Fionn mac Cumhail was a famous, legendary Irish hero and a leader of the Fianna elite volunteer fighters and huntsmen.

They flourished in the 3rd century AD and under the reign of Cormac mac Airt, who, according to historical tradition and medieval Irish legend, was a High King of Ireland. 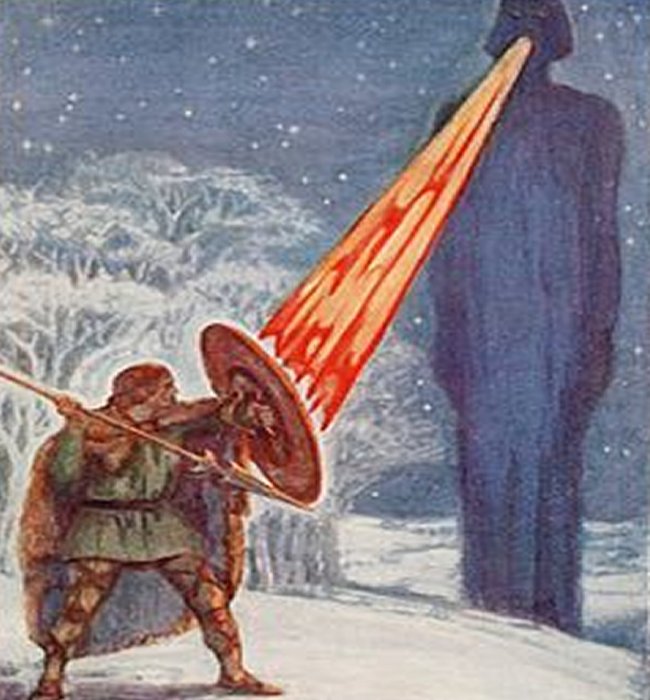 The name of the hero is often spelled ‘Finn’ in Scottish or sometimes ‘Fingal,’ the name originating from the poem ‘Ossian’ by a Scottish poet and writer, James Macpherson  (1736-1796). In the part of Irish literature known as the Fenian Cycle, many tales and ballads are devoted to Fionn, the Fianna, and their deeds.

Legend has it that Fionn’s father was Cumhal, the leader of Fianna warriors, and his mother – Muirne (Muirenn, Murna), daughter of the druid Tadg and the granddaughter of Nuada of the Silver Hand, who possessed a marvelous weapon known as 'sword of Nuada' or 'shining sword.'

When Fionn’s father, Cumhail was killed by his powerful rival Goal mac Morn, a little boy Fionn (‘light’ or "the Fair One") was sent by his mother to a druidess Bodhmall, and a warrior and teacher named Liath Luachra (‘Grey One of Luachair’). Living with them, Fionn received a proper education that suited the young Irishman’s social group.

Then, Fionn returned to society, and after many tests, he could finally join Fianna warrior bands.

However, it was not easy; many kings did not want to be associated with Fionn because they feared he would take revenge on Goal mac Morn for his father’s death.

How Fionn Obtained Knowledge Of The World

Once, Fionn accidentally gained all knowledge of the world, and it happened one day when he met a poet on the bank of the Boyne River and studied with him for seven years. At the end of this period, the poet caught the Salmon of Knowledge, and Fionn, unaware of his power, cooked it for his master. 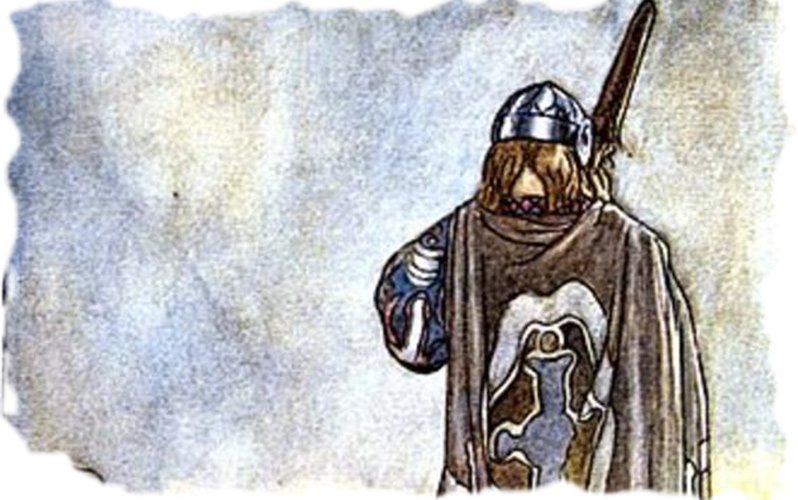 During cooking, he accidentally pierced the scar on the body of the salmon, burning his thumb to which a piece of salmon skin was stuck.

Sucking his aching finger, Fionn swallowed this piece, thus absorbing the wisdom of the salmon.

He acquired clairvoyance, and the salmon’s all powers and knowledge. Legends tell that as an adult, Fionn killed a terrifying, fire-breathing being, Aillen, who originated from the Underworld.  He then became a great leader of the Fianna.

The creation of the Giant’s Causeway, which is Northern Ireland’s natural wonder, has another explanation in Celtic mythology. According to tradition, it was the result of a conflict between two giants. Fionn, a giant and a hero, constructed the Giant’s Causeway using it to reach Scotland. Fionn mac Cumhail built this unique structure located in Antrim, Northern Ireland, to walk to Scotland, across the sea, to "lift" cattle, and to fight his Scottish rival giant, Benandonner.

Once he pulled a part of Ireland out of the ground to throw it at Benandonner but missed, and a piece of land landed in the Irish Sea, becoming the Isle of Man; the place from which he took this piece of land became Lake Lough Neagh.

Prophecy And How Fionn Obtained Knowledge Of The World

One day, Fionn met the poet Finegas on the bank of the Boyne River. Finegas had stopped at the river, watching the salmon, for it was in the prophecy that he would eat the salmon of knowledge that would come there. 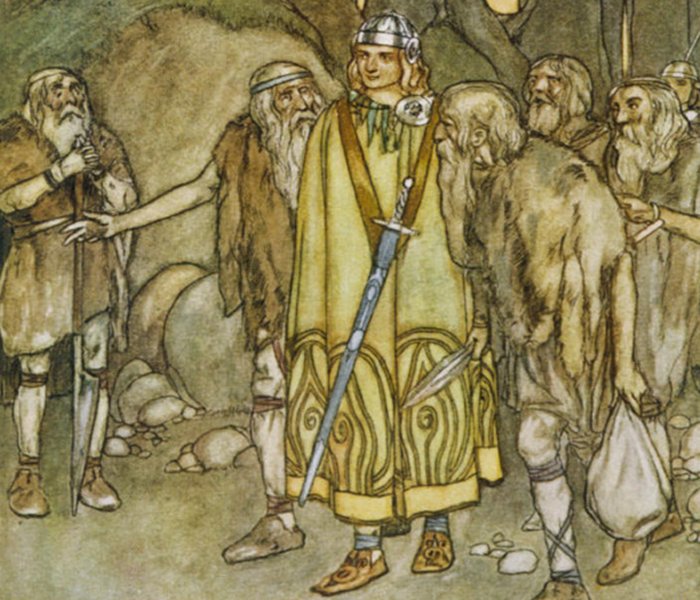 “And when at last the salmon of knowledge came, he brought it to where Finn was and bade him to roast it, but he bade him not to eat any of it. And when Finn brought him the salmon after a while, he said:

“I did not,” said Finn, “but I burned my thumb, putting down a blister that rose on the skin, and after doing that, I put my thumb in my mouth.”

“What is your name, boy?” said Finegas.

“It is not, but it is Finn your name is, and it is to you and not to myself the salmon was given in the prophecy,” Finegas said.

With that, he gave Finn the whole of the salmon, and from that time the hero warrior had the knowledge of the world, and one of his abilities was clairvoyance.

According to the most famous account of Fionn's death, he is not dead at all. Instead, he sleeps in a cave, surrounded by the Fianna warriors.

“…Some day will come when the Dord Fiann [the hunting horn of the Fianna] will be sounded three times, and that at the sound of it the Fianna will rise up as strong and as well as ever they were. And there some say Finn, son of Cumhal, has been on earth now and again since the old times, in the shape of one of the heroes of Ireland…” (Lady I. A. Gregory - The story of the Tuatha de Danaan)

J, Harasta, Celtic Mythology and the Religion of the Ancient Celts