A. Sutherland - AncientPages.com - In Norse mythology, the gods and goddesses sprang from a mixed-race and were not immortal.

They had to regularly eat marvelous golden apples from Idun’s garden to ward off diseases, disabilities, and old age and remain vigorous, beautiful, and young through countless ages. 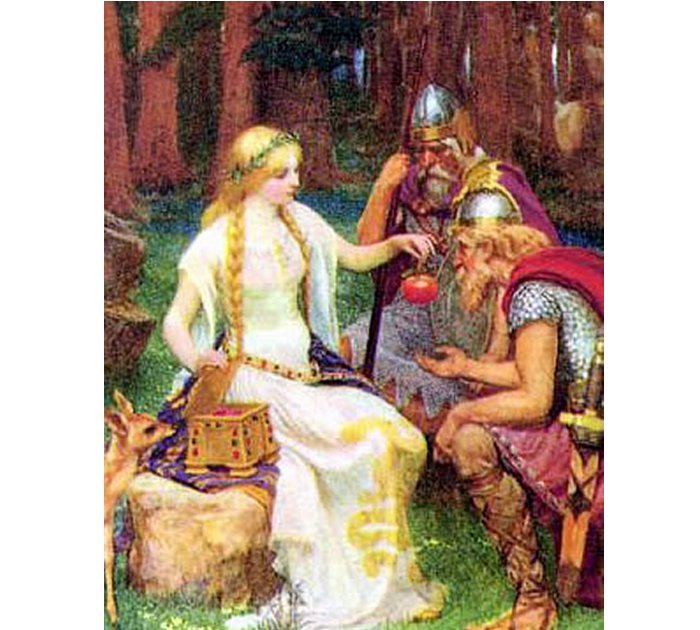 “The golden apples Out of her garden Have yielded you a dower of youth, Ate you them every day.”

Idun (Ithunn), daughter of a dwarf blacksmith, Ivald, and the goddess of eternal youth, spring, love, and fertility was the keeper of the golden apples of youth, which she maintained in her magic casket.

In her casket has rich store

Those rare apples, not of Earth, 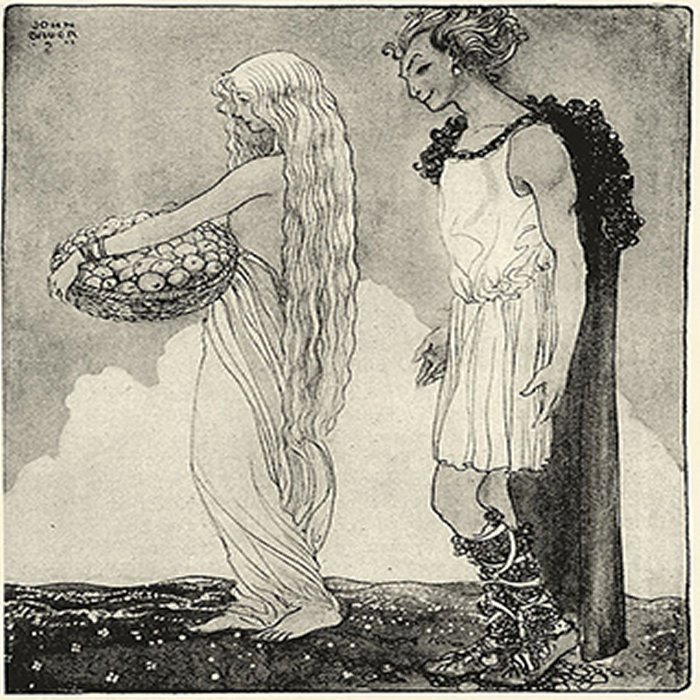 She was the wife of Bragi (Brage), the god of poetry and eloquence, and the patron of skalds or poets. It was Bragi, who gave to human beings, a very powerful ability – inspiration. He also made his Cup of Bragi, famous among those who had sworn an oath.

Idun possessed great power and she knew about it.

Also, the gods knew that Idun had something they really needed, namely, precious, golden apples, so they warmly greeted her when she arrived with her husband Bragi, to Asgard, the realm of the gods. 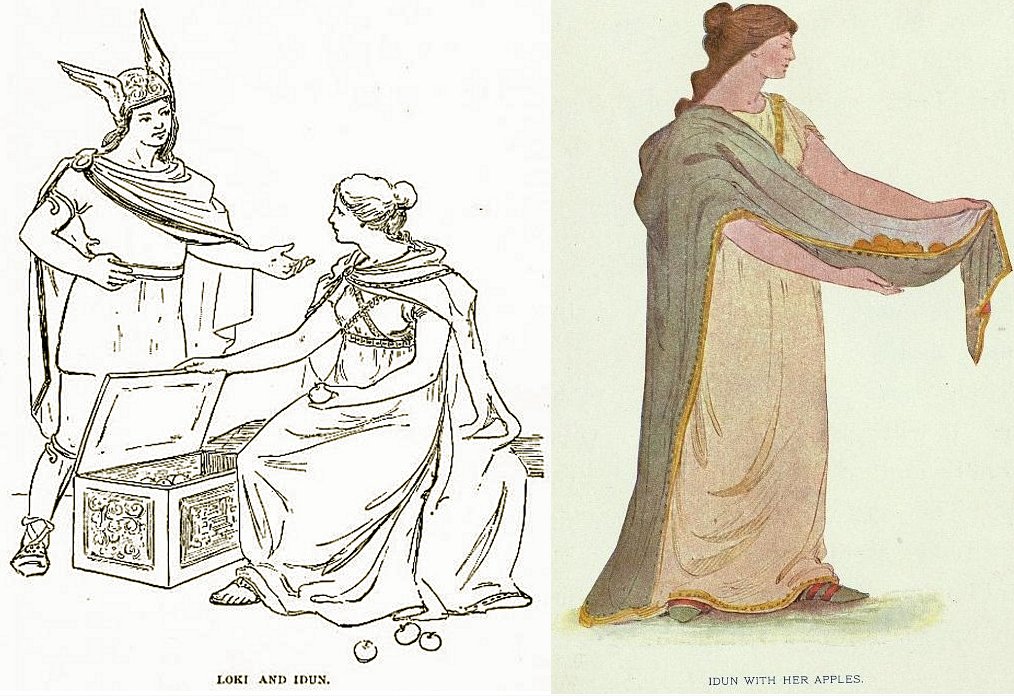 “The golden apples Out of her garden Have yielded you a dower of youth, Ate you them every day.” (Wagner (Forman’s tr.)

No matter how many she drew out from the casket, the same number always remained in it.

But she always had to be very careful when she shared the apples with the gods because dwarfs and giants were eager to obtain possession of the fruit.

One day, Idun was kidnapped by the giant Thiazzi, the frost giant and father of Skadi, goddess of destruction, winter, hunters, and skiers. The only surviving myth about Idun's kidnapping, says that after being tempted by Loki's promise to show her apples similar to those she possessed, Idun left Asgard with him.  However, instead of apples, the giant Thiazi appeared in the form of an eagle and took the goddess with him to his palace.

Idun was saved by Loki, who was forced by the gods to do so, extracting from him the truth about the goddess ' kidnapping. Loki arrived at the giant's Palace when the owner was gone and, having turned Idun into a walnut, took her with him. In order to get her back, Thiazi had to stop the chase after discovering that Idun had escaped. The gods lit a big fire and Loki, in the form of a Falcon, managed to escape with the goddess while Thiazi was killed in the flames. Idun's valuable apples were finally recovered.

H. A. Guerber, Myths of the Norsemen.