Jan Bartek – AncientPages.com – Ancient Egyptians believed that a person's soul had many parts. One of these parts was called the ka, and the Egyptian symbol was sometimes depicted on top of the head of the statue to reinforce its intended purpose.

The hieroglyph representing the ka is composed of a pair of upraised arms, and it’s one of many important Egyptian symbols.

Statues with a Ka symbol were usually set up as a memorial for the deceased. Throughout their history, the ancient Egyptians believed in life after death, and that you would be judged by Osiris, the god of the afterlife, the underworld, and the dead.

In Abydos,  one of the most important ancient Egyptian cities, hundreds of Ka symbols were set up to allow the dead to participate in the yearly festivals commemorating the resurrection of God Osiris.

While excavating on privately owned land in Mit Rahina village in Giza, Egypt, an Egyptian archaeological mission from the Ministry of Antiquities unearthed a rare, red granite royal bust of King Ramses II emblazoned with the “Ka,” a symbol of power, life force and spirit. 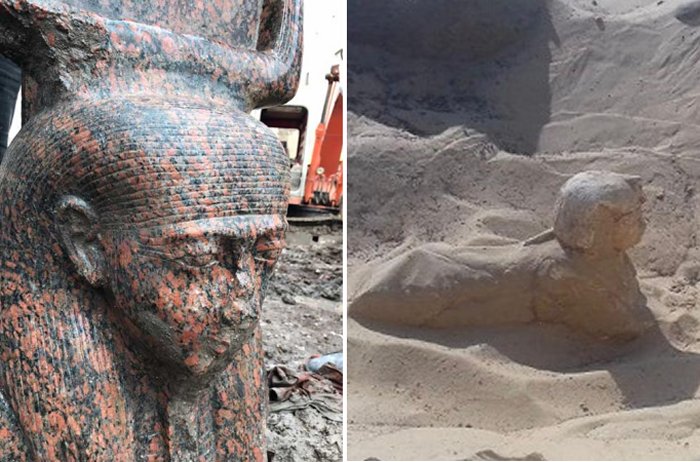 The discovery came after the landowner was caught carrying out illegal excavation work at the site. The man has been arrested but how the statue ended up on his land hasn’t been revealed to media.

What is known, however, is that is one of the most significant discoveries to come out of the Giza region in years.

“The bust is unique, as the only similar bust to have been discovered is carved in wood and belongs to 13th Dynasty King Hor Awibre, and is now on display at the Egyptian Museum in Cairo,” Ahram Online reports. 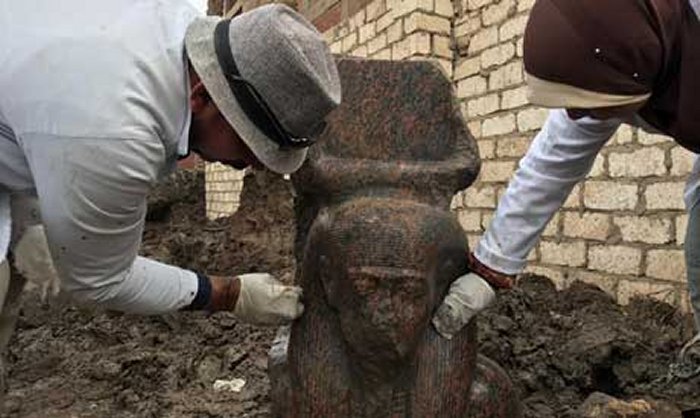 The ancient statue, carved in red granite is 105 cm tall, 55 cm wide and 45 cm thick. And depicts King Ramses II wearing a wig with the symbol of the “Ka” over his head.

According to Mostafa Waziri, secretary-general of the Supreme Council of Antiquities, the statue was "intended to provide a resting place for the Ka - life-force or spirit - of the person after death, and it is the first-ever Ka statue made of granite to be discovered. 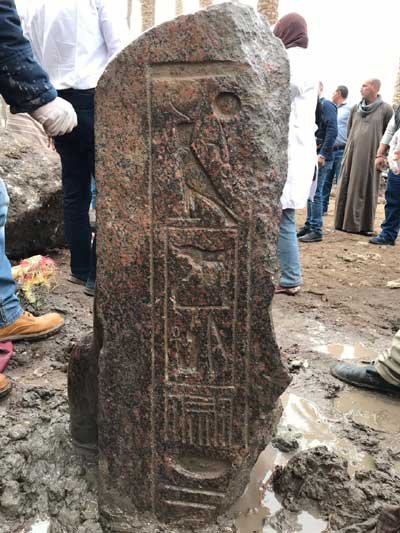 The only Ka statue that was previously found is made of wood and it belongs to one of the kings of the thirteenth dynasty of ancient Egypt."

New Discoveries In the Valley Of The Monkeys In Luxor, Egypt

Regarded as the greatest, most celebrated, and most powerful pharaoh of the New Kingdom, Ramses II (1292 – 1190 B.C.) and he is often associated with the Pharaoh of the Biblical Exodus story.

In the southern desert province of Minya, in Upper Egypt, archaeologists made another interesting discovery. They unearthed a dwarf limestone sphinx that is no more than one foot (30 centimeters) tall. 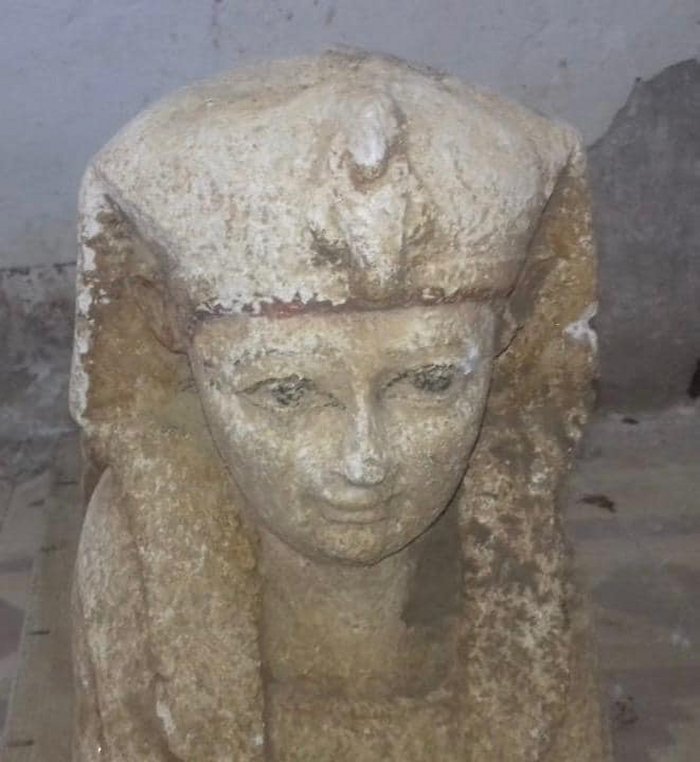 The face of the dwarf sphinx. Credit: Egyptian Ministry of Antiquities

The mini sphinx has a finely carved face, which appears well-preserved, reflects impressive artistic skill and attention to detail. At the site researchers also found ancient amulets and potteries of various forms and sizes.