Jan Bartek - AncientPages.com - It’s time to once again confirm the fact that the Neanderthals were not as primitive as previously thought.

Neanderthals are our closest cousins within the human evolutionary tree. However, their pace of growth and early life metabolic constraints are still highly debated within the scientific literature. 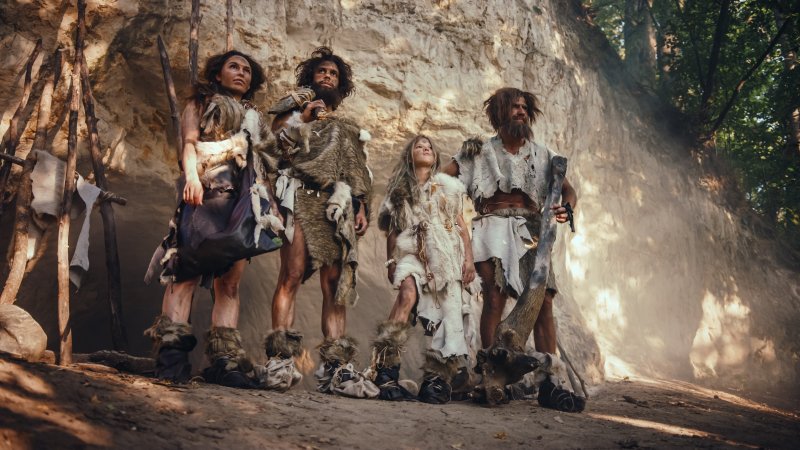 There are many similarities between Neanderthals and modern humans. Credit: Gorodenkoff - Adobe Stock

Our long-gone ancient relatives shared many of our values and beliefs. In addition to this, we have now learned the Neanderthals raised and weaned their children similarly to modern humans.

We have learned from previous studies that Neanderthals had more children than previously thought and their parents were often older mothers and younger fathers.

Now we have a little more information about the children of the Neanderthals.

Thanks to the combination of geochemical and histological analyzes of three Neanderthal milk teeth, researchers were able to determine their pace of growth and the weaning onset time.

These teeth belonged to three different Neanderthal children who have lived between 70,000 and 45,000 years ago in a small area of Northeastern Italy.

Teeth grow and register information in form of growth lines—akin to tree rings—that can be read through histological techniques. Combining such information with chemical data obtained with a laser-mass spectrometer, in particular strontium concentrations the scientists were able to show that these Neanderthals introduced solid food in their children's diet at around 5-6 months of age. 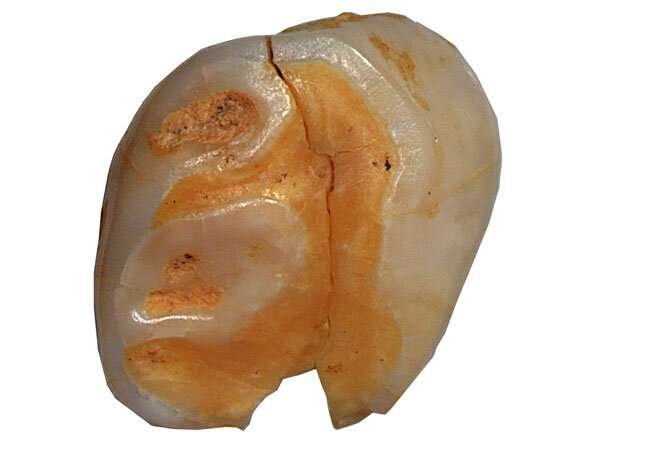 Presumably a Neanderthal child lost this tooth 40,000 to 70,000 year ago when his or her permanent teeth came in Credit: ERC project SUCCESS, University of Bologna, Italy

“The beginning of weaning relates to physiology rather than to cultural factors. In modern humans, in fact, the first introduction of solid food occurs at around 6 months of age when the child needs a more energetic food supply, and it is shared by very different cultures and societies. Now, we know that also Neanderthals started to wean their children when modern humans do,” Alessia Nava at the University of Kent, UK explained.

“This work's results imply similar energy demands during early infancy and a close pace of growth between Homo sapiens and Neanderthals. Taken together, these factors possibly suggest that Neanderthal newborns were of similar weight to modern human neonates, pointing to a likely similar gestational history and early-life ontogeny, and potentially shorter inter-birth interval,” Stefano Benazzi at the University of Bologna said.

The three milk teeth analyzed in this study were found in a limited area of Northeastern Italy, between the current provinces of Vicenza and Verona: in the Broion Cave, in the Fumane Cave, and in the De Nadale Cave. Other than their early diet and growth, scientists also collected data on the regional mobility of these Neanderthals using time-resolved strontium isotope analyzes.

"They were less mobile than previously suggested by other scholars," says Wolfgang Müller at the Goethe University in Frankfurt.

"The strontium isotope signature registered in their teeth indicates in fact that they have spent most of the time close to their home: this reflects a very modern mental template and a likely thoughtful use of local resources."

This research adds a new piece in the puzzling pictures of Neanderthal, a human species so close to us but still so enigmatic.