A. Sutherland - AncientPages.com - Cernunnos is one of the most mysterious deities worshiped by the ancient Celts. His widespread and very complex cult dates to the Bronze Age and proto Celtic period.

Even after the Roman conquest of Gaul, Cernunnos, ‘lord of wild and all things’ survived in the old beliefs and on the Romans’ votive stones. 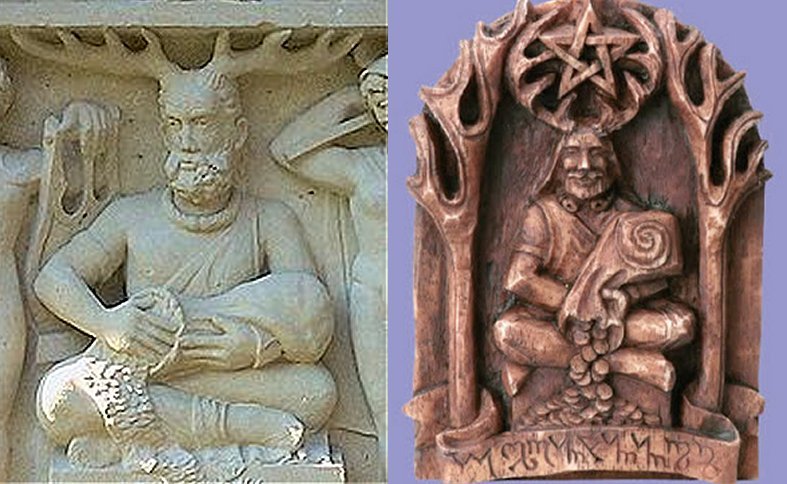 Generally, he is the god of the forest and animals, associated with animal and human fertility and identified with the cycle of seasons and associated with life, death, and rebirth. He appears in the woods as an elderly bearded man, with antlers (or horns) mounted on his head, but his cult depends on regional variations.

The earliest known depictions of Cernunnos were found at Val Camonica, in northern Italy, which was under Celtic occupation from about 400 BC, but the most famous scenes depicting Cernunnos, surrounded by various animals, are found on the Gundestrup Cauldron.

However, there is only a handful of information about the god Cernunnos, and it originates from two inscriptions from France and one from Germany.

Cernunnos was worshipped primarily in Britain, although there are also traces of his cult in Ireland. The Christian Church strongly opposed him because of his powerful pagan influence. He was used as a symbol of the Antichrist and as such figured in Christian medieval manuscripts and art.

Interestingly, Cernunnos’s name appears only once, on a first-century AD stone at Paris, which depicts the head of an elderly, bearded man wearing antlers with torcs hanging from them, and with stags’ ears. But the god himself was venerated before this period: at Camonica Valley, a site whose rock art abounds in stag imagery, a fourth-century BC image depicts a large standing figure of a god with antlers and torcs…” 2

The god has many titles including “Lord of Wild Beasts,” “Lord of the Beats,” the “Lord of the Animals, the “Horned One.”

Otherwise, he is typically depicted sitting in a cross-legged position (similar to that of yoga), this deity’s animal forms are the stag, reindeer and the horned serpent or dragon. In some other depictions, snakes form the god Cernunnos’ legs. 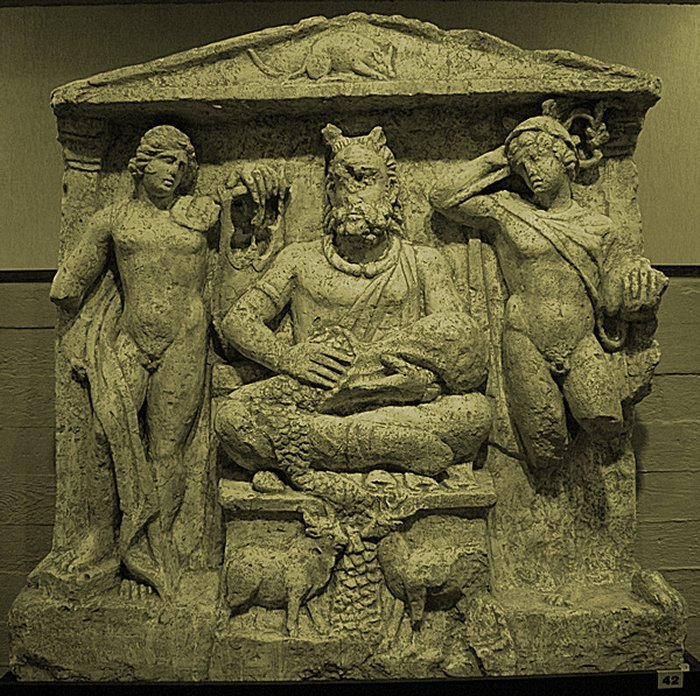 The name of the old god Cernunnos is preserved in modern folklore of Herne the Hunter and the giant Cerne Abbas. Other Celtic names for Cernunnos include Dagda. In the "Battle of Magh Tuireadh" (Cath Maige Tuired), two texts about battles fought by the Tuatha Dé Danann, the first against the Fir Bolg, the second against the Fomorians, Dagda reveals that his real name is Fer Benn ("horned man"), like the horned god of the forest, Cernunnos.

As Patron of Druids and a symbol of spiritual and magical knowledge, Cernunnos was associated with two essential attributes in form of the Staff of Life and the Cauldron of Plenty also known as cornucopia.

This is a metaphor for reincarnation and also for the cycles of time. The staff sometimes portrayed as a spear or sword, represented the God or male principle – the yang force.

Sometimes the staff was exaggerated into the form of a large club; it appears thus on the Cerne Abbas giant and in Irish stories of the Dagda…” 1

Many depictions of Cernunnos also show him with a pentagram. A carved stone figure found in Rheims depicts Cernunnos with a stag and a bull that is drinking from a stream of coins (cornucopia). This depiction is believed to mean that stags are associated with wealth.