A. Sutherland - AncientPages.com - A cornucopia ( from Latin 'cornu copiae') - horn of plenty ) is often depicted in paintings and on friezes. It is a hollow horn-shaped container filled with the abundance of something like fruit, coins, flowers, grain, nuts, or any other desirable things.

It is an ancient symbol of boundless abundance. 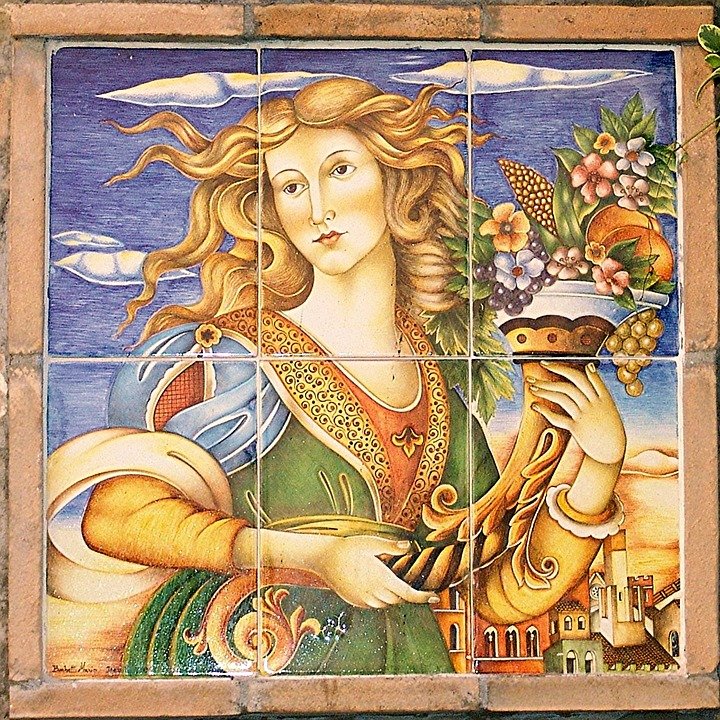 Many of us have a cornucopia at home; it can be made of plastic, wicker, metal, wood, or other materials. It can be symbolically filled with something valuable or simply beautiful.

Cornucopia – a horn of plenty – is a symbol of wealth, abundance, fertility, and nourishment, highly respected by many ancient cultures including the Celts, whose concept of abundance was the main part of their religion.

Originally, it represents a mythical symbol that originates from the Mediterranean region of Europe. In North America, the cornucopia is associated with the country’s great tradition of Thanksgiving dating back to the Protestant Reformation in 16th-century Europe but the symbol of cornucopia dates back to very ancient times.

There are several mythological explanations suggesting the origin of the cornucopia and some of them date back to the 5th century BC. Two of them are believed to be the most popular.

According to a version in Greek mythology, the cornucopia belonged to the goat Amalthea ("Nourishing Goddess"), who protected and raised the infant Zeus, who even as a little boy had enough strength to break off one of  Amalthea’s horns while playing. The horn then had the divine power to fill up with everything the owner wanted. 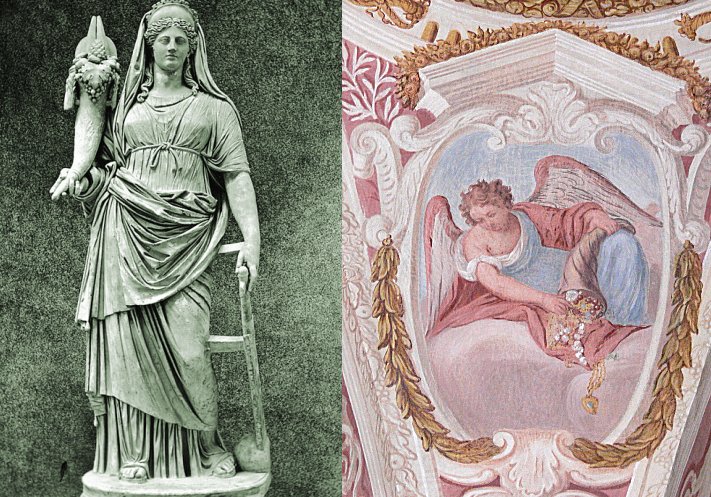 This mythological horn is known as the horn of plenty (cornucopia) and its tradition continues until today.

In another myth, the cornucopia was created during one of Heracles’ (Roman Hercules) missions to fight with the river god Achelous. During their encounter, Heracles broke off one of his horns.

Gods And Goddesses Were Often Depicted With Cornucopia

The cornucopia became the attribute of several Greek and Roman deities, particularly those associated with prosperity, harvest, or spiritual abundance.

Erecura (Aerecura), a goddess often considered to be Celtic in origin, was often depicted with attributes of fertility as the cornucopia and apple baskets. Also, Epona is associated with cornucopia, Dionysus, and Hades, the god of the underworld and ruler of the dead, who as Plouton (or Pluto), is a bringer of agricultural, mineral, and spiritual wealth. 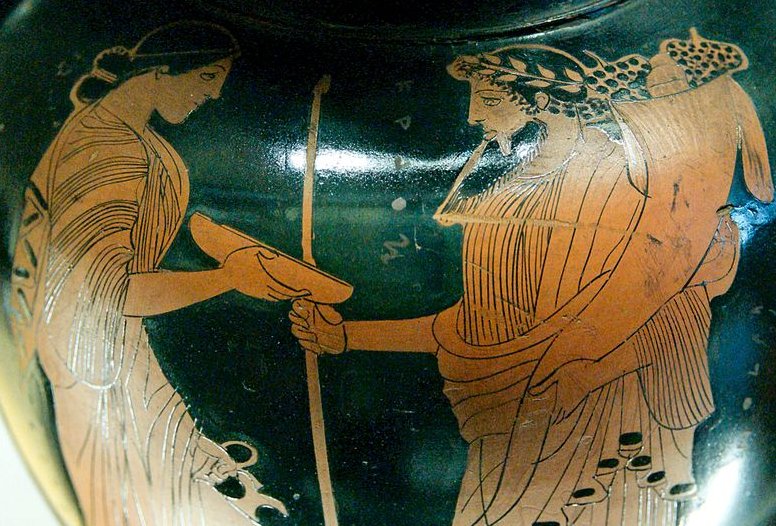 Hades (right-hand side) with a cornucopia and Persephone (left-hand side). Detail from an Attic red-figure amphora, ca. 470 BC. Image credit: Jastrow -  CC BY 3.0

In ancient Roman religion, Abundantia was a divine personification of prosperity and abundance, so she was also depicted with a cornucopia, similar to the Roman goddess of peace, Pax who cared for peace (Pax Romana) and prosperity and was displayed with attributes like an olive branch and a horn of plenty. 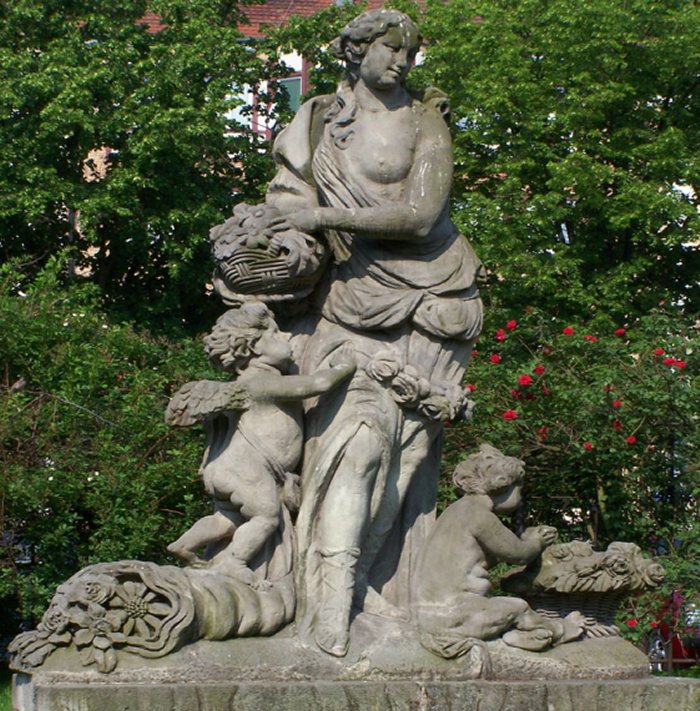 Ancient sources confirm that the cornucopia or some versions of it were found on seals and buildings and imprinted in Jewish coins during the Maccabean times.

A Symbol Of Cornucopia In Ancient Egypt

The cornucopia was also an important symbol for ancient Egyptians.

“Horus the Child (the Greek Harpocrates, the god of silence and confidentiality) was one of the best-loved. In the early centuries of the Christian era, he is shown as a child, sometimes seated in a lotus blossom, sometimes in a ship, or again enthroned as a follower of the sun god; frequently he carries a cornucopia or a jar…’ Lewis Spence writes in his book 'Ancient Egyptian Myths and Legends'.

The legendary Cleopatra VII, the last active ruler of the Ptolemaic Kingdom of Egypt struck several series of silver coins, apparently at the mint in Askalon. On one side of these coins, there is her portrait and on the reverse (back), Ptolemaic coins have extremely only a few motifs; one of them is particularly popular (more than 95 percent) and shows a symbol of a cornucopia (on gold coins).

The cornucopia is still a popular decorative motif although the symbol’s very ancient sacred meaning has long been forgotten.

Harrison J. E. Themis: A Study of the Social Origins of Greek Religion