Conny Waters - AncientPages.com -The lost kingdom of Urartu is shrouded in mystery and still very little is known about this ancient place  and the origin of its people.

A new archaeological discovery will shed more light on the Urartian civilization as  its beginnings are lost in the mists of prehistory. 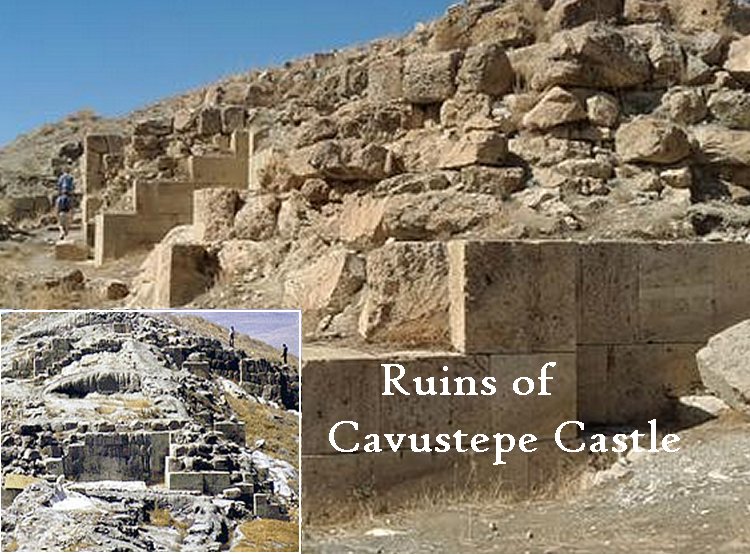 Cavustepe, on the other hand, was an ancient fortified site in the Van province, it is also known by the title of Fortress of Hayk. The structure made up of two sections of an Urartian Empire palace and the lower section of the fortress which includes a variety of buildings. The palace was built during the reign of King Sarduri II in 764-735 BC, the lower section was built around the 7th century and included a temple, kings tower, workshops, storehouses and cisterns.

A burial site belonging to the 9th century BC. Urartian royals has been discovered in the Van province of eastern Turkey, at the site of  the 2,750-year-old necropolis, which was unearthed two years ago, during the excavation at Çavustepe Castle, a fortified site in the Gürpinar district, informs Daily Sabah.

The team led by Rafet Çavusoglu, a professor of archaeology at the Van's Yüzüncü Yil University, excavated 2,777-year-old male and female skeletons, along with a silver necklace, 39 earrings, an amulet, a lion brooch and a belt depicting mythological characters.

The burial ground with a 50-square-meter (538-square-foot) area, is believed to be the resting place of aristocrats in the Urartu Kingdom. 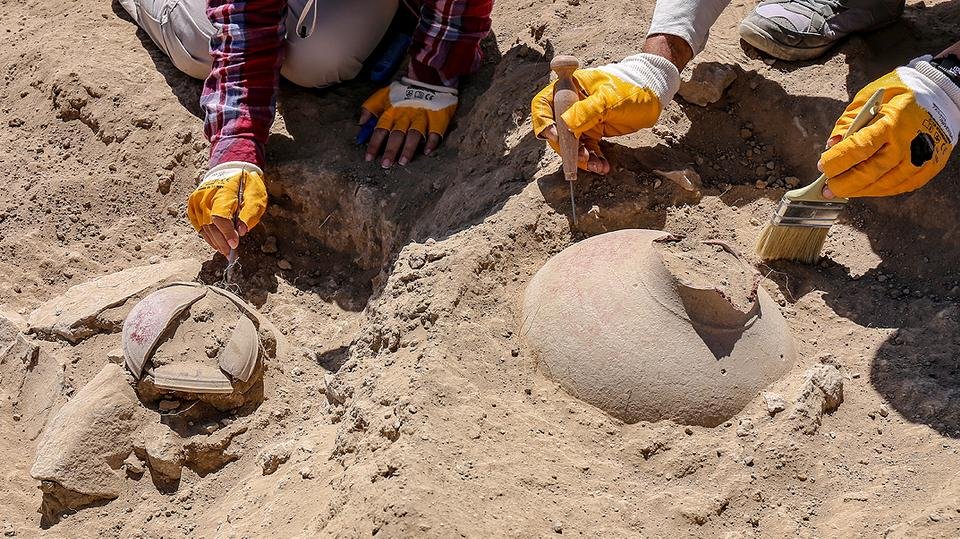 The team of archaeology experts unearth the hidden treasures of the Urartian Kingdom. (AA)

Due to its location, Van, known as the pearl of Anatolia, has been home to many civilizations for millennia. The Urartians, who are believed to have come from Central Asia, ruled the region for 247 years in the ninth century B.C.

Experts believe that the latest findings at the Urartian castle, which was built by King Sarduri II in 750 B.C., are expected to offer new information on the burial customs and the ruling class of the ancient civilization, which developed in the Bronze and Iron Age in eastern Turkey and northwestern Iran.

The kingdom mysteriously disappeared in the 6th century B.C. but was rediscovered as a distinct ancient culture by excavations, carried out in the 19th century.

"The ruling class living at the castle had been buried here. We see different styles of burials and the advent of polytheistic religion," Çavusoglu said to Anadolu Agency. He also added that the archaeologists have discovered two types of burial traditions in the necropolis.

Another interesting and important discovery is an area  covered with stones and bursting with urn vaults, measuring 5 by 10 meters (16.5 by 33 feet). Interestingly, some of the stones are placed in order, others, on the other hand, are jumbled.

For now, the experts of the team are not able to decipher the original use of the area.

"This is a very exciting development for us," Çavusoglu said, adding that this particular area is different from other sites that we have excavated in the necropolis so far."

Çavusoglu said he anticipated unique discoveries during the excavation, noting that the Urartian civilization and their way of living and behavior have always surprised archaeologists.