Ellen Lloyd - AncientPages.com - Known for her astronomical knowledge, Lady of the Stars, goddess Seshat played a vital role in the construction of sacred Egyptian buildings. She assisted the pharaoh in the Stretching of the Cord ritual to align the sacred monuments to the stars. 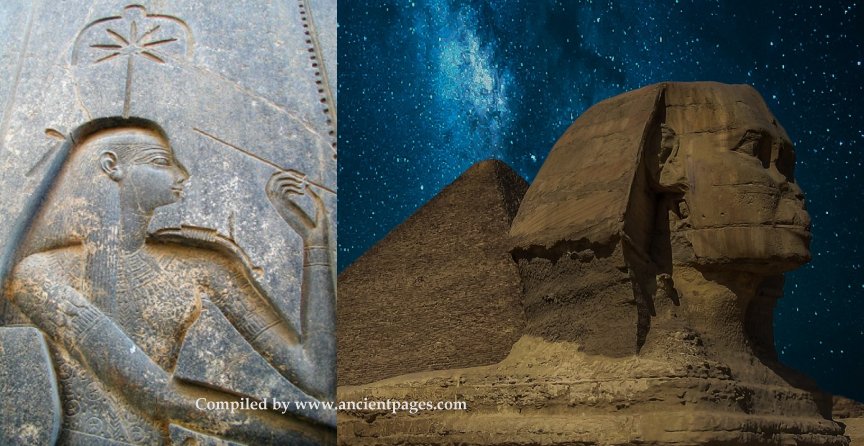 Why Was The Sacred Stretching Of The Cord Ceremony Performed?

The mysterious Stretching of the Cord ritual dates to very ancient times. It was performed by ancient Egyptian priests long before Imhotep built the Sakkara pyramid.

Imhotep was well-known for his intelligence and wisdom. Imhotep, or “he who comes in peace,” was an ancient Egyptian genius and the great architect of the world’s first known monumental stone building, the Step Pyramid at Sakkara.

As previously discussed on Ancient Pages, there is no doubt that Imhotep was a mastermind. Still, it remains unknown from whom he acquired his vast knowledge of astronomy and the art of stone masonry.

One possibility is that Imhotep was a member of the mysterious Shemsu Hor, who were followers of Horus. The Shemsu Hor were semi-divine kings in predynastic Egypt. According to sacred ancient Egyptian texts, the Shemsu hor were present in Egypt during the Golden Ages of the original divine kings, and they remained there long after these kings ascended back to the stars.

The Shemsu Hor inherited sacred knowledge of the pyramids, the Sphinx, and the surrounding energy fields.

In ancient Egypt, the orientation of the buildings was of great importance because the Pharaoh received his power from the Northern Stars. 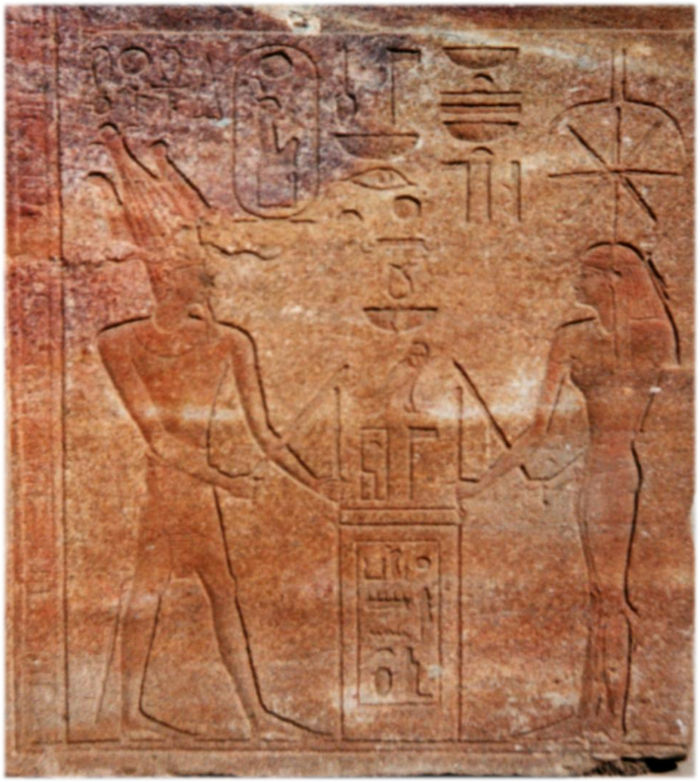 The stretching of the cord ceremony in the temple of Karnak. Credit: Lothar Derstroff - CC BY-SA 3.0

The Pharaoh conducted the sacred ceremony, Stretching of the Cord, to orient the temples and tombs before building them.

Together with Goddess Seshat, the Pharaoh stood with a hammer in one hand and a pole in the other. Seshat held the same objects in her hands and pulled a cord wrapped between their respective poles.

The Pyramid Texts described the ceremony as: “I have grasped the stake…I take the measuring cord in the company of Seshet. I consider the progressive movements of the stars. My eye is fixed upon the Bull’s Thigh [Ursa Major]. I count off time…and establish the corners of the Temple.”

This method helped the pharaoh determine the location of the Northern stars from whence came his power and where his soul traveled. Possessing this vital knowledge, the Pharaoh was able to begin the construction of sacred buildings.

Goddess Seshat Could See In The Dark 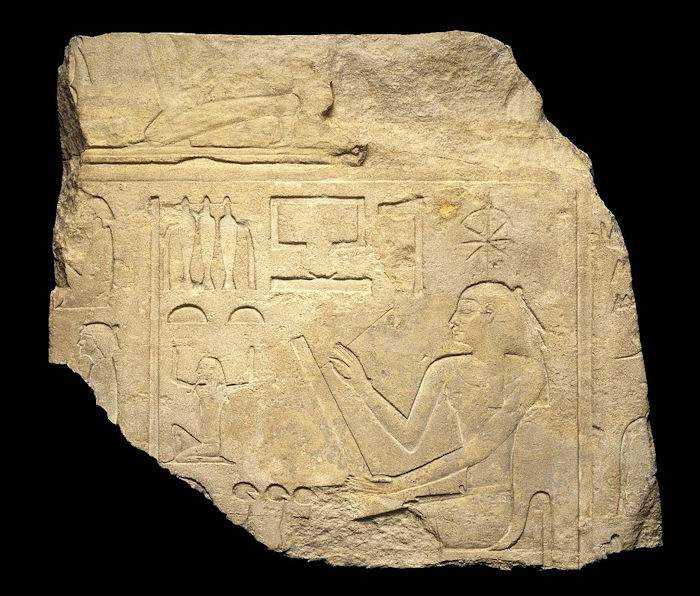 Intriguing Goddess Seshat was one of the most intelligent deities of ancient Egypt.

In some Egyptian accounts, Seshat is referred to as the wife of Thoth, the Egyptian God of science, literature, writing, and keeper of sacred books. In some texts, she is identified as his daughter and, at other times, as his wife.

She was known as Lady of Builders and patron of the sacred books and libraries.

To Egyptians, the number 7 was one of the most sacred numbers. Often depicted wearing panther skin and a headband with a seven-pointed star and bow, Seshat possessed the ability to see in the dark. Seshat also wore a golden tiara with a stem surmounted by a seven-pointed star.

One of her most important tasks was to record the years that each king reigned, and she was sometimes shown writing the king's name on the leaves of the Persea tree, a sacred tree in ancient Egypt.

Goddess Seshat, a divine time-keeper, recorded calendar events by observing the cycle of the stars. Much of her knowledge was considered so sacred that it was never shared beyond the ranks of the highest professionals, such as architects and certain scribes.

Seshat, the goddess of accounting, architecture, astronomy, astrology, building, mathematics, and surveying was someone who would today be called a great scientist.

E. C. Krupp - Echoes of the Ancient Skies: The Astronomy of Lost Civilizations

Robert Bauval - Imhotep the African: Architect of the Cosmos

Geraldine Pinch - Egyptian Mythology: A Guide to the Gods, Goddesses, and Traditions of Ancient Egypt