AncientPages.com - Great Native American Chiefs had unusual names, but how exactly did they get their names?

To become an Indian chief, you had to prove that you were strong, brave, and a great leader.

A name was by no means final. Indians often changed names when they became adults. Certain changes in a one’s life also led to a new name. For example, a great achievement, or special event, gave the Indian a new status within the tribe. 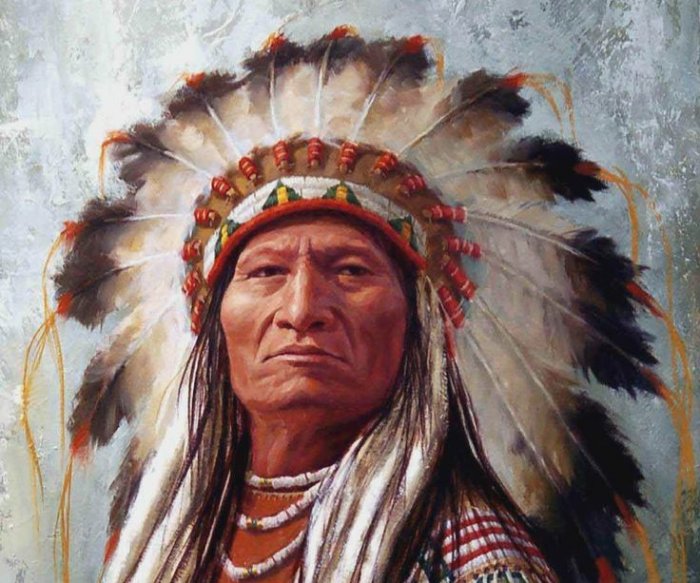 Sitting Bull who was a Teton Dakota Indian chief under whom the Sioux tribes united in their struggle for survival on the North American Great Plains was named Jumping Badger at birth.

When Jumping Badger was fourteen years old he accompanied a group of Lakota warriors  in a raiding party to take horses from a camp of Crow warriors. Jumping Badger displayed bravery by riding forward and counting coup on one of the surprised Crow, which was witnessed by the other mounted Lakota. Upon returning to camp his father gave a celebratory feast at which he conferred his own name upon his son. The boy’s new name "Buffalo Bull Sits Down", and it would later be abbreviated to "Sitting Bull". 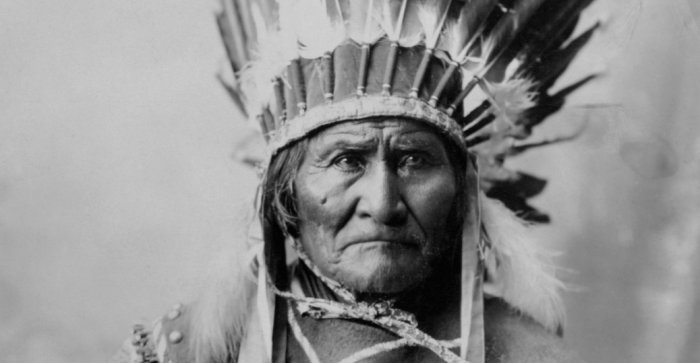 Apache chief Geronimo (1829-1909) was called “One Who Yawns” by his parents. Why the Mexicans called Apache chief Geronimo (Spanish for Jerome) is not certain. Some believe it was a Spanish attempt to pronounce the name Gokhlayeh. Others maintain that his enemies prayed aloud to Saint Jerome whenever the Apache leader struck.

Crazy Horse (1842-1877) was a principal war chief of the Lakota Sioux. He took up arms against the United States Federal government to fight against encroachments on the territories and way of life of the Lakota people, including leading a war party to victory at the Battle of the Little Bighorn in June 1876. As a child he was called “Curly”. Crazy Horse was named at birth Cha-O-Ha ("In the Wilderness" or "Among the Trees", meaning he was one with nature.) His mother's nickname for him was "Curly" or "Light Hair" because as his light curly hair resembled that of his mother.Just as Sitting Bull, the Sioux had to prove his courage as a young boy which he did and he became known as Crazy Horse.  His father, born in 1810, was also named Crazy Horse.

Other Indian chiefs got their names in similar ways.