A. Sutherland - AncientPages.com - Celtic tradition describes the Fomorians as rather terrifying giant creatures, horribly deformed and often mistaken for demons.

It is said that this race of ugly beings descended from Noah’s son Ham, whom Noah had cursed and on account of this terrible curse, the Fomorians became one-legged and one-armed monstrous beings. 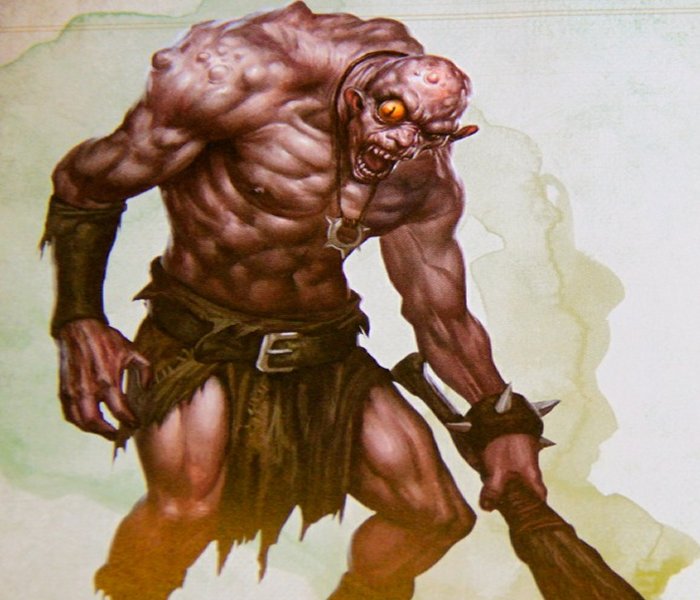 One Fomorian with stubby legs and long arms did not resemble another with a dwarfish right arm and a normal left arm, or yet another with two or even three heads and only one eye or three on his head.

According to Fomorian beliefs, a child without any mutation is born without any noticeable personality either. They were only accustomed to seeing their own mutated bodies and a child who was born – “normal” with all fingers and toes, was doomed to be killed as a monster. 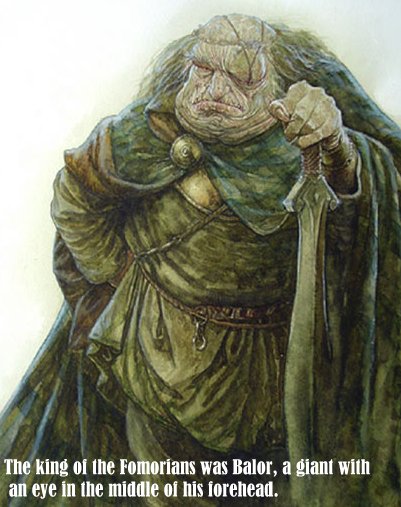 The Fomorians (Old Irish: ‘Fomoire’) are a supernatural race in Irish myths. These giants were associated with the powers of nature such as fog, storm, winter, and disease.

They were said to have come from the sea or under its surface and they were some of the earliest inhabitants of the British Isles, who occupied occupying both Scotland and Ireland.

Ireland had never seen anything more terrifying than the army of prehistoric Fomorians, who mercilessly raided and plundered Ireland from the sea.

The term ‘Fomorian’ was analogous with - disease, plague, and disaster.

The king of the Fomorians was Balor, a giant with an eye in the middle of his forehead.

According to the tradition, they conquered the first invaders of Ireland - the Partholón (or "Parthalán") people who invaded Ireland and settled there, introducing cattle, the building of houses, and made all four plains cleared and habitable. After some years, they all died of the plague in a single week.

Thirty years later, came the Nemeds who like those who settled Ireland before him, had a genealogy going back to the biblical Noah. The Nemeds managed to win four battles with the Fomorians but after nine years, thousands of the Nemeds died of the plague. 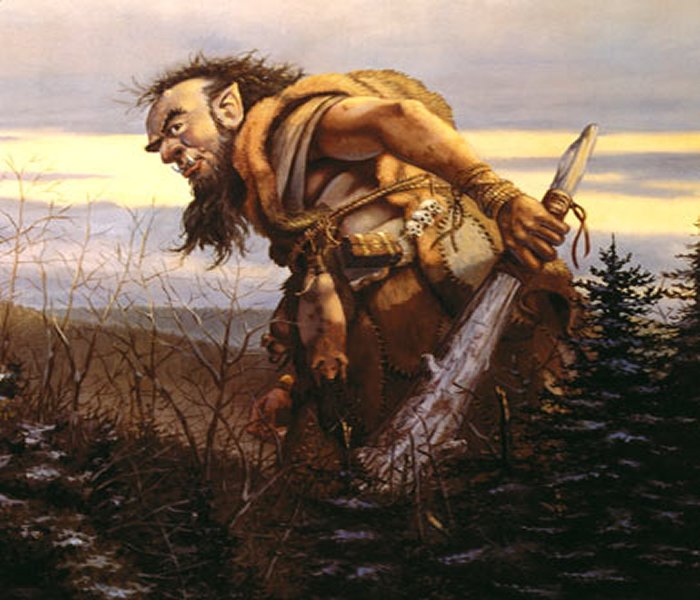 The mysterious Fomorians were again victorious until the Firbolgs, the third group of invaders arrived and subdued the Fomorians. Firbolgs were the earliest historic race of Ireland. They were pastoral people of Greek or Eastern origin. Researchers believe they originated from a branch of the great Celtic race, which passed through Europe, rounded the continent's shores, and finally, made Ireland their resting place.

The  Firbolgs (from “Fir Bholg” – the “Men of Bags or Sacks”), had a name given to them during their Greek exile. They were forced to make arable land by covering rocks with earth, which they carried in bags. They lived peacefully with the Fomorians and most probably focused their lives on agriculture.

They also preferred to avoid contact with other sentient races. They were both the most intelligent and the most powerful of the giant race.

The Tuatha De Danann defeated the Irish giants and attempted to forge a ceasefire with the Fomorians. This attempt failed due to treachery from one side that resulted in a terrible war between the two races that ended in the Fomorians’ downfall.