AncientPages.com - Remains of at least 50 people, all believed to date from 11th and early 12th century, have beeen discovered during demolition work to make space for new tower.

The bones of men who may have witnessed the tumultuous events of 1066 in Westminster Abbey, when one king was buried and two were crowned in a year, have been discovered along with the skeleton of a three-year-old child buried under Victorian drainage pipes just outside the wall of Poet's Corner.

"What the child is doing there is one of the many unanswered questions," abbey archaeologist Warwick Rodwell said, "but it is a feature of many ecclesiastical sites that you find the remains of women and children in places where you might not quite expect them." 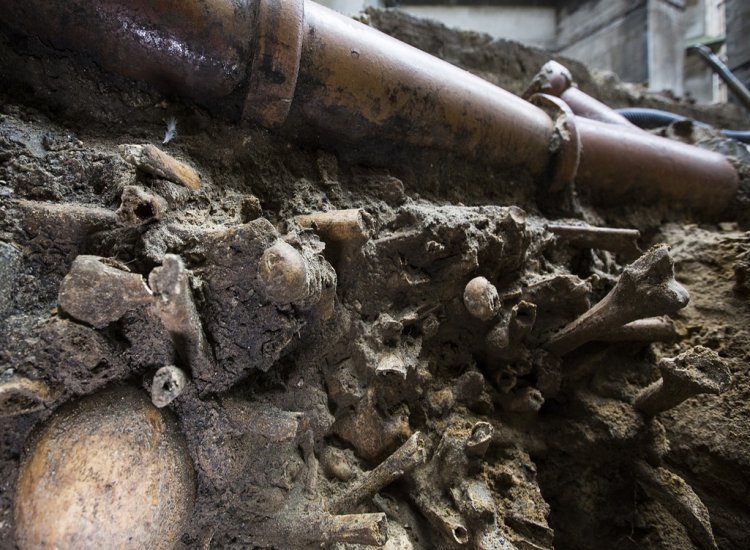 A Victorian pipe can be seen supported by a collection of bones that were found among the stepped footings of the south transept. Photograph: Dan Kitwood/Getty Images

The skeleton, too small and poorly preserved to determine the sex without further scientific tests, appears to have been a person of some status, since he or she was buried in a wooden coffin, unlike some of the monks buried nearby. The child was far too young to be an abbey apprentice or servant, Rodwell said.

The remains of at least 50 individuals, all believed to date from the 11th or early 12th century - including a man buried in a grand coffin made of Barnack stone from Northamptonshire, whose skull was stolen by Victorian workmen - were found by the archaeologists after a 1950s lavatory block was demolished to make space for a new tower, which will eventually bring visitors up into the attics of the building. 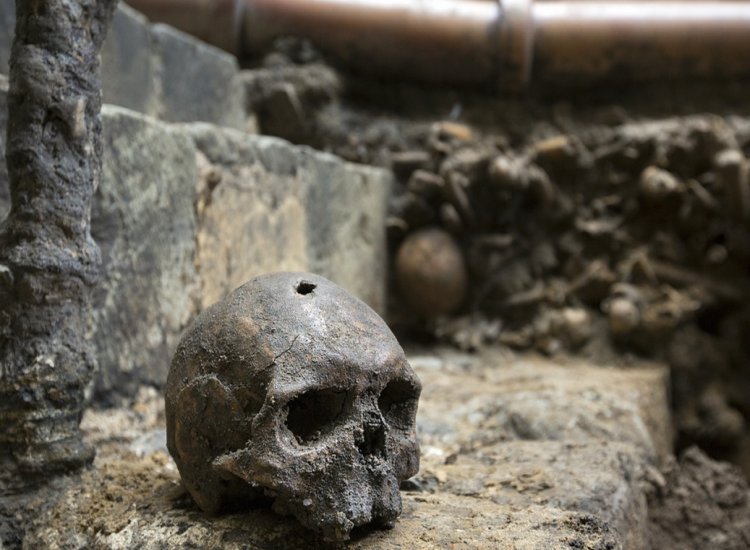 Some of the skulls found among the footings of Westminster Abbey’s south transept have square holes left by the pickaxes of 13th-century workman. Photograph: Dan Kitwood/Getty Images

Many of the bones, including skulls and leg bones stacked up into dense piles like firewood, were found under Victorian drainage pipes. These remains were placed there more than 500 years earlier by workmen building the great new abbey, which cost Henry III the then staggering sum of £45,000. Some skulls have square holes left by the pickaxes of Henry's workmen.

Paw Jorgensen, who supervised the excavation by specialist firm Pre-Construct Archaeology, said they had originally been buried in a small burial ground just outside the south transept walls. The highest status individuals, the kings, queens and most senior clergy, would have been buried within the church itself, but the newly found remains were close enough to indicate they probably were those of senior clergy. 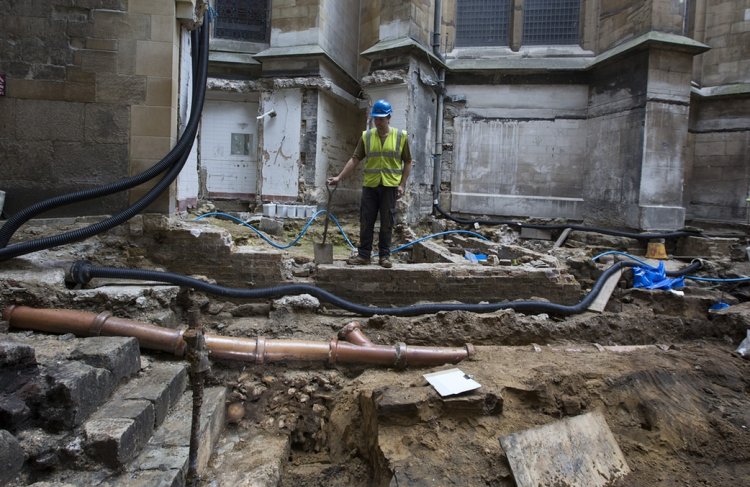 When Henry demolished Edward the Confessor's church and began his own massive construction project, the land was dug up, and they were all reburied in a layer under the surface of what was the 13th-century masons' yard, littered with chips of the stone used to build a platform to take the enormous weight of the new building.

The Victorian workmen, from the time when Sir George Gilbert Scott was carrying out extensive restoration work on the building, certainly disturbed further burials. They moved the stone coffin so it no longer blocked a new window lighting the lower chapter house and incorporated it into a new brick wall. Curiosity overcame them, and they jemmied up the lid - probably hoping that some important clergyman would have been buried with valuable objects - breaking a corner of the stone: his skeleton still lies inside, but his skull is gone. 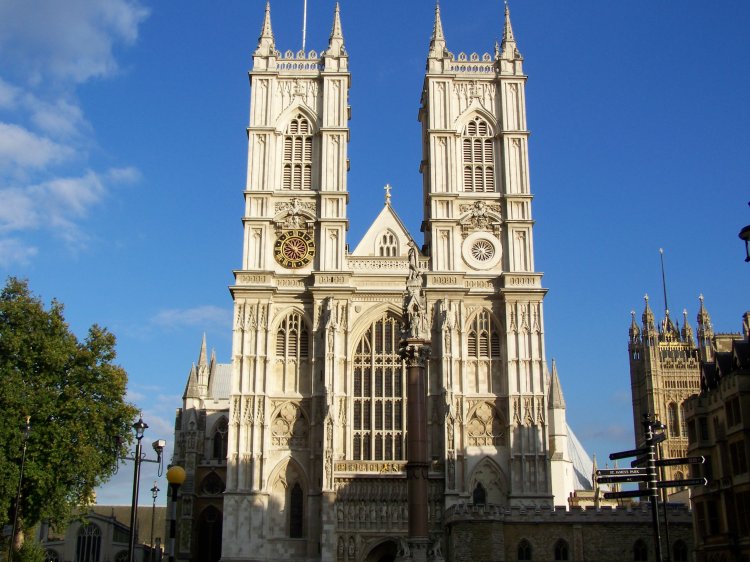 Rodwell, who has been peering in with a flashlamp, intends to clear the rubbish that fell in over centuries and see if the workmen missed anything. If the dead man was an abbot, he should have been buried with a chalice and cover at his side.

The skeletons found still lying in their graves, some carefully lined with chalk blocks in a style known from late Anglo-Saxon or very early Norman burials, were badly decayed by water trickling down from leaks in the Victorian pipes. But the bones of people moved by Henry's workmen are in good condition, and scientific tests could reveal more about their age, health, and where they came from.

The burials are particularly exciting for the archaeologists because they date from such an early period, when there are many unanswered questions about the great abbey, now an Unesco World Heritage Site.

Only a few blocks of chalk have been found from the presumed original Anglo-Saxon church, which was replaced with a huge new church by Edward the Confessor.

The only image of his church is in the Bayeux Tapestry, the cartoon strip embroidery made from witness accounts depicting the Norman invasion of 1066. It shows Edward's death and burial on 6 January 1066 in his church which was so new that men are shown still at work placing a weather vane on the roof.

His brother-in-law Harold is said to have been crowned king in the abbey on the same day, but 10 months later lost his kingdom and his life to William the Conqueror at the battle of Hastings. William was crowned in the abbey on Christmas Day that year.

The latest skeletal discovery takes the number of individuals known to have been buried in the abbey to 3,350, but more bones are expected to resurface as the last of the lavatory block - "built as solidly as a nuclear bunker, it's proving a nightmare to demolish", according to Jorgensen - is removed.

After the study all the remains will be reburied in the grounds of the church where they have lain for almost 1,000 years.