Inside one of them researches found several dozen long beaks and skulls of large birds assembled into something looking like a collar, a head dress, or armour. 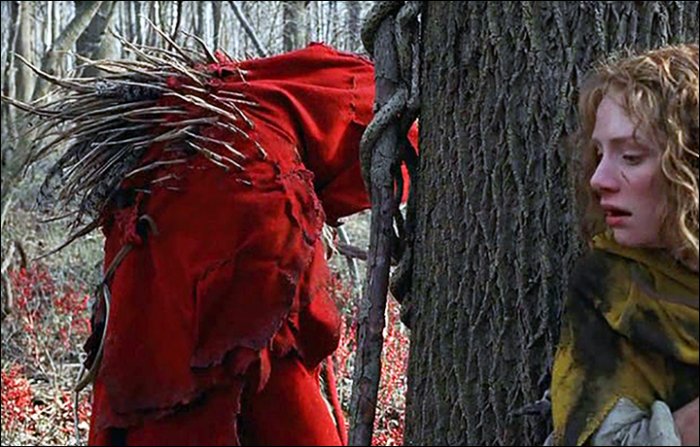 ‘Nothing of this kind was ever found as part of Odinov culture in all of Western Siberia’ said researcher Lilia Kobeleva from Novosibirsk Institute of Archeology and Ethnography.

‘Why do we think this was a part of clothing? The beaks were assembled at the back of the skull, along the neck, as if it was a collar that protected the owner when he lived here.’

Another version is that the beaks - numbered between at least 30 and 50 - were a part of a ritual costume. 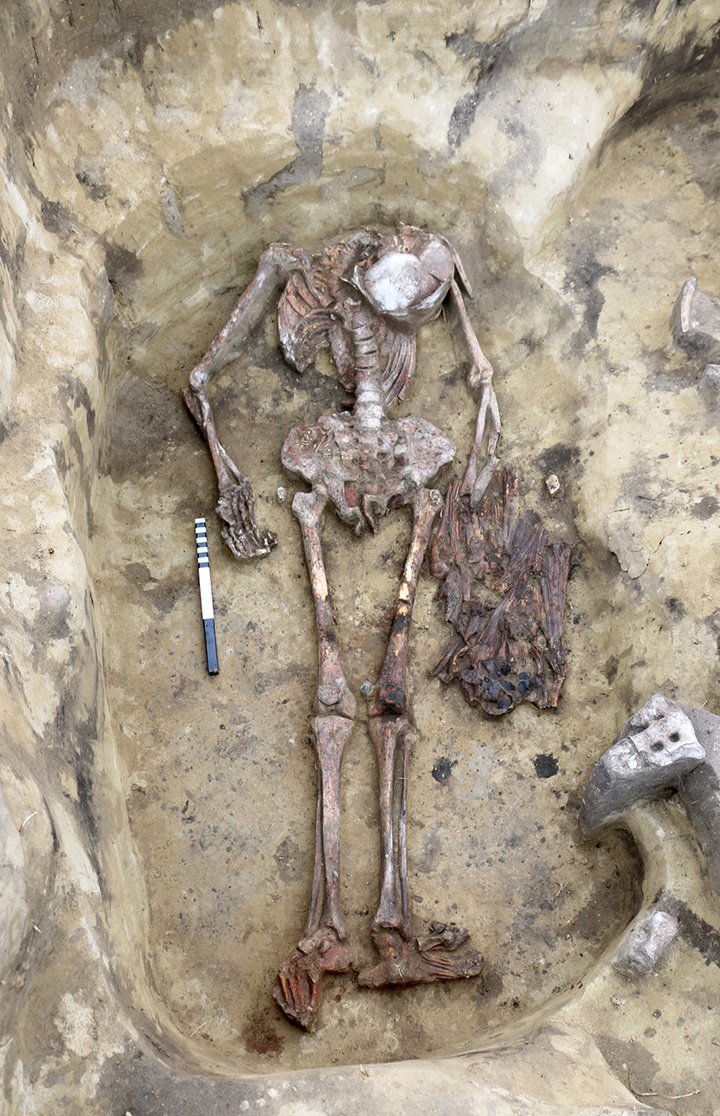 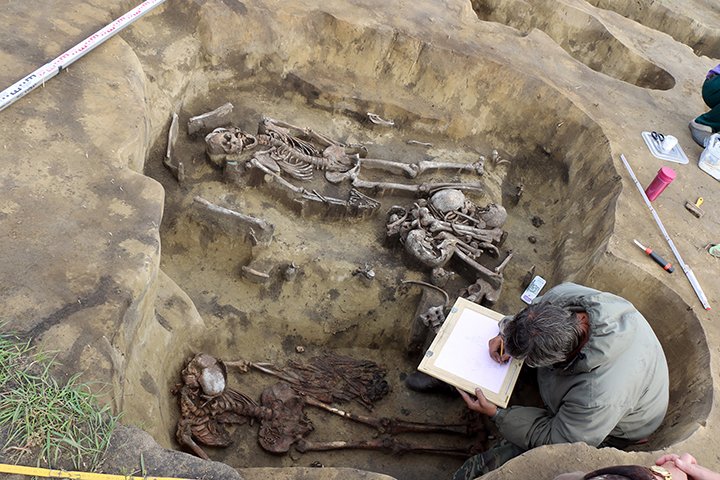 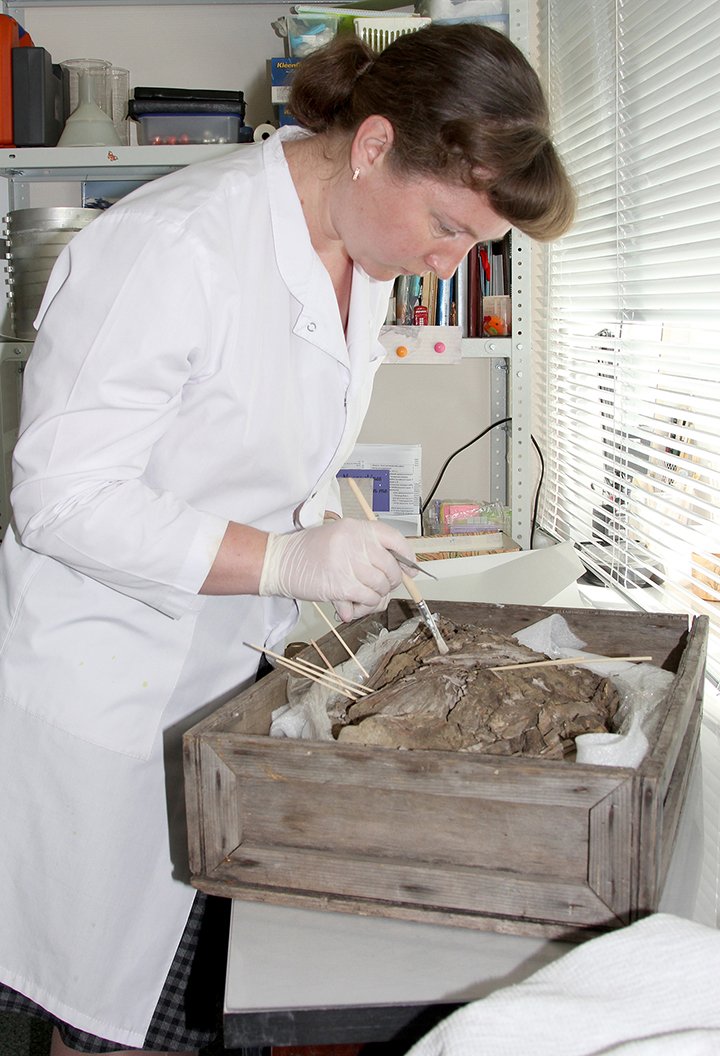 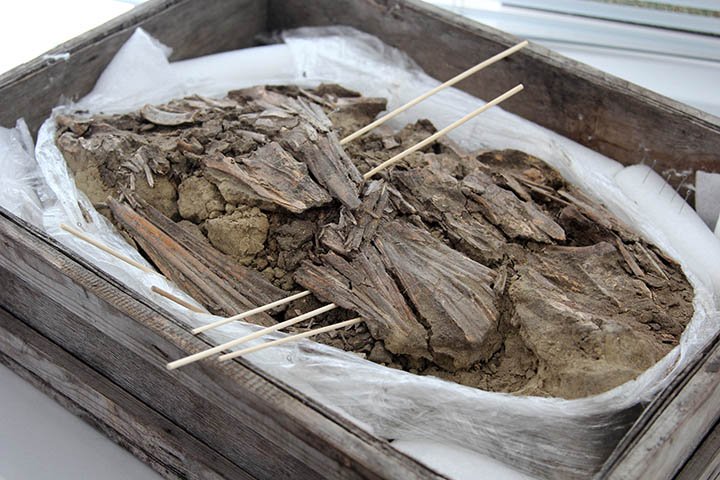 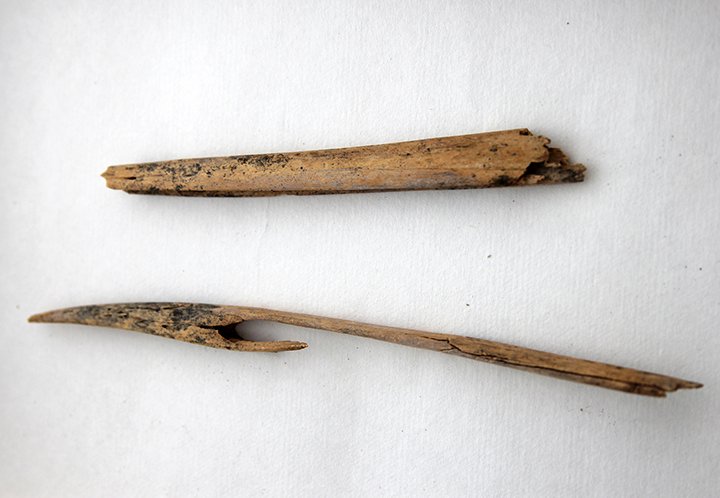 The type of birds will be determined later by ornithologists, but likely they were cranes or herons.

It is also not clear how the beaks were attached to each other, or to fabric, as the scientists haven’t found mounting holes.

Months will be spent to separate and study the beaks.

Like jewellers, Novosibirsk institute’s restorers will have to use the finest instruments and the smallest brushes in order to reveal the full wonder of this ancient creation.

Who was this person that 5,000 years ago wore clothing, or an armour, made of bird beaks?

Close to the ‘BirdMan’ burial the team of archeologists found a double-layered grave with two children aged approximately 5 and 10 buried on top.

Underneath them, separated with a wooden overlay, lay a skeleton of a grown-up man - and a treasure trove of artefacts.

The most exciting item looked like a pair of spectacles, consisting of two bronze hemispheres and a bronze bridge.

It lay right next to the man's skull.

Traces of organic matter were found inside the hemispheres of the ‘spectacles’.

Experts believe the item could have been part of either a burial mask, or a head gear. 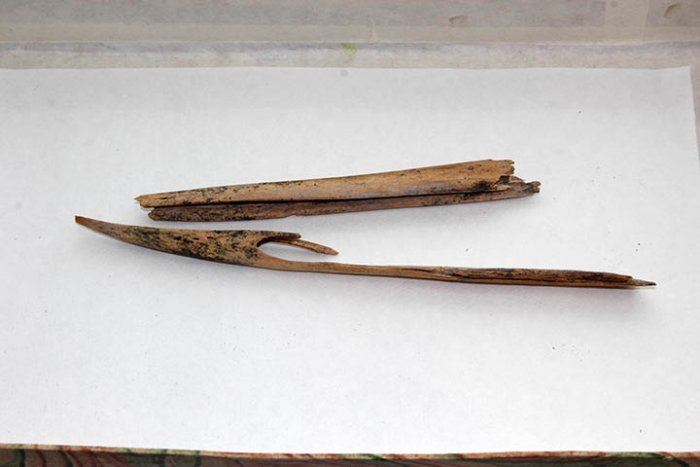 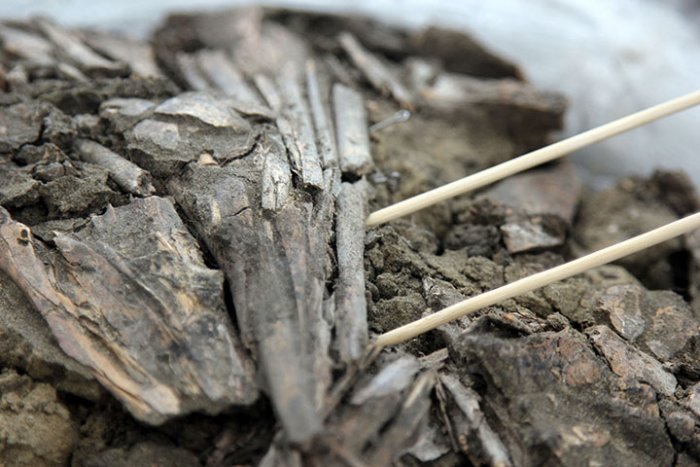 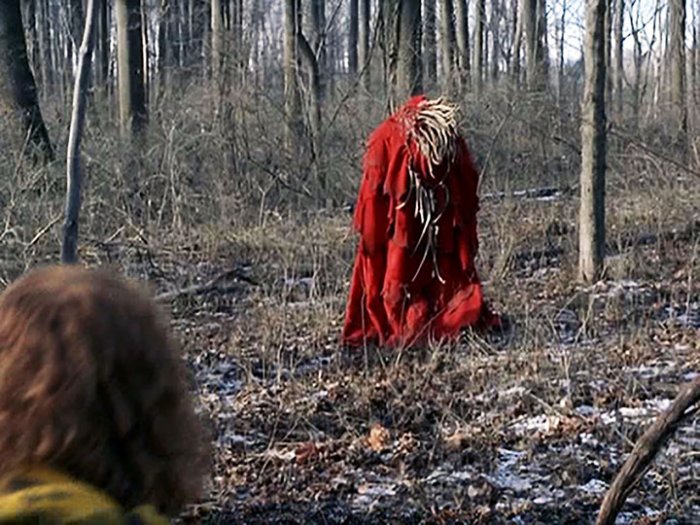 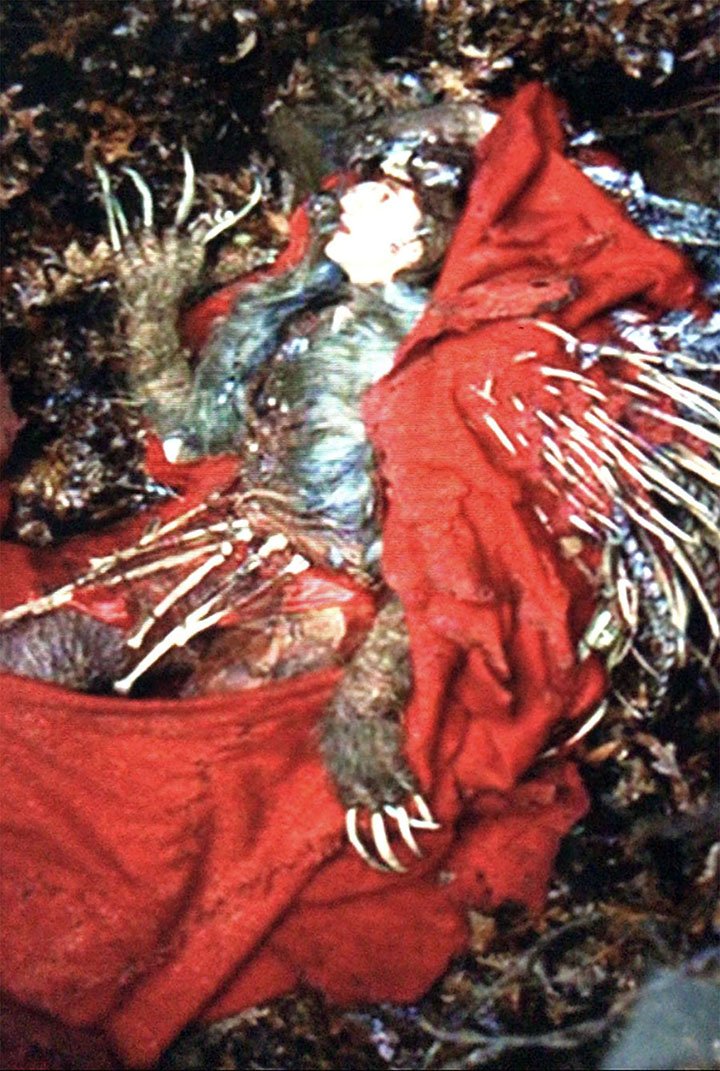 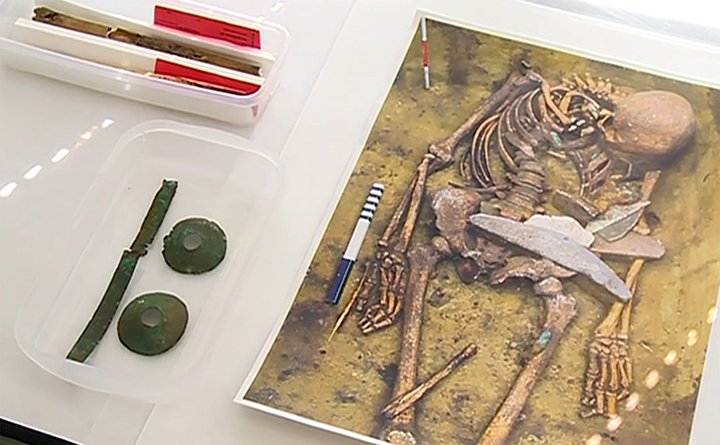 Two unique burials of the Odinov culture (early Bronze) were unearthed last year at the Ust-Tartas site in Novosibirsk region. Pictures: Institute of Archeology and Ethnography, The Siberian Times

Next to the man's left arm and around the waist lay five polished crescent-shaped stone pendants, used for rituals.

‘These are unique items, we are very excited indeed to have found them,’ said Lidia Kobeleva.

‘Both men must have carried special roles in the society.

‘I say so because we have been working on this site for a while and unearthed more than 30 burials.

'They all had interesting finds, but nothing we found earlier was as impressive as discoveries in these two graves.

'We suppose both men were some kind of priests.’ 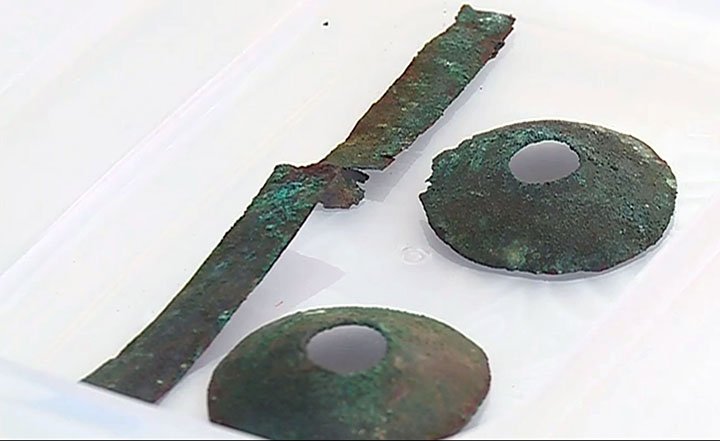 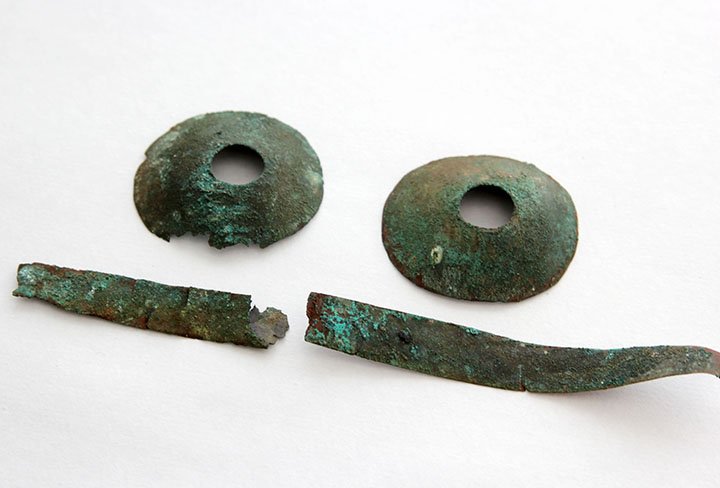 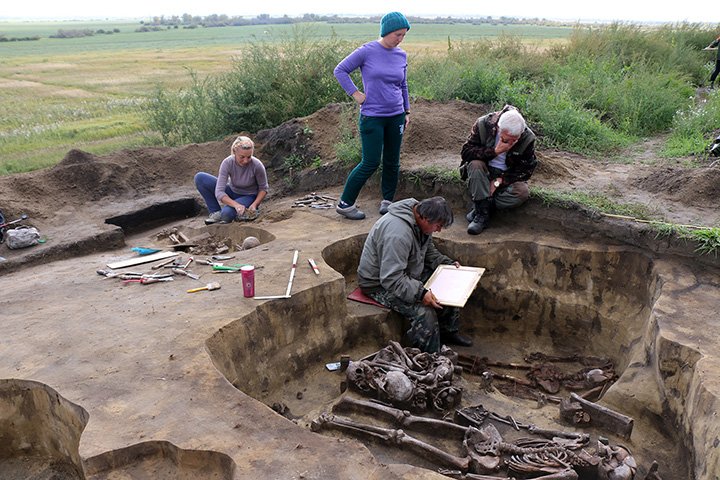 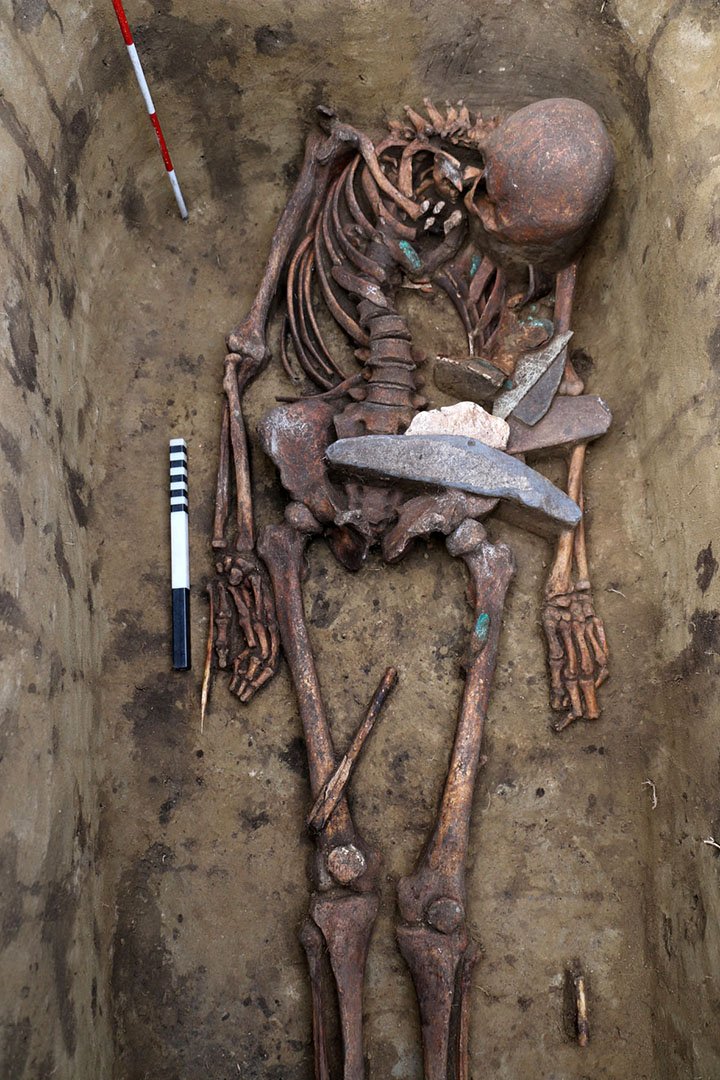 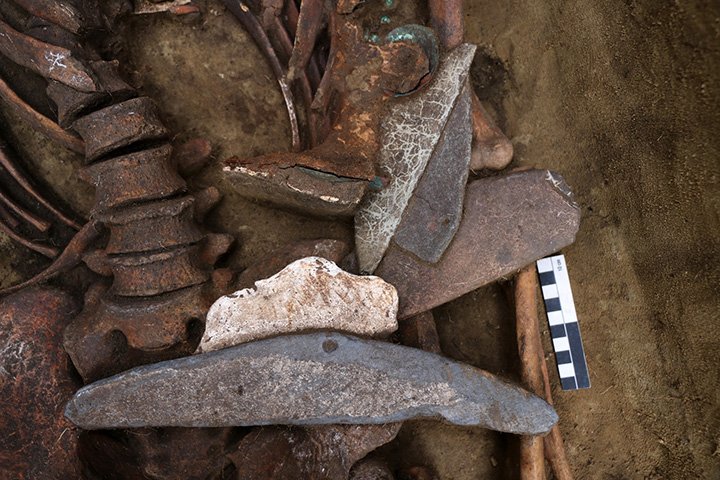 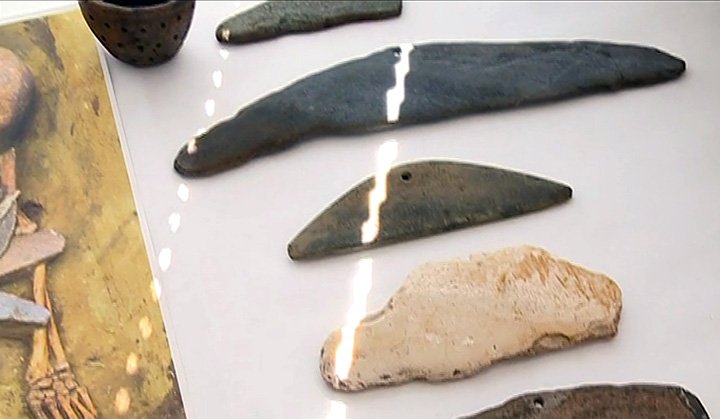 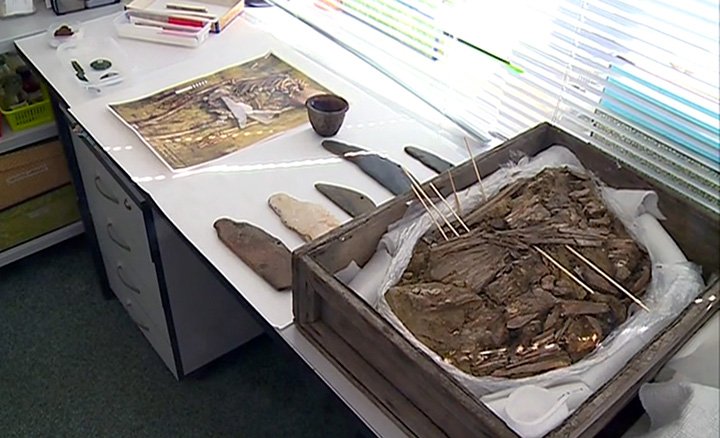 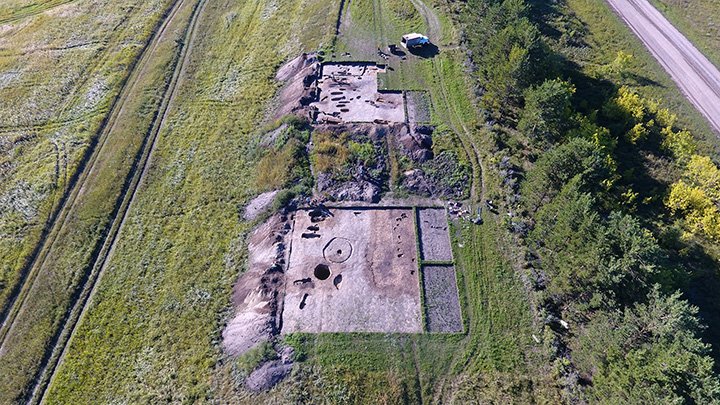 Bronze 'spectacles' found inside the 5,000 yo burial, and pictures from the Ust-Tartas archaeological site in Western Siberia. Pictures: Institute of Archeology and Ethnography, The Siberian Times

The Odinov culture is the beginning of the Bronze Age archeological culture of foot hunters named after the settlement Odino in the basin of lower Ishim river in Western Siberia.

The culture is dated to the 18th to 16th centuries BCE, but may be older. The Odinov culture is an island surrounded by forest-steppe type cultural array.

Its settlements are situated along the terraces of the rivers and creeks. Insufficiently known dwellings appear to be dug-outs.

It is thought that Odinov culture rose from Eneolithic forest- steppe cultures in the Ishim area.

This article was originally published by The Siberian Times and has been republished with permission. The original article can be read here.