Ellen Lloyd - AncientPages.com - Unlike many females in other ancient cultures, Viking women were powerful, dominant, and had a prominent role in society.

This is a Viking legacy that is still notable in Scandinavia, where women expect to be treated as equals. Scientists have acknowledged Viking women were much more prominent than previously thought based on numerous archaeological discoveries. 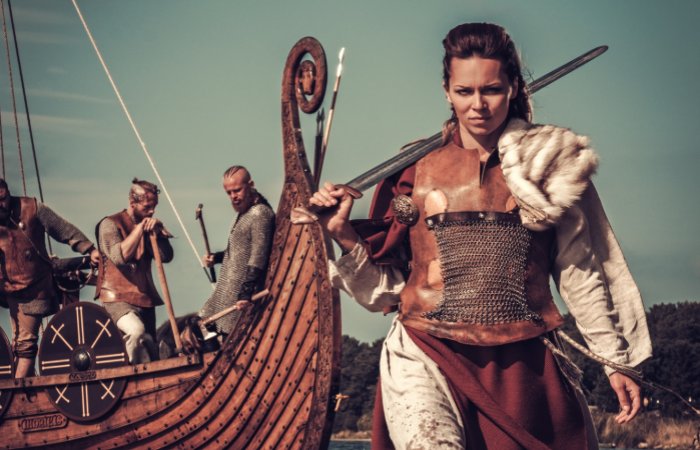 Archaeologists have discovered many graves that contain remains of female Viking warriors.

“It was long assumed that the ancient tomb in the Viking town of Birka belonged to a man of great military importance. Later, comprehensive DNA studies revealed the Birka warrior was, in fact, a woman.

The Birka tomb is not the only example that clearly shows women often participated in battles during the Viking Age. There are many similar tombs in Sweden, Norway, and Denmark that offer physical evidence of female Viking warriors.” 1

Crossing the path of shieldmaiden Freydis Eiriksdottir, the hot-tempered daughter of Erik the Red, could lead to death easily.

A Viking Woman Could Choose Her Husband

We have discussed the importance of marriage and divorce in the Viking society before. For now, let us simply say that marriage in Viking society was not forced upon women.

“For example, a woman could file for divorce if she had been abused three times or sexually neglected for three years.” 2

Viking Women Did Inherit And Could Become Traders Or Business Partners

It cannot be denied that Viking men often preceded women as heirs, but a woman could inherit vast areas of land or a large amount of money.

“A variety of evidence confirms that women could, and a not-insignificant percentage did, become considerable landholders. They could also become traders and business partners.

One of the main Scandinavian ventures on the North American continent was significantly bankrolled by a woman – a woman who moreover betook herself on the journey. (During the American winter, she is said to have driven her husband to murder several companions while she herself took an axe to their wives. 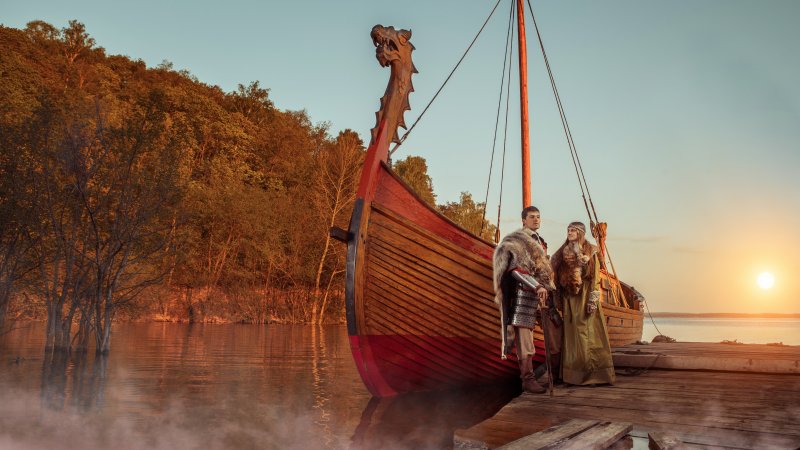 Viking women often sailed with their husbands and they could become traders or business partners. Credit: Adobe Stock - diter

It may well be that even that most macho of early Scandinavian business activities, organized piracy (“Viking” in the proper sense of term) was practiced by women. The War of the Gaedhil with the Gaill refers twice to a “red girl” who headed up a Viking band in Ireland and invaded Munster in the tenth century, and as any reader of literature knows, there are numerous legends of “fierce and imperious women”. 3

All these numerous legends are so consistent that scholars long suspected they must have some basis in reality, and indeed they do.

We should not forget that Mythical shieldmaidens did exist, and archaeologists have found evidence that female fighters might have roots in actual historical events.

Being fierce warriors, one can easily imagine how Viking males returned home after raids and spent their resting. This may have been done, but Viking males were afraid of household work, and they helped women cook, bake and clean the house.

Archaeologists have discovered Viking Age graves in which men and women have been put to rest with the same kitchen tools which is a clear sign demonstrating gender equality.

Norse Female Shamans Held A High Rank In The Society

Women who engaged in sorcery held a high status in the Viking society and they were respected because they could predict the future, cure and cause illness and help warriors on the battlefield with their magical power.

Some years ago, a very mysterious grave was discovered in Denmark. What is especially interesting about this particular discovery is that it seems this was the resting place of a Völva, who was a Norse female shaman. 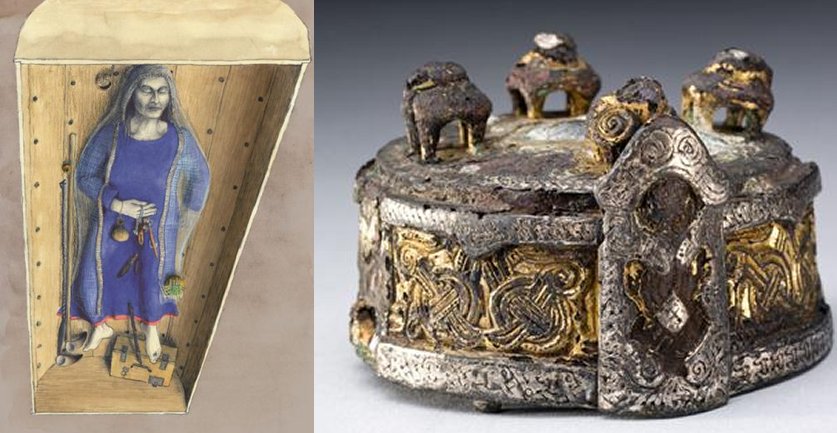 Several puzzling ancient artifacts were found in the tomb that indicates whoever was buried here was by no means an ordinary person, and scientists could confirm the importance of women who practiced shamanism in the Norse society.

Although men dominated ancient Scandinavia, it is evident that  Viking women were strong, independent, and had substantially more rights than women in other ancient societies.