AncientPages.com - Ancient Romans came up with many inventions that we still use today. Over 2000 years ago, they invented the hypocaust, a heating system used in homes and baths.

Only wealthy homes could afford the hypocaust, but the hypocaust was the closest thing to central heating today.

The Stoic philosopher and statesman Seneca wrote that several patrician homes had “tubes embedded in the walls for directing and spreading, equally throughout the house, a soft and regular heat.” 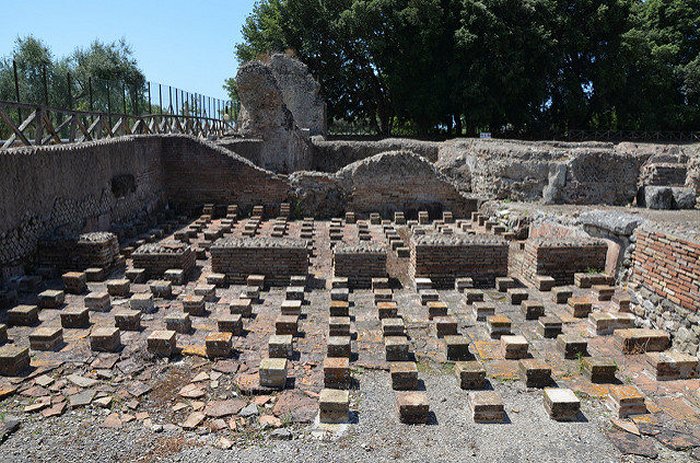 The main use for hypocausts was found in the large public bathhouses. Credit: Carole Mage

The warm air moved around the building through spaces under the floors and between the walls. The floor was raised above the ground by pillars made of brick, mortar or concrete, usually about two feet high so that hot air could circulate under it. A furnace composed of a continuously burning fire would be built under one corner of the room, so the hot air would circulate under the floor and inside flues built into the walls and warm the room.

The Hypocaust was kept going by slaves, who kept a fire blazing in a furnace to heat warm air. 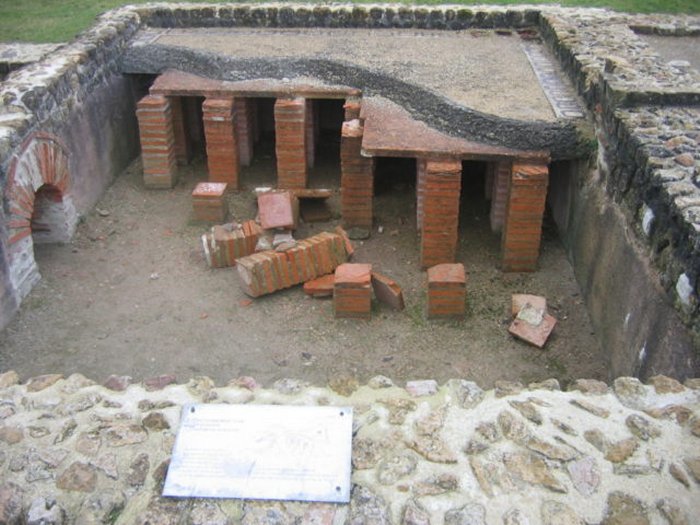 Hypocaust under the floor in a Roman villa in Vieux-la-Romaine, near Caen, France. Credit: Wikipedia

With decline of the Roman Empire, most public baths fell into disrepair, and the hypocaust was disused. However, the heating system continued to be built and used in the Early Middles Ages and was adopted for the heating of the hammams, an Islamic variant of the Roman baths.

Archaeological remains of hypocaust systems have been discovered throughout parts of Europe where Roman culture once flourished.