Conny Waters - AncientPages.com - A team of Turkish scientists and archaeologists discovered the remains of A 2,500-year-old Aphrodite Temple in the Urla-Cesme peninsula in Turkey's west.

A compilation photo of the artifacts found at the temple. MSGSÜ via Anadolu Agency

Elif Koparal from the Mimar Sinan University, who is leading the excavations in the area, said that the surveys in the area started in 2006. Stating that it is known that the peninsula is a Neolithic period settlement, Koparal said that thanks to this study, an important social and economic network emerged in the whole region.

Around 460 settlements and landscape elements, including sacred areas, tumuli, paths, terraces, villages, and farms used in ancient times, have been found in the region. Information about the economic and social relations of the people living in the region, whose history dates back to 6,000 B.C., was also obtained during the research. 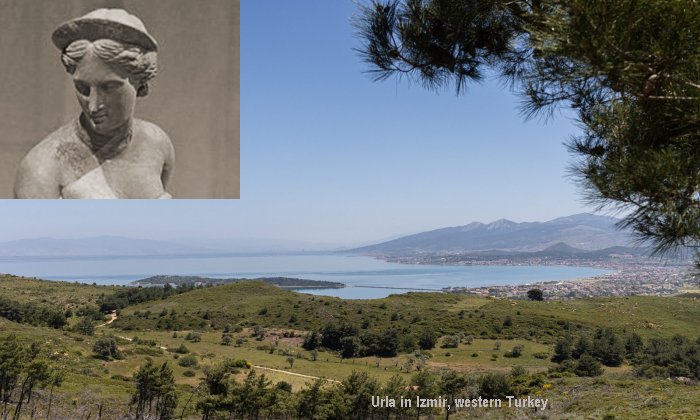 Explaining that in the findings they obtained, they noticed that people settled at a certain distance from each other at that time, Koparal said, “During our surveys, we found the Temple of Aphrodite belonging to the fifth century B.C.” Aphrodite is an ancient Greek goddess, a symbol of love, beauty, pleasure, passion, and procreation.

As to the temple, the researchers consider the temple is an exciting find and that its ruins are very impressive, Aphrodite was a very common cult at that time.

The finds that we have indicate that there is the Temple of Aphrodite in this region. It is not common to find a temple during a surface survey. The area was not within reach by car. It can be reached with a one-and-a-half-hour walk from the alley,”  explained Koparal adding that the team. found a statue piece of a woman on the floor, and then a terracotta female head figure. 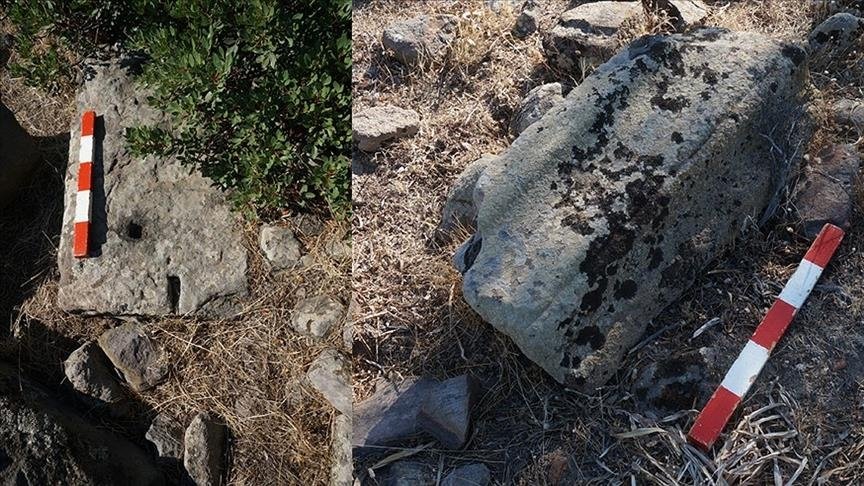 Artifacts found in the ruins of Aphrodite Temple. source

"From the findings, we understood that there must have been a cult area in the region. As we scanned the epigraphic publications, we understood that it was most likely the Temple of Aphrodite. There is also an inscription around the temple. It sets the border with the statement, ‘This is the sacred area,’” Koparal said, adding that they also revealed the temple plan by scanning through the soil, as cited by Hurriyet Daily News.

Stating that the figurine got damaged due to erosion and rain, Koparal said, “But what it tells us is very important.” Pointing out that the surveys are quite arduous, Koparal said that it was very exciting to get findings and information from the past.

Speaking to Anadolu Agency, Koparal said they also obtained important information about tumuli where the graves of notable people of the society were located, and caves, which were almost entirely used as sacred areas. Now it's important to protect such ancient remains against treasure hunters and urbanization.

Efforts are being made with the local people to preserve the historical artifacts, Koparal said, adding that they also have guards to protect the artifacts against the treasure hunters in the region.