A. Sutherland - AncientPages.com - Aqar Quf, currently an archaeological site of the ancient city of Dur Kurigalzu (or the “Fortress of Kurigalzu”) is located in central Iraq, 30 km northwest of Baghdad, on the left bank of the Euphrates. 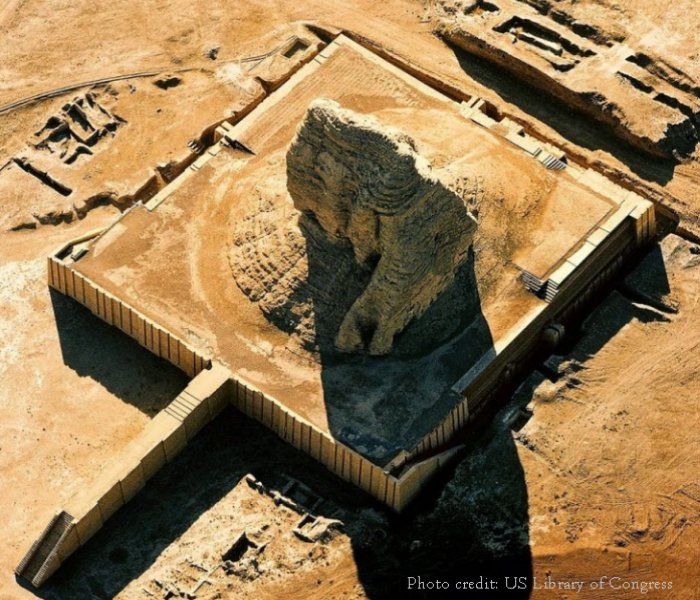 It was founded in the 14/15th century BC by the Kassite King Kurigalzu I, (c. 1400–c. 1375) and later the city was several times controlled by the Assyrians and Elamites and in the middle XI century BC destroyed by the Syrians.

The ancient site, which was made up of several tells, was the capital of Babylonia during the reign of the Kassite dynasty (ca. 1600 BC – 1155 BC). 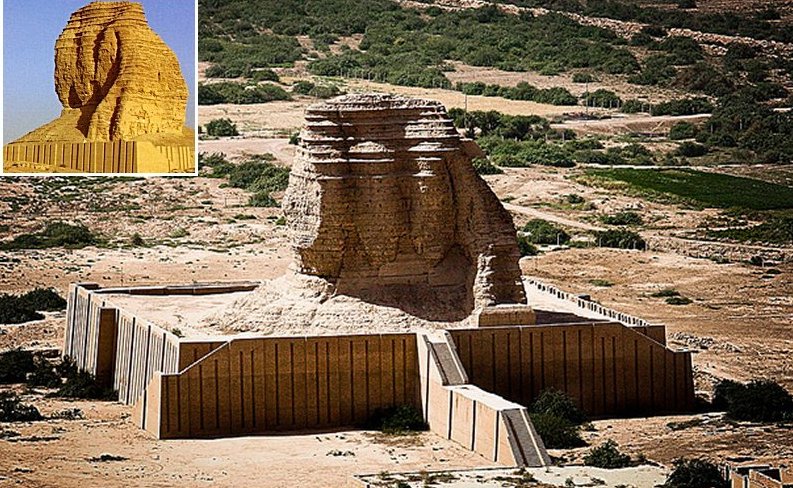 After the fall of the Kassite Dynasty, the city was abandoned by the late 14th century AD.

Around the 1940s, an Iraqi and British team led by Taha Baqir and Seton Lloyd found approximately a hundred clay tablets and fragments of a statue decorated with texts in Sumerian. It is a representation of the Kassite King Kurigalzi, who reigned over all of Mesopotamia from his city of Kurigalzu.

Additionally, excavations revealed the ruins of Aqar Quf ziggurat, approximately 3,500 years old. The lowest terrace of the ziggurat ruins was restored and the structure’s foundations are 69 by 67.6 meters.

The ziggurat - dedicated to the god Enlil - is an unusually well-preserved building, with mud-brick core that still stands to a height of about 170 feet on the flat plain in the vicinity of Baghdad. Other structures included three temples and a palace, where the walls of the corridors, were found decorated with numerous male figures (perhaps court dignitaries), and several sanctuaries.

Interestingly, archaeologists also stumbled upon the remains of another place, which existed there at least a century earlier and was probably called Daksa or Parsa.

At its peak, the city with several ramparts, extended over an area of 225 ha.

The original homeland of the Kassites is not well-known, but appears to have been located in the Zagros Mountains, (now the Lorestan Province of Iran). 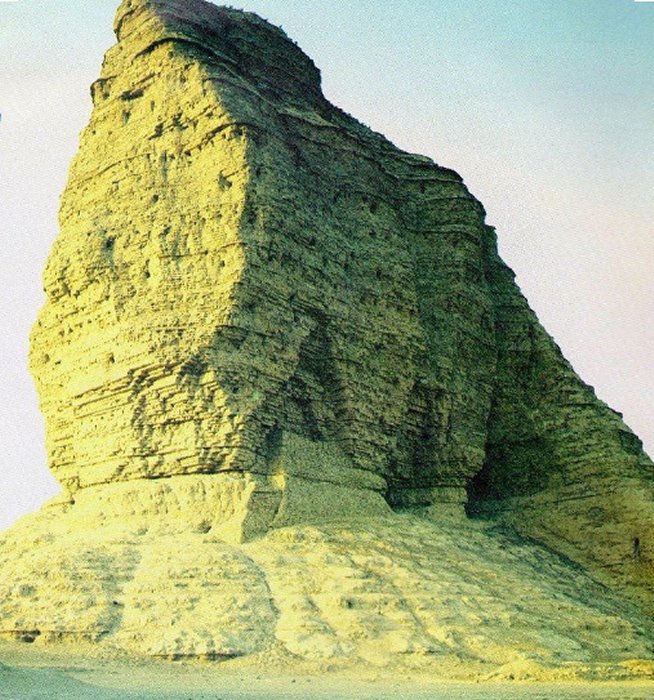 The ziggurat of Dur-Kurigalzu was built in the 14th BC by the Kassites’ king Kurigalzu. The central structure is composed of sun-dried bricks. Source

They were a warlike people that invaded Babylon during the 16th century BC and ruled the area for almost six centuries. It is claimed that their rule was the longest in the history of ancient Babylon.

Vanished City Of Pasargadae: Capital Of Achaemenid Empire Under Cyrus The Great

The Kassites were powerful rulers and their royal cities were powerful as well. In addition to Babylon and Dur-Kurigalzu  (Aqar Quf), almost equal city of Nippur was the most important provincial center. Nippur once virtually abandoned c. 1730 BC, but later rebuilt in the Kassite period, as well as Larsa, Susa, and Sippar.

Among the achievements of the art associated with the rule of the Kassites, is the production of modeled bricks. From it, temples decorated with a frieze from burnt brick were erected. This technique was later taken over by the builders from the New-Babylonian period and by the Persians.

Their capital city, Dur-Kurigalzu, was destroyed around the 12th century by the Elamites and the city was burned.