A. Sutherland - AncientPages.com - The history of Mari is rather obscure, but it is known that it was an ancient kingdom and an important political and commercial center on the western bank of the Euphrates in modern Syria close to the Iraqi frontier.

Mari became prosperous due to its beneficial geographical location on the northern trading route between Syria and Mesopotamia, in close vicinity of Mediterranean Sea, Assyrian area to the north-east and Babylonia to the south-east. 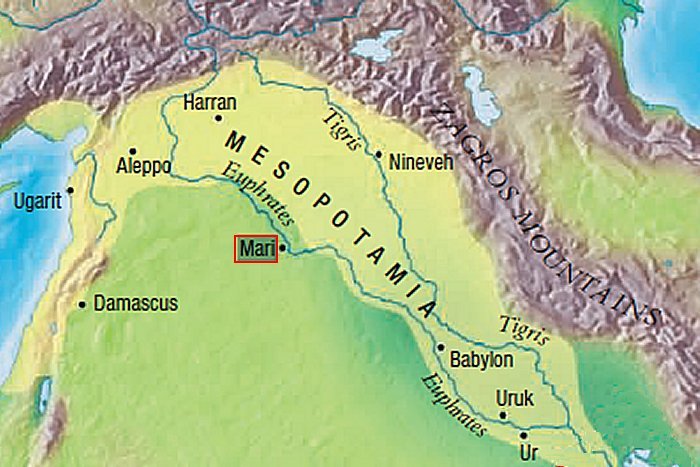 Main sources of our knowledge about Mari, dated to about 3,000 BC, come from Sumerian references and the Ebla tablets, which mention that the relations between ancient city of Ebla and Mari were rather close but not always – peaceful.

Mari was occupied by the Akkadians, Sumerians and at the turn of the 19th / 18th century BC by the Amorites, a powerful Semitic-speaking people from Syria who also occupied large parts of southern Mesopotamia from the 21st century BC to the end of the 17th century BC.

About 1740 BC, the prosperous Mari was captured by an Amorite, Shamshi-Adad I (c.1809 BC – c. 1776 BC) who was a successful conqueror of many other lands. The kingdom was independent between c. 1800 and 1750 BC and about 1700 BC it was destroyed by King Hammurabi, who concealed for future generations, a vast cuneiform archive, which was not discovered until 1933.

Some sources, however, say that Hammurabi took the city without fight.

A dynasty of Mari is mentioned in the Sumerian King List as the 10th dynasty after the Flood, and it was approximately contemporary with the time of the First Dynasty of Ur. 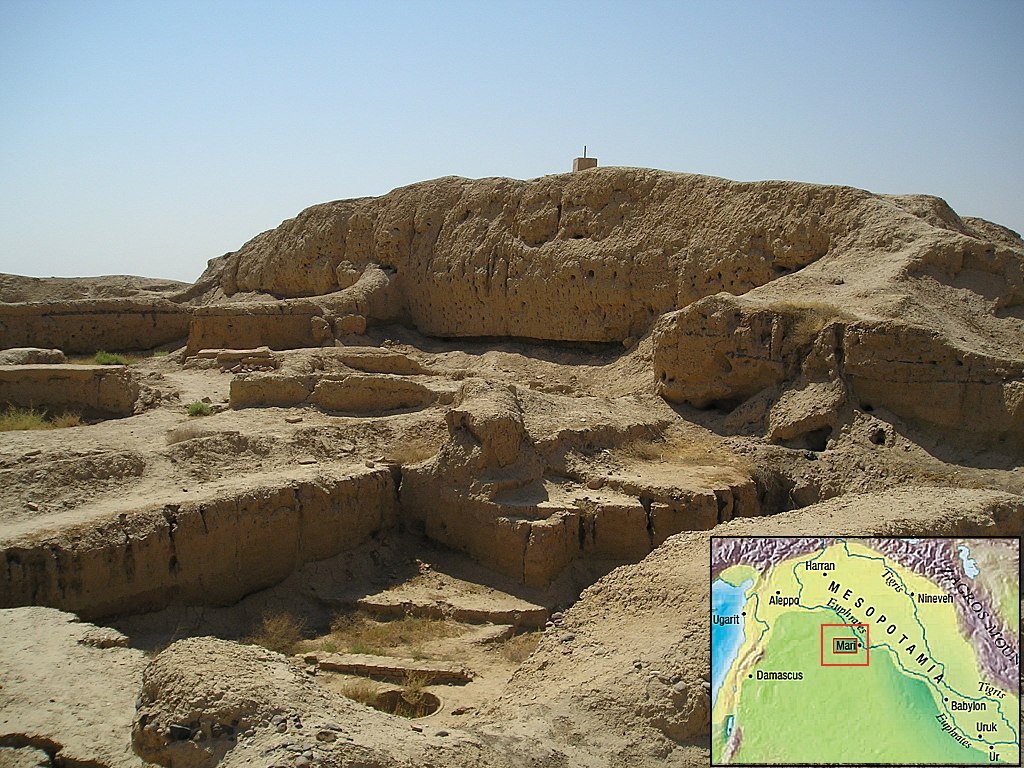 The ruins of Mari were discovered accidentally in 1933, when Bedouin tribesmen were searching through a mound called Tell Hariri, Syria for a gravestone that would be used for a recently deceased tribesman.  The first artifact, they noticed was a headless statue from the times of Mari.

Three Important Deities Of The City

It is believed that the city was named after Mer (Mera), an ancient storm deity of northern Mesopotamia and Syria, who was also the patron of the city. It was his home and he was one of the three important patron deities of Mari.

Another deity was Addu/Adad, the Storm god depicted as the brave and fearsome warrior-god responsible for continuous victories and all successes of the kings of Mari. While in Mari, his worshippers emphasized his and destructive character,  in Sumerian beliefs, he was Iškur (Ishkur) with much more peaceful character. 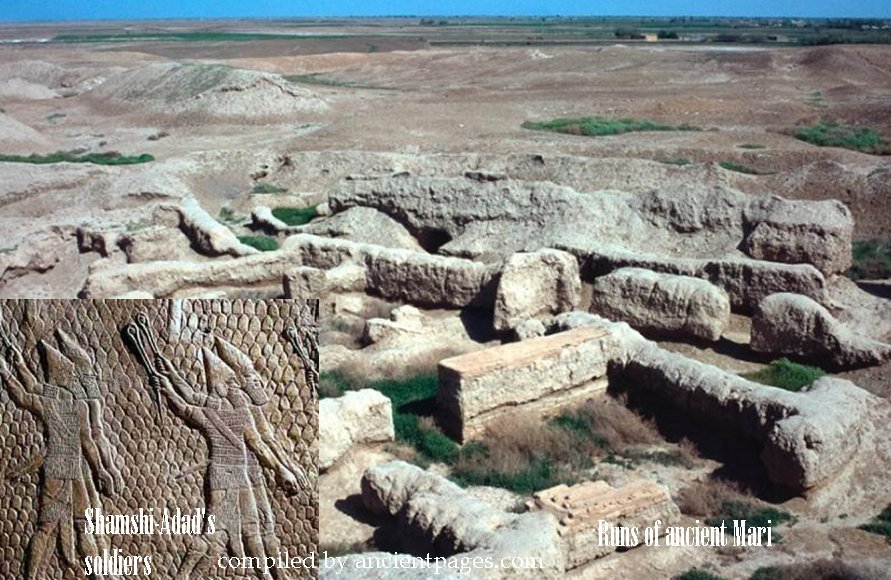 It is said that Iškur/Adad's father was the sky-god Anu, but in Sumerian literature, Iškur is rather the son of Enlil. Iškur/Adad was also associated with divination and justice.

The third deity, Dagan (commonly worshipped in the late 3000 BC/2000 BC) was the city’s most important god worshipped across the entire Middle Euphrates region.

Even if there are no significant mythical references to the three most important gods of Mari (Ilu-Mer, Adad, and Dagan), it has been suggested that their role was of great importance not only in Mari but also across the entire Mesopotamia.

Thousands Of Cuneiform Tablets And Palace of Zimri-Lim, The Last Ruler

The ancient Mari has been excavated in several archaeological campaigns, which revealed more than 25,000 clay tablets in Akkadian language written in cuneiform and artifacts, now stored in the Louvre, Paris and Museums of Damascus and Aleppo, Syria. The tablets provide a detailed account of the Assyrian Empire in the late 18th century BC. 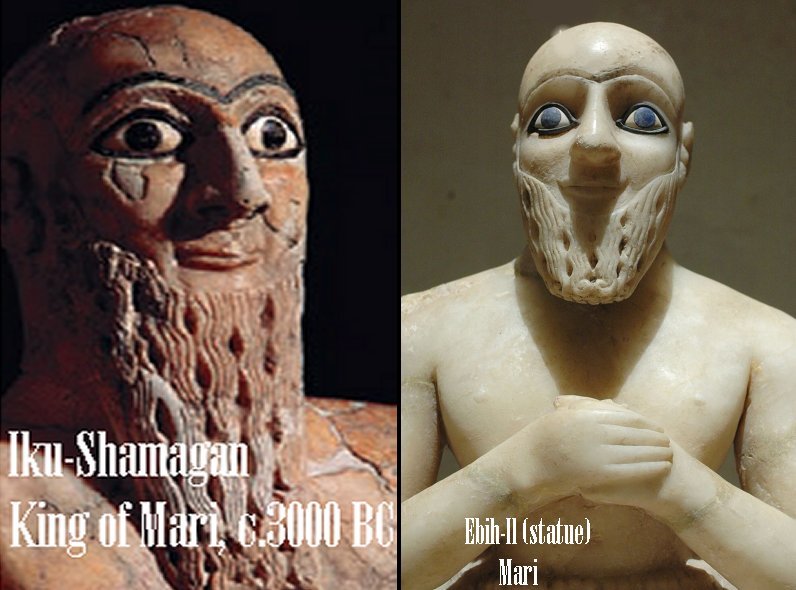 However, the most impressive of all findings in the area of Mari, are the remains of a palace that belonged to the last ruler of Mari, Zimri-Lim, who ruled c. 1775-1761 BC and it was the time of the great prosperity of Mari.

Excavations revealed the remains of a 275 room palace covering 2.5 hectares, with a rich library (or state archive) containing between 17,000 -20,000 (or 25,000) tablets inscribed in Akkadian and cuneiform.

Zimri-Lim’s palace is considered the most remarkable and best-preserved of the Early Bronze Age palaces discovered in the region, despite the fact, that the palace was intentionally destroyed. It was built erected mainly of dried brick and clay.

The rooms were used for commercial and religious activities, public ceremonies, and the private life of Zimri-Lim, who ruled Mari for about thirteen years, kept extensive diplomatic contacts with Hammurabi and even lent his troops to Hammurabi's military campaigns.

During the Zimri-Lim era, the inhabitants of Mari represented mainly Amorite people but also included the Akkadians. The Amorite language dominated the kingdom and Akkadian was the language of writing.

Ravinell A.  Green W. The Storm-god in the Ancient Near East