A. Sutherland - AncientPages.com - Svarog (Swarog ) is one of the most important deities in the Slavic pantheon. He is the Slavic god of celestial fire and patron of blacksmiths.

He is the Supreme Heavenly God who always sleeps and yet, he controls the flow of Life and Universal Order and governs the World of Yav, the 4-dimensional realm of physical beings. He entrusted this world to Perun, God of Heaven and Lightning.

One day when Svarog wakes up, it will be the end of the world. 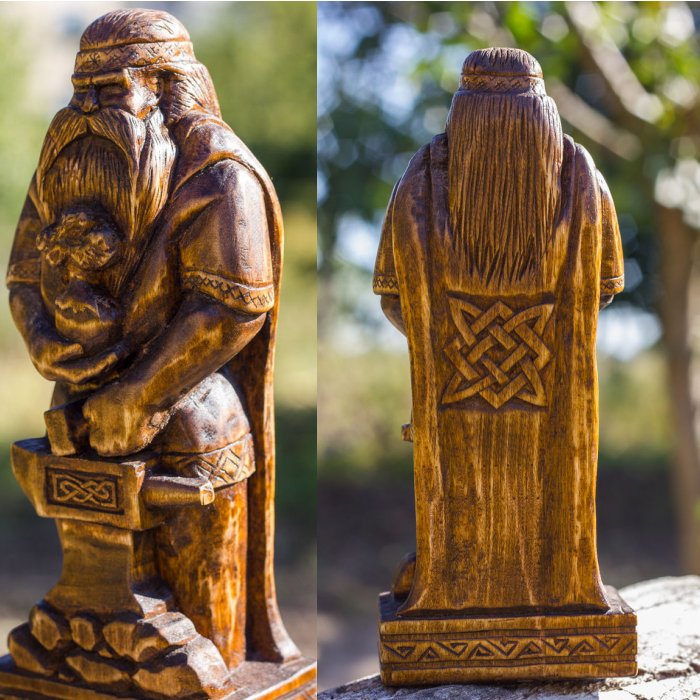 'After Svarog reigned his son, named Sun who was also called Dazhbog. The Sun is the king and son of Svarog; he is named Dazhbog, for he was a mighty lord.'

Svarog is a ruler of the sky, fire and is associated with the sun. His role as a guard of the cosmic fire represented by the sun was widely worshiped by the ancient Slavs in the east and west, as the god of the sky (heaven). The root of his name (“svar” means bright, clear) is related to the Sanskrit word "swar" (sun, glow, sky).

A long-lasting and important habit of bowing and praying to the rising sun, as well as the saint's oath to the sun was still widespread after the Christianization was introduced in the Slavic countries. 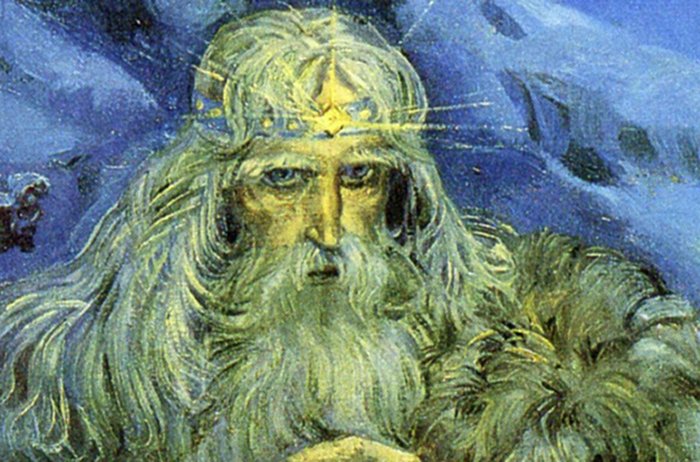 He always sleeps and yet, he controls the flow of Life and Universal Order and governs the World of Yav, the 4-dimensional realm of physical beings.

In many Slavonic countries, rural folk still preserve deep respect for fire, which has always had a sacred character among these people, who addressed prayers to fire. For example, the old forbade the young to swear or shout at the moment when the fire was being lighted in the house.

Some old myths confirm that Svarog, after reigning over the universe, transmitted his creative sovereign power to his children and a Byzantine chronicler, John Malala (490-565) summarized cosmogony of the Slavic pagans in these terms:

'After Svarog reigned his son, named Sun who was also called Dazhbog. The Sun is the king and son of Svarog; he is named Dazhbog, for he was a mighty lord.' The other son of Svarog, Fire (or “ogon” which can be compared to the Sanskrit agni) is mentioned in ancient work entitled 'Unknown Admirer of Christ'.

Svarog was also considered the guardian of the Slavic home fire and the sacrificial fire, also associated with other gods such as Perun and Weles. As a divine blacksmith, Svarog throws lightning bolts and helps Perun to fight his antagonist, Weles. 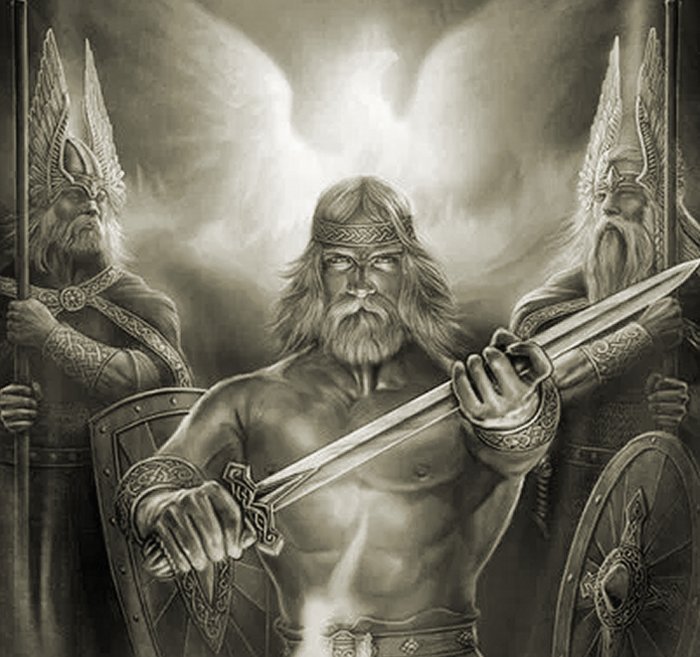 Svarog was widely worshiped in the region of the pre-Christian Slavs. In a hidden temple surrounded by sacred forests, special priests performed divination.

According to Bruno of Querfurt (c. 974 – 1009 AD), a sainted missionary bishop and martyr, who was beheaded near the border of Kievan Rus and Lithuania while trying to spread Christianity in Eastern Europe, Svarog was widely worshiped in the region of the pre-Christian Slavs.

In a hidden temple surrounded by sacred forests, special priests performed divination and took care of the sacred horse. They had a tradition of human sacrifices that usually took the form of beheading, which may suggest that sacrificial blood was apparently of importance. One of their victims was the Bishop of Mecklenburg on Jan. 10, who died in martyrdom. The Svarog cult was also confirmed by another chronicler, Adam of Bremen, who lived in the second half of the 11th century.

Known under different names, Svarog has also been sometimes identified with Hephaestus, the god of fire and blacksmith, one of the 12 Olympian Gods, who was a mechanical engineer, a god of metallurgy and the craftsman. However, it is uncertain to what extent the Greeks gods were thought to resemble their Slavic counterparts.

When it comes to the mighty god Svarog, there has always been a true problem with the identification of this mythological figure. His name is mentioned in many old writings but without references to his activities. To talk about Svarog means to rely on various tales and songs about him, but these sources cannot be verified.

Christensen, Hammer Warburton, The Handbook of Religions in Ancient Europe