Jan Bartek - AncientPages.com - Found in the 1950s by workmen digging pipe trenches in Chapel Yard, Yarm, near the River Tees, in the UK, this ancient helmet seems rather unexciting at first sight, but don’t let it looks fool you. Known today as the Yarm Viking helmet, the corroded, and damaged artifact is precious and special, but why?

The answer is simple – this is the first Viking helmet discovered in Britain. 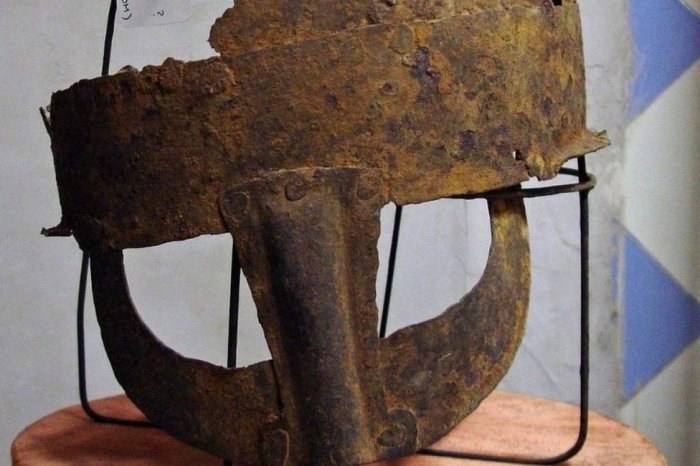 The Yarm Viking helmet is the first one to be unearthed in Britain. Credit. Durham University.

Archaeologists have unearthed many Viking artifacts, but very few helmets. It’s a bit strange, and no-one really knows why archaeologists cannot find Viking helmets, but there some theories.

Ancient Pages explained earlier, that “one possibility is that the modern image of the Vikings is simply wrong. We often picture a Viking as a warrior who jumps off his ships waving a sword and wearing a large helmet. What if Vikings did not wear iron helmets because they were too heavy?

Vikings were very mobile and heavy helmets could do more harm than good when a warrior engaged in battle. He had to be able to move very fast and heavy military equipment was a disadvantage. 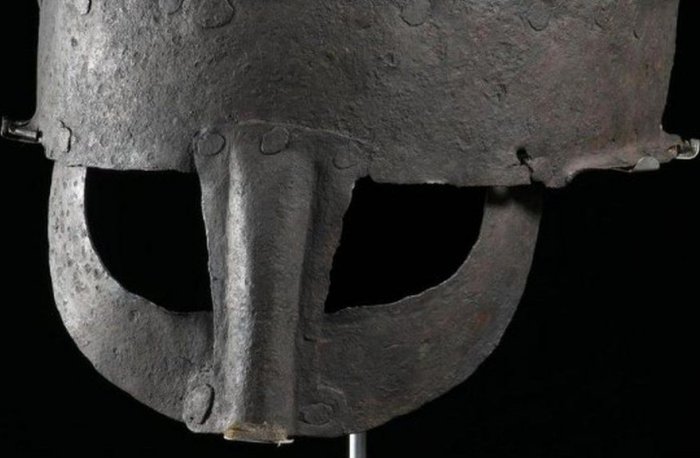 Historians have suggested it’s possible that Vikings wore pointy hoods as protection from the weather or leather helmets.”

The Gjermundbu Helmet, dated to around the later 9th century is the only Viking helmet discovered in Scandinavia.

The Yarm Viking helmet has now been examined by scientists from the Durham University and it has been officially announced this is the only the second near-complete Viking helmet found in the world.

“It was a challenging project, as the thin iron sheet is now very susceptible to corrosion (it has to be kept in very dry conditions), so it was not simply a question of only showing the date at which it was created, but working out how it had survived until it was unearthed in the 1950s. 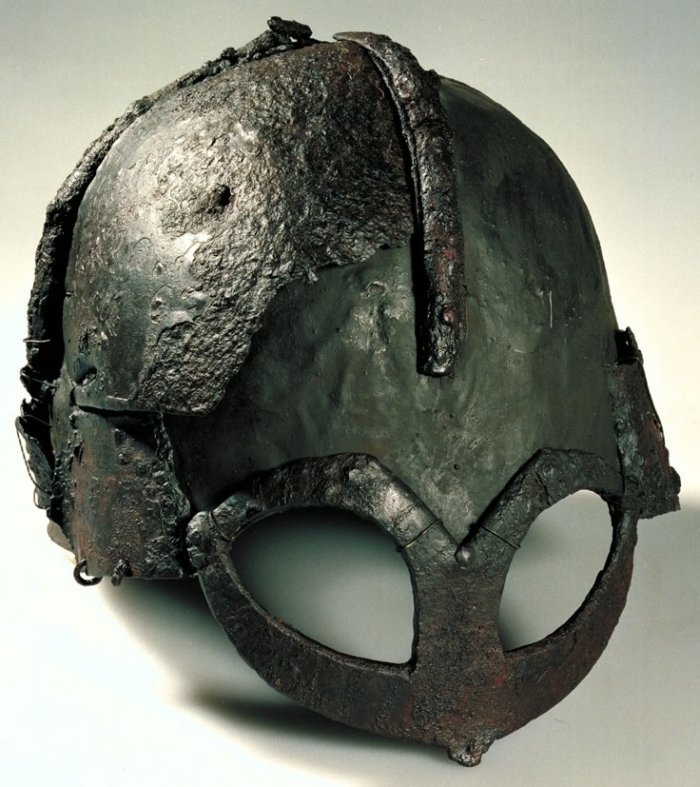 Our analysis showed that it was initially preserved in waterlogged conditions, only later becoming damaged and starting to corrode. Fortunately, it was discovered before it corroded away completely.

Although there are half a dozen early medieval helmets from Britain, the Sutton Hoo and Coppergate helmets being the most famous, this is the first Anglo-Scandinavian (Viking) helmet from Britain,” Dr. Chris Caple, Emeritus Reader at Durham University said.

Vikings' relationship with Britain lasted from approximately 800 to 1150 A.D. During this time, Norse warriors sacked several Christian monasteries, plundered, but they also traded, and formed settlements, leaving a permanent impact on the land, culture, and language.

Traces of Vikings’ presence in Britain are still visible even if the Yarm Viking helmet is the only helmet an unknown Norse warrior left behind.

If you wish to see this rare artifact, then the Yarm Helmet remains on display at Preston Park Museum in Stockton.