AncientPages.com - Huge jars (in Greek, called 'pithoi') were large storage containers, widely used among the civilizations that inhabited the regions of the Mediterranean Sea in the Neolithic, the Bronze Age and the succeeding Iron Age. 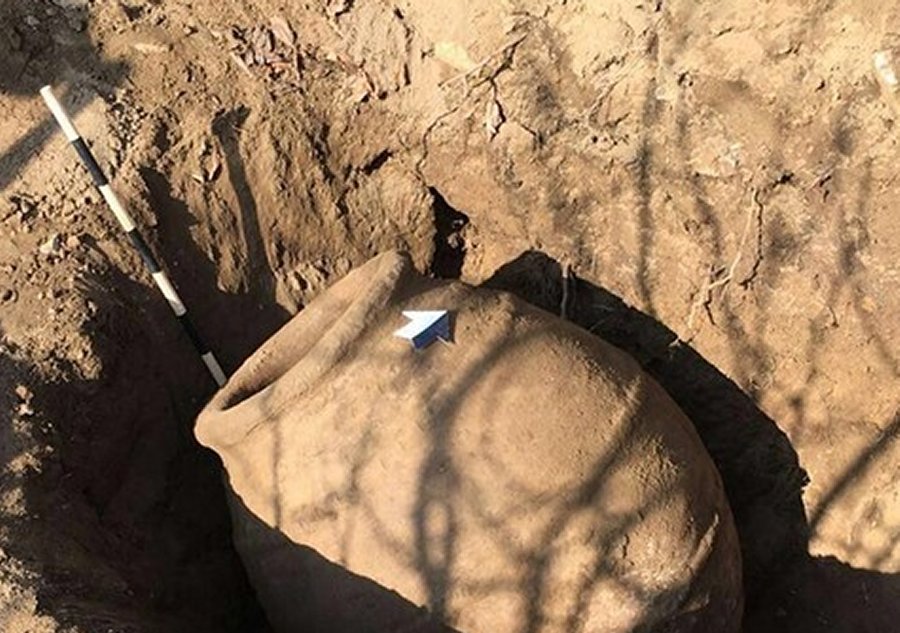 One such very large jar (‘pithos’) that dates back 2,000 years, has been accidentally discovered by a farmer, watering his garden plants in Doğanşehir district, Turkey's eastern Malatya province.

It is was made out of earthenware and was most likely used to store grain and foodstuff.

İskenderoğlu said the pithos was made of earthenware. “The pithos, which is 135 centimeters in height and 92 centimeters in width, has a sharp bottom, wide body and short neck,” said Museum director Levent İskenderoğlu, adding that said “the body of the pithos features four embossed belts and linear motifs.

"It dates back to the Roman era.” 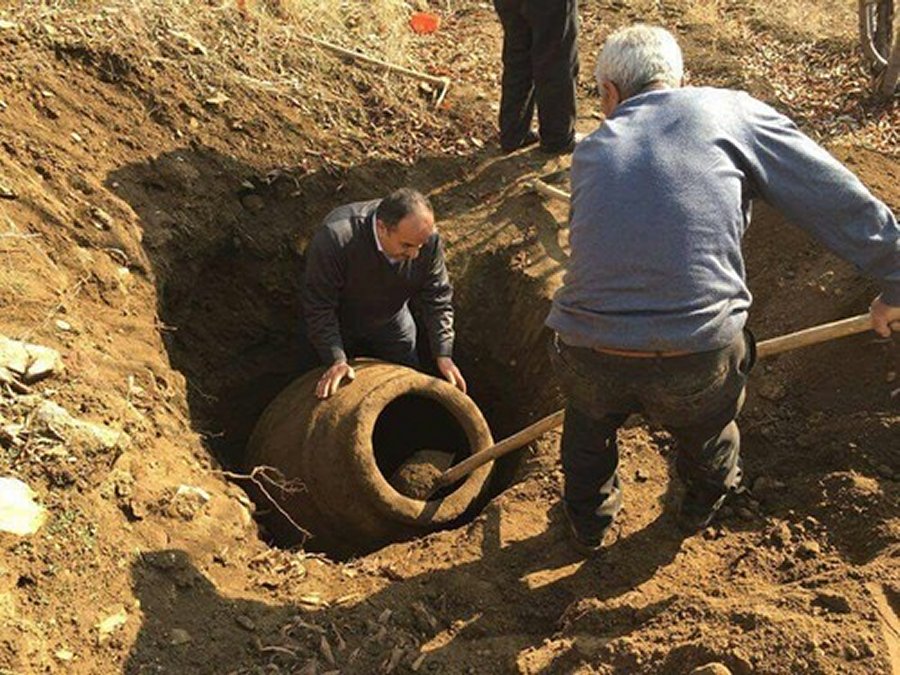 “Among the other pieces unearthed in the excavations, it is the biggest and sturdiest one. This is why it has a different importance.”

In earlier excavations in Kultepe, Turkey, archaeologists unearthed huge amphoras that had been used to keep grain.  As many as 120 pithos (or large ceramic storage containers) that once contained grain, oil and wine have been unearthed in Turkey’s eastern province of Van.

The place of this discovery were the ruins of Çavustepe Castle built by Urartu King Sarduri II.