“The storeroom we uncovered contains 120 pithos which can store up to 36 tons of food, grain, sesame oil and wine. Each pithos has a capacity of 300 kilograms,” said Yüzüncü Yıl University Archeology Faculty Prof. Rafet Çavuşoğlu.

Buried till their necks, the pithos are covered in Urartu units of measurement in cuneiform script, reports BGN News. 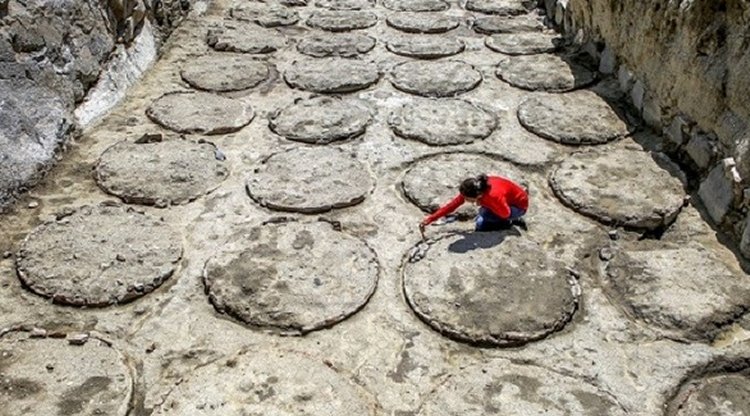 The storeroom we uncovered contains 120 pithos which can store up to 36 tons of food, grain, sesame oil and wine. Each pithos has a capacity of 300 kilograms. Credits: Yuzuncu Yil University

Çavuşoğlu is the head of excavation at Çavuştepe Castle, located in the Gürpınar district about 20 kilometers from Van city center. The castle was built by Sarduri II, who lead the Urartu Kingdom during its peak in the mid-9th century B.C.E. 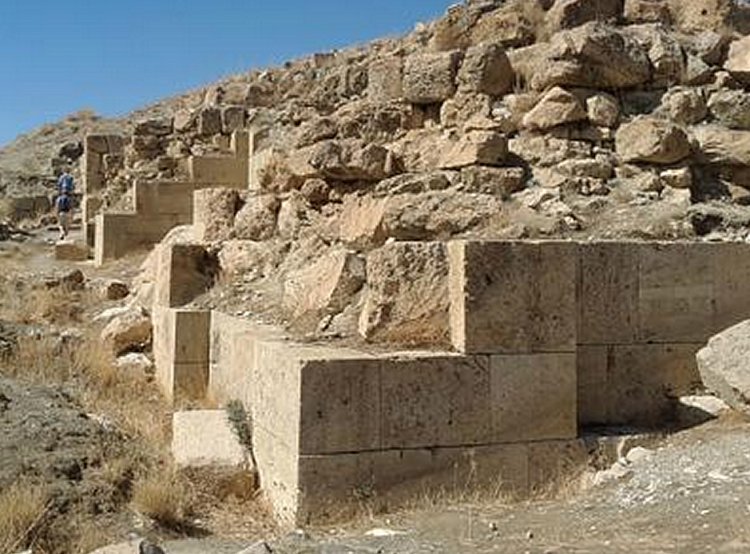 The castle’s walls, cisterns, the world’s first sewage system, its temples and other structures stand to this day, and has become a popular destination for tourists. Turkey’s Ministry of Culture and Tourism restarted the excavations at the site in 2014 after a 30-year hiatus. 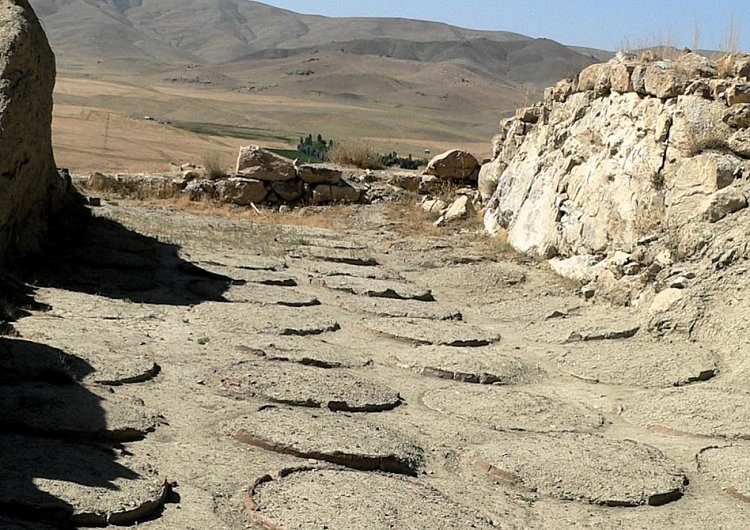 Noting how Çavuştepe Castle reflected the most colorful aspects of Urartu social life, Çavuşoğlu pointed out that they also found the wine basins where grapes grown on nearby vines were turned into wine.

“This information can be found in cuneiform text around the castle as well,” he added, “Water that is brought to the castle via canals is used to grow grapes on its vines, then the grapes are crushed by feet in these basins and the resulting grape juice is then poured into the pithos and stored.”