AncientPages.com - On February 2, 1461, the battle was fought somewhere in the vicinity of Mortimer’s Cross in Herefordshire, at a site not far from the border with Wales.

The young Edward, Earl of March, (later Edward IV) head of the Yorkist faction and his army faced a Lancastrian force under Jasper Tudor, Earl of Pembroke, that was marching into England from South Wales. Edward’s army defeated the Lancastrians, however, there is not much known about the battle itself. A number of Tudor’s commanders, including Jasper’s father Owen, was captured and later executed in Hereford.

Left: Edward, Earl of March, (later Edward IV) head of the Yorkist faction; Right: The meteorological phenomenon known as parhelion or sun dog occurred, due to highly unusual atmospheric conditions, three suns were seen to be rising in the sky.

Curiously, this particular battle is the most poorly documented of all the battles of the Wars of the Roses.

The day of the battle is also somewhat strange because on this misty day, the meteorological phenomenon known as sun dog (or parhelion) occurred and due to highly unusual atmospheric conditions, three suns were seen to be rising in the sky.

Many soldiers who were superstitious were frightened and filled with dread at the sight of this phenomenon.

But Edward reassured his soldiers that the phenomenon symbolized the Holy Trinity and was a clear sign that God was on their side.

The Yorkists positioned their archers at the crossroads (now the modern A4110 and B4362 road junction) to prevent the Lancastrian army from advancing. Edward led the center, William Herbert, the Yorkist Earl of Pembroke held command of the left wing, while Sir Richard Devereux, Herbert's father-in-law led the Yorkist right.

The battle lasted all morning and into the afternoon. 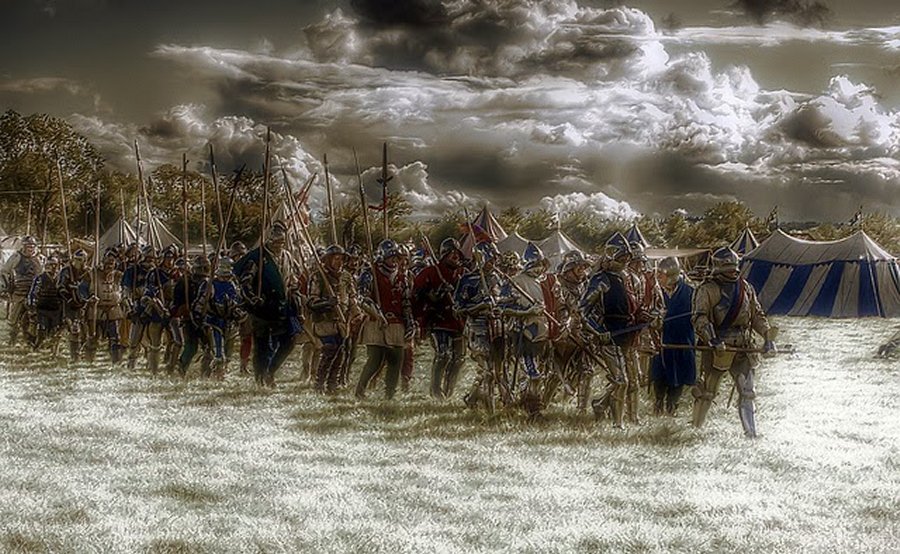 The Battle of Mortimer's Cross was fought by the River Lugg near Wigmore in Herefordshire, at a site not far from the border with Wales.

A Lancastrian flanking ploy failed and the troops retreated south toward Kingsland. Others drowned trying to cross the freezing waters of the Lugg, or were ruthlessly cut down by Edward’s reserves lying in wait on the opposite bank. Jasper Tudor  - who commanded a smaller army, with about a thousand men less than Edward, was inexperienced in military matters -  faced a hopeless cause. He mounted a horse and fled the field to seek refuge in his native Wales.

The victory was Edward’s. As was to be his custom in future battles, he urged his men to capture the leaders and spare the regular soldiers of the defeated Lancastrian army. Only four months later, the brave young Earl was crowned King Edward IV.

The parhelion (sun dog) observed in the sky was a lucky sign for Edward and his brave troops.

After the battle, Edward adopted it as his own emblem, the "Sun in Splendour", representing the three surviving sons of York.

William Shakespeare described the parhelion phenomenon and its symbolism in the play King Henry VI, Part 3 - but he did not mention the battle itself.