Conny Waters - AncientPages.com - Is it possible that certain cosmic events have shaped human evolution? One of the most puzzling mysteries concerns what caused humans to start to walk upright 4.2 million, and possibly even 6 million years ago. 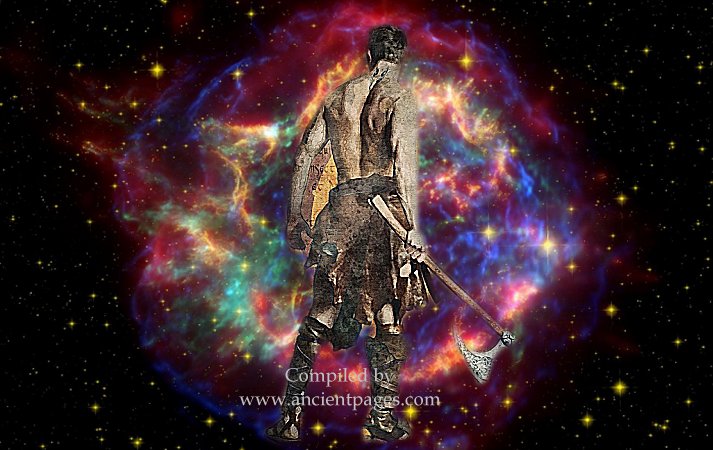 According to Chris Stringer, a leading anthropologist at the Natural History Museum in London, everything could have started with trees. Stringer remarks walking upright has many advantages. “Walking upright freed the hands for carrying and manipulating tools. It allows longer-distance walking and, eventually, endurance running. Ultimately, it may have been a key step that led our ancestors' brains to grow, Stringer explained.

Another interesting theory, published in the Journal of Geology suggests an explosion of a nearby star may have contributed environmental changes forcing humans to suddenly walk upright.

Researchers propose that an ancient supernova that occurred about 2 to 3 million years ago could be responsible for a huge change in human evolution.

The energy from the dying star in the form of cosmic rays may have dramatically charged the atmosphere. This led to an increase in lightning strikes which resulted in a spike in wildfires. The fires which are thought to be the reason for the leftover soot from millions of years ago could have played a major role in converting large portions of Africa from forest to open grasslands.

"It is thought there was already some tendency for hominins to walk on two legs, even before this event," said lead author Adrian Melott, professor emeritus of physics & astronomy at the University of Kansas.

"But they were mainly adapted for climbing around in trees. After this conversion to savanna, they would much more often have to walk from one tree to another across the grassland, and so they become better at walking upright. They could see over the tops of grass and watch for predators. It's thought this conversion to savanna contributed to bipedalism as it became more and more dominant in human ancestors."

Scientists say no such event is likely to occur again anytime soon. The nearest star capable of exploding into a supernova in the next million years is Betelgeuse, some 200 parsecs (652 light years) from Earth.

"Betelgeuse is too far away to have effects anywhere near this strong," Melott said. "So, don't worry about this. Worry about solar proton events. That's the danger for us with our technology -- a solar flare that knocks out electrical power. Just imagine months without electricity."