AncientPages.com - During the Second Jewish Revolt against Rome (132-135 CE), Jewish rebels used hiding places from the Romans in caves and underground complexes throughout Judea.

One of such places was recently unearthed at a 2,000-year-old Jewish settlement in the neighborhood of Ramat Bet Shemesh, 19 miles west of Jerusalem in Israel.

The settlement, whose ancient name is unknown, has so far yielded eight ritual baths, cisterns, and hiding refuges, along with rock-hewn industrial installations. 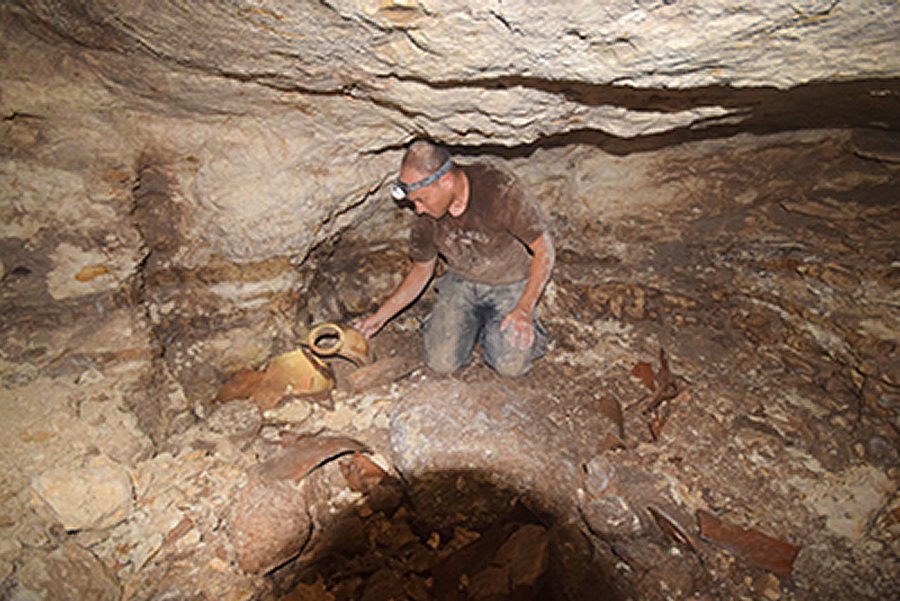 Inside the settlement, jars and cooking pots were discovered. These may have been used by Bar-Kokhba rebels. Photo: Assaf Peretz, courtesy of the Israel Antiquities Authority.(via Biblical Archaeology)

The houses themselves have not survived and their stones were taken to construct buildings in later periods.

“The settlement’s extraordinary significance lies in its imposing array of private ritual baths, which were incorporated in the residential buildings. Each household had its own ritual bath and a cistern,” said Sarah Hirshberg, Shua Kisilevitz and Sarah Levevi-Eilat, excavation directors on behalf of the Israel Antiquities Authority.

“Some of the baths uncovered are simple and others are more complex and include an otzar, or collecting basin, into which the rainwater would drain. It is interesting to note that the local inhabitants adhered strictly to the rules regarding purity and impurity.” 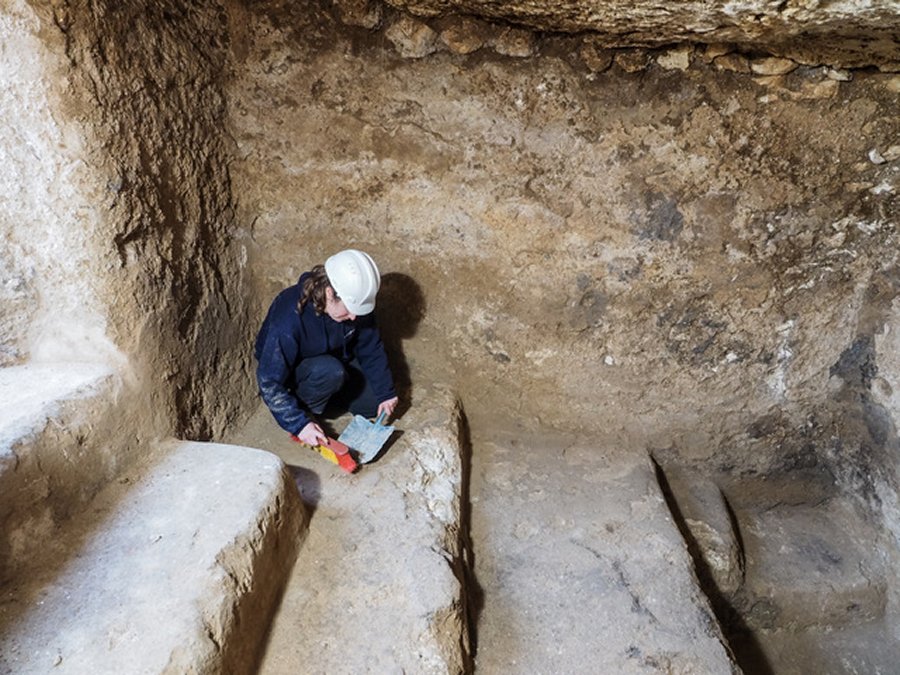 Inside the settlement, jars and cooking pots were discovered. These may have been used by Bar-Kokhba rebels. Photo: Assaf Peretz, courtesy of the Israel Antiquities Authority.

Underneath the dwellings and rock-hewn installations, another surprising discovery was unearthed, dating to the time of the Bar Kokhba Revolt (second century CE)—a winding labyrinth of hiding refuges connected to sophisticated and elaborate complexes.

In some of the underground complexes, the rebels breached a cistern to provide those in hiding with access to water. One of the caves also yielded intact ceramic jars and cooking pots that were probably used by the rebels. The finds show that the settlement continued to exist even after the destruction of Jerusalem in 70 CE.

“In consultation with the Ministry of Construction and Housing, we have decided that the excavations will be followed by the site’s preservation and development as an archaeological site in the heart of the new neighborhood,” Dr. Amit Shadman, the IAA district archaeologist for Judah, said.