AncientPages.com - More than 800 years ago, a teenaged soldier named Laurentius Loricatus accidentally killed a man. He spent the next 34 years repenting alone in an Italian cave atoning for his crime, burning his face with a hot iron and wearing a hooked chain-mail shirt directly on his skin as penance. 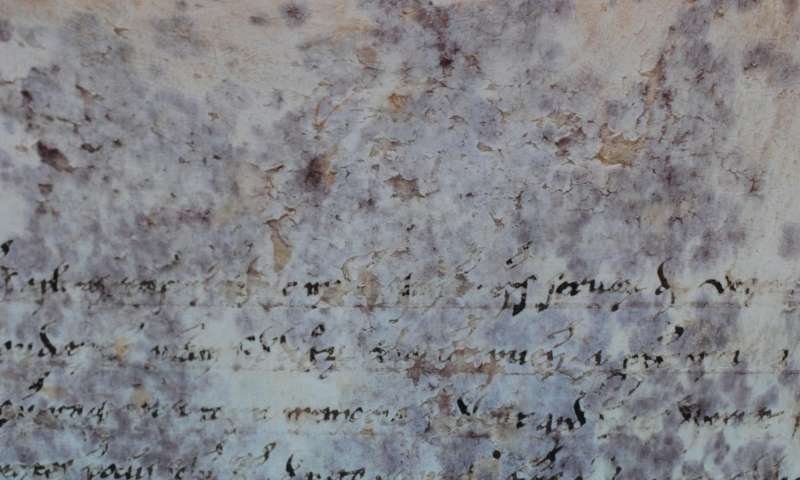 His story is today because villagers near his cave petitioned for his sainthood on a 16-foot-long (5 meters) parchment that now resides in the Vatican Secret Archives in Vatican City.

But there are gaps in Loricatus's story, which was penned in the year 1244, after his death, on a five-metre-long goat skin parchment setting out the case for his canonisation—which failed.

Infuriating purple "spots" blot the ancient scroll and many others.

On Thursday, scientists reported they had finally identified the cause of the spots. 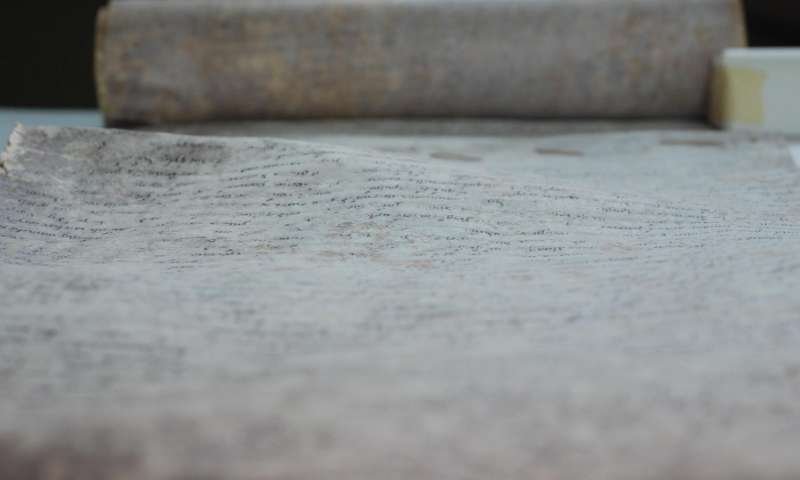 The five-metre long parchment, A.A. Arm. I-XVIII 3328, from the Vatican Secret Archives. It belongs to the oldest fonds of the Archives, called Archivum Arcis, which was kept in Castel S. Angelo (downtown Rome) until the end of the XVIII Century Credit: G. Vendittozzi

In a study published in the journal Scientific Reports, they fingered both Halobacteria, a type of bacteria found in high-salt environments like oceans, and Gammaproteobacteria—a group of microbes in the same class as E.coli and salmonella.

Detachment of the superficial layer of the damaged areas and loss of readability Credit: G. Vendittozzi

The scientists said they hoped the breakthrough would boost document preservation and perhaps aid restoration of those already damaged.

Further study should identify the exact sequence of spot-causing microbes, they added.