AncientPages.com - April 21, 753 BC, is a mythological date when Rome is founded by Romulus, one of the twin brothers.

In Roman mythology, Romulus and his twin brother Remus were the children of Rhea Silvia and Mars (or in some variations, the demi-god hero Hercules). 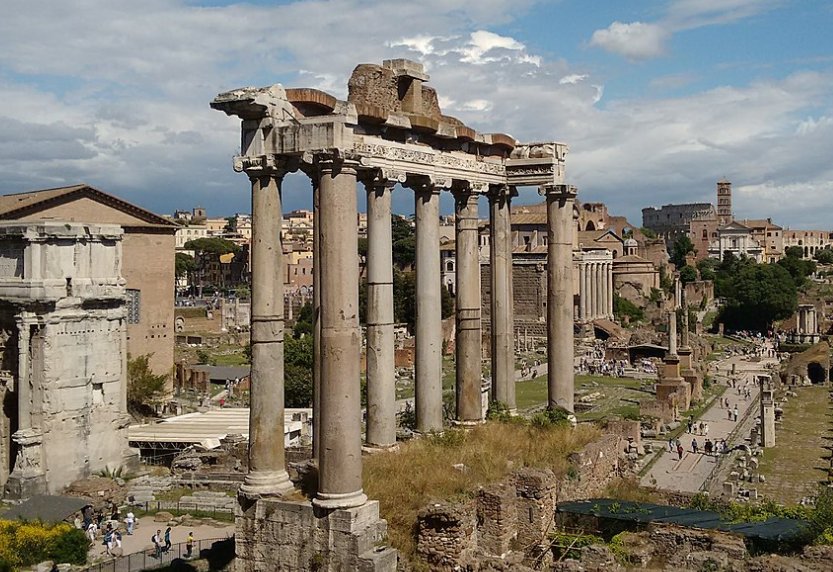 View of the Roman Forum from Via di Monte Tarpeo. source

Romulus and Remus - legendary founders of Rome - are best known for being the founders of the city of Rome. Many authors have recorded their story, including an ancient Roman poet of the Augustan period, Virgil, who claims their birth and adventures were fated for Rome to be founded.

The legend of Romulus and Remus probably originated in the 4th century)and was set down at the end of the 3rd century). Amulius ordered the babies to drown in the Tiber river, and they were left to die. But the trough, in which they were placed floated down the river and came to rest at the site of the future Rome, near a sacred fig tree.

There a she-wolf and a woodpecker—both sacred to Mars—suckled and fed the boys until they were found by the herdsman Faustulus who, along with his wife Acca Larentia, took care of them.

The twins became leaders of a group of youths, eventually restoring their grandfather to the throne. They then founded a town on the site where they had been saved.

When Romulus and Remus became adults, they decided to establish their own city, and each set out to find the best location. One day, the two brothers quarreled over where the site should be, and Remus was killed by his brother.

Romulus consolidated his power, and the city was named for him. He increased its population by offering asylum to exiles and fugitives. He also ordered to abduct the women of the Sabines, an Italic tribe from the central Apennine region, and these women married their captors and intervened to prevent the Sabines from seizing the city.

Livy dates Remus' death and the founding of Rome to April 21st, 753 BC.

Romulus accepted the Sabine king Titus Tatius as his co-ruler. Believing that he had been changed
into a god, the Romans worshiped him as Quirinus. The latter in earlier Roman art was portrayed as a bearded man with religious and military clothing. Tatius’ death left Romulus sole king again, and after a long rule, he disappeared in a storm.

However, he was almost never depicted in later Roman art.

No doubt, this story gives the impression that Rome was created very quickly. However, the truth was completely different.