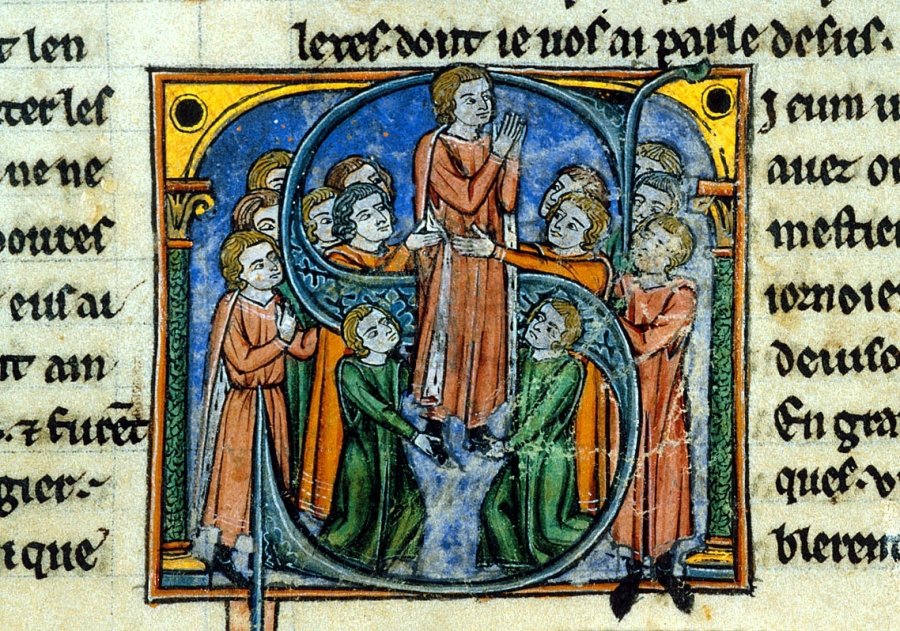 Godfrey of Bouillon being created as the Lord of the city. Histoire d'Outremer by William of Tyre. Image via Wikipedia

As Godfrey IV, he was duke of Lower Lorraine (1089-1100) as a reward for his loyal service in Henry IV’s war against the Saxons and a leader of the First Crusade (1095–1099), the first of a number of crusades that attempted to recapture the Holy Lands. 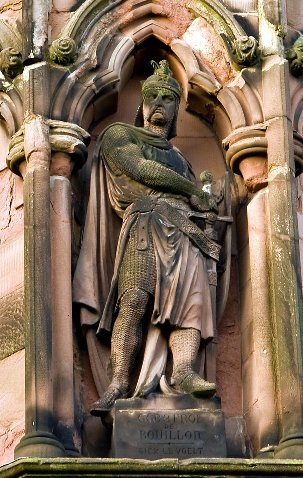 Godfrey’ s nomination took place shortly after the Crusaders captured Jerusalem from the Muslims in the First Crusade in July 1099.

Godfrey, with his brothers Eustace and Baldwin, joined the First Crusade in 1096.

When Raymond of Toulouse, a powerful prince in southern France and one of the leaders of the First Crusade, declined to become king of Jerusalem, Godfrey accepted the crown but refused the title of king and was called instead Defender of the Holy Sepulchre (Advocatus Sancti Sepulchri).

A council was held in the Church of the Holy Sepulchre in Jerusalem (the place of Christ’s crucifixion), where Godfrey of Bouillon was elected ruler.

Godfrey of Bouillon allegedly refused the title “King” and the royal crown (diadem).

In his 'History of the Knights of Malta', Whitworth Porter writes that "Refusing the title of King and the diadem which were offered him, upon the plea that he would never wear a crown of gold where his Saviour had worn a crown of thorns, he modestly contented him with the title of Defender and Advocate of the Holy Sepulchre."

On his death, he was succeeded by his brother Baldwin I.