Conny Waters - AncientPages.com - Mesopotamia and the Indus civilization were both urban civilizations with large, densely populated and planned cities, 6000–1990 BCE.

A new thesis in archaeology points out that the ancient Indus society showed complex patterns of urbanity that were rare in other ancient societies. 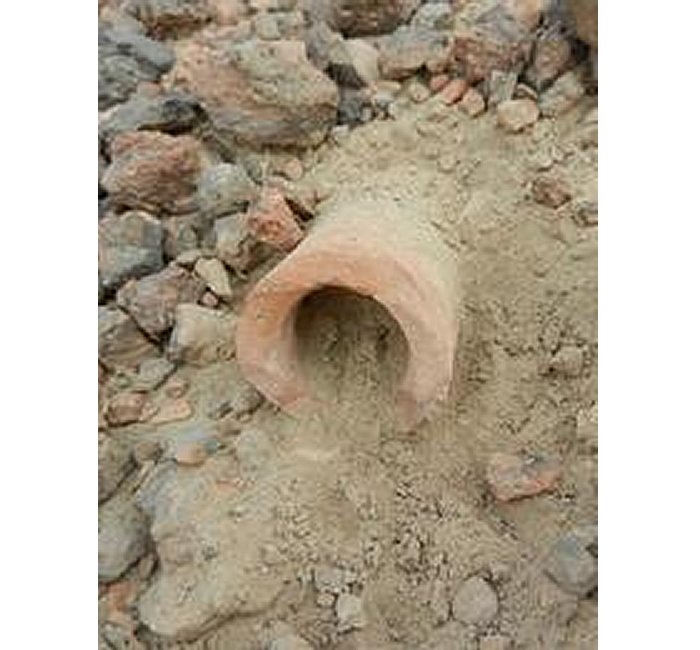 “The biggest problem in understanding the development of urban infrastructure in the Indus society is the knowledge gap surrounding the settlement of Ganweriwala.” Image credit: Sidra Gulzar/University of Gothenburg

"The aim was to analyze the urban infrastructure of the Indus civilization by comparing archaeological data from its largest urban formations. The effects of urbanization on the regional environment have also been treated in the thesis," says Sidra Gulzar, doctoral student in archaeology at the University of Gothenburg.

The study also compares the urban process and development from the Indus region with the Mesopotamian region on a number of levels. This was done using available archaeological material, focusing on a limited number of artifacts from Mohenjo Daro, Harappa and Ganweriwala, which were analyzed and compared using the SEM-EDX method (Scanning Electron Microscopy with Energy Dispersive X-Ray Analysis).

"The results from the SEM-EDX analysis showed that the artifacts were produced locally."

Sidra Gulzar focused particularly on Ganweriwala since it is the least investigated settlement in the Indus region to date.

"The biggest problem in understanding the development of urban infrastructure in the Indus society is the knowledge gap surrounding the settlement of Ganweriwala." 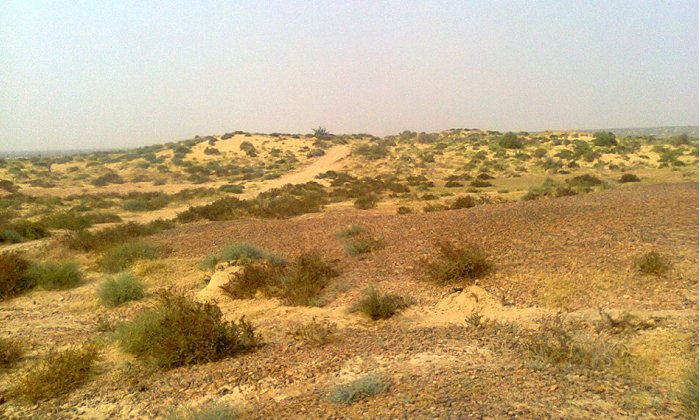 The Ganweriwala settlement is located in the desert and was discovered around 40 years ago but because of logistics and several other problems only few archaeologists visited it. This thesis is the first systematic study about its size, topography, artefacts and its environment. Credit: University of Gothenburg

The results of the surface and artifact study from Ganweriwala indicate that the site was a major urban center during the Indus cities period of 2600–1900 BCE. The site shares similar cultural expressions with other large urban centers such as its settlement plan, types of artifacts, writing on clay tablets and certain types of figurines.

"Using data from Ganweriwala as a case study, my thesis is that Indus urban infrastructure is a complex phenomenon with greater similarities and fewer differences. There were five major urban centers on different urban and socio-economic scales," says Sidra Gulzar.

The study contributes to a deeper theoretical and empirical understanding of the settlement of Ganweriwala in relation to its surrounding environment, which has never before been investigated or reported.

The thesis also compares settlements in the Diyala region of Mesopotamia with the Cholistan region in the Indus civilization in order to trace similarities and differences in their respective urban processes and the impact of those processes on the environment.

The Indus civilization had a greater expansion than that of Mesopotamia, but also a limited number of larger urban centers. The large urban settlements from both of these civilizations showed variability—different types of settlement plans, the cities were constructed with different building materials, and the surrounding (natural) environment differed.