AncientPages.com - One does not have to be a genius to see there is a lot of injustice on our planet. Rich people are getting richer and poor people often have very few possibilities to improve their lives.

A historian has put forward a radical theory suggesting that only apocalyptic destruction can eliminate the gap between rich and poor. 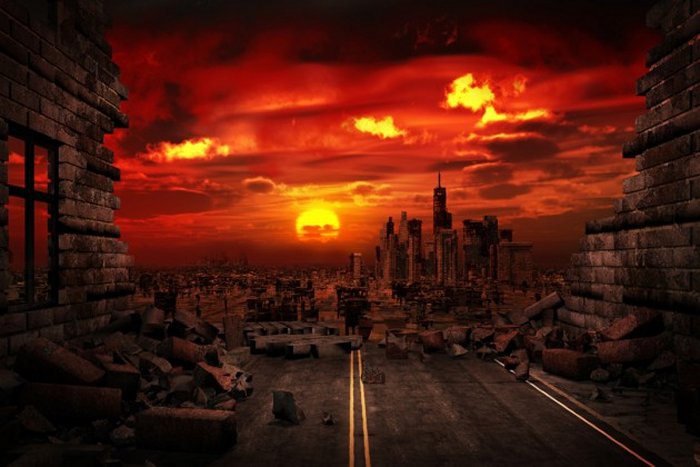 It’s a pessimistic view, but some scientists believe this is the only way to “save” the world.

In his book, The Great Leveler: Violence and the History of Inequality from the Stone Age to the Twenty-First Century, Stanford historian Walter Scheidel argues that mass violence and catastrophes can seriously decrease economic inequality,

Are mass violence and catastrophes the only forces that can seriously decrease economic inequality? To judge by thousands of years of history, the answer is yes. Tracing the global history of inequality from the Stone Age to today, Walter Scheidel shows that inequality never dies peacefully. Inequality declines when carnage and disaster strike and increases when peace and stability return. The Great Leveler is the first book to chart the crucial role of violent shocks in reducing inequality over the full sweep of human history around the world.

Ever since humans began to farm, herd livestock, and pass on their assets to future generations, economic inequality has been a defining feature of civilization. Over thousands of years, only violent events have significantly lessened inequality. The "Four Horsemen" of leveling--mass-mobilization warfare, transformative revolutions, state collapse, and catastrophic plagues--have repeatedly destroyed the fortunes of the rich. Scheidel identifies and examines these processes, from the crises of the earliest civilizations to the cataclysmic world wars and communist revolutions of the twentieth century. Today, the violence that reduced inequality in the past seems to have diminished, and that is a good thing. But it casts serious doubt on the prospects for a more equal future.

An essential contribution to the debate about inequality, The Great Leveler provides important new insights about why inequality is so persistent--and why it is unlikely to decline anytime soon. Read more

As historical examples proving the case, Scheidel mentions the collapse of the Roman Empire, Bubonic Plague, the French Revolution and Napoleonic wars, the American Civil War, the Russian and Chinese communist revolutions and World Wars I and II.

When societies are under stress they tend to reform themselves in ways that temporarily reduce inequities in opportunity and income.

Without a dramatic and destructive event, the gap between rich and poor will increase, the historian said.

Vercingetorix: Greatest Of All Gallic Leaders And Hero Of The French People

“In the coming decades, the dramatic aging of rich countries and the pressures of immigration on social solidarity will make it ever harder to ensure a fairly equitable distribution of net incomes. And on top of everything else, ongoing technological change might boost inequality in unpredictable ways, from more sophisticated automation that hollows out labor markets to genetic and cybernetic enhancements of the privileged human body,” Scheidel said.

Scheidel points out that a war is not enough to improve future living conditions for those who are poor now. According to him only a nuclear war can re-shape the world as it is now.

“Only all-out thermonuclear war,” he asserts, “might fundamentally reset the existing distribution of resources,” Scheidel said.

So it seems that the choice is inequality or apocalypse, unless there is a third option Scheidel and other scientists have over-looked.