Ellen Lloyd - AncientPages.com - Do we see artificial structures in works created by Mother Nature simply because we want to believe they are man-made? Or do we deliberately dismiss ancient constructions as natural formations because these buildings contradict our version of recorded history? 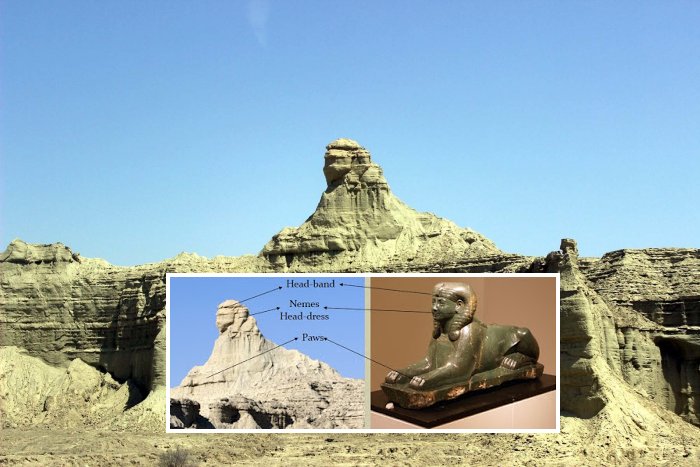 Can we judge something like a natural formation without conducting proper archaeological and scientific examination? Some so-called natural formations are baffling, and the Sphinx of Pakistan belongs to that category.

Most think the Balochistan Sphinx was carved by wind and rain and is nothing more than a natural formation, but some are of a different opinion. 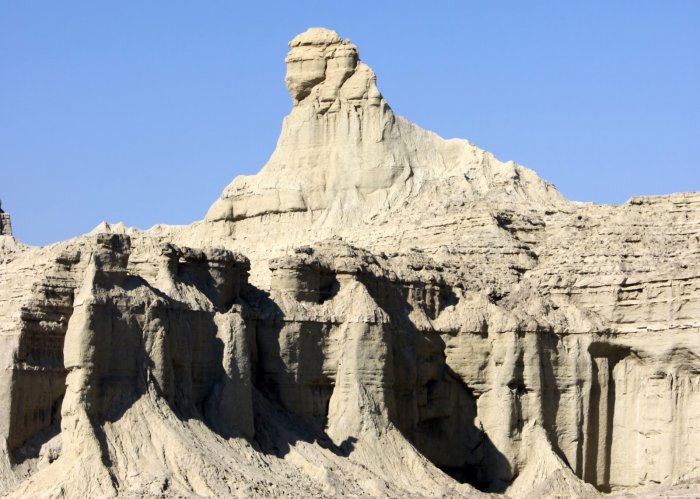 The Sphinx of Pakistan has stood there unnoticed and unexplored for centuries. It was first in 2004 that the public learned about its existence.

The Indian researcher also points out that ear-flaps can be clearly seen on the Balochistan Sphinx and contours of the reclining forelegs of the sphinx, which terminate in very well-defined paws.

“It is ridiculous to suggest that nature has carved out a statue which resembles a well-known mythical animal to such an extraordinarily high degree. It appears that absolutely no attempt has been made for their restoration. Both the authorities and the journalists are only too happy to pass them of as “natural formations”. The situation can only be salvaged if international attention can be drawn to these grand structures and if teams of archaeologists (as well as enthusiasts) from around the globe visit these enigmatic monuments to research, restore, and publicize them. 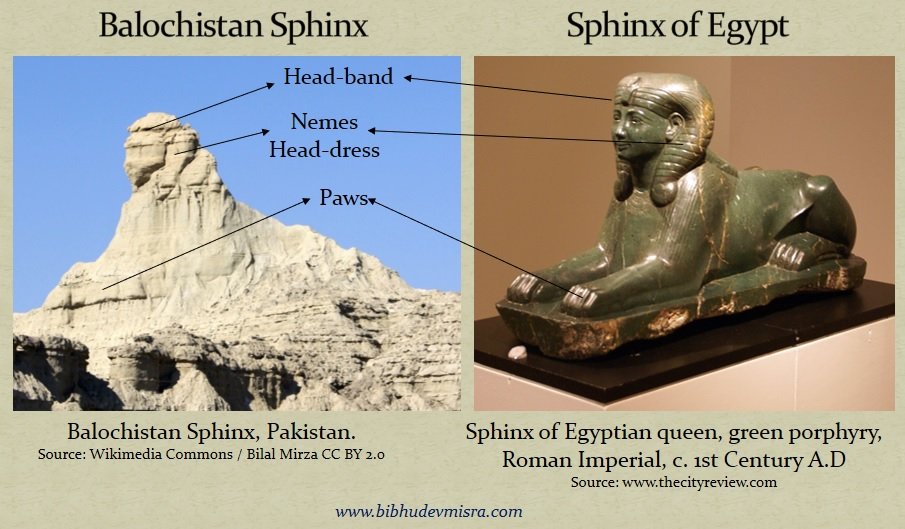 Is the Balochistan Sphinx a cousin of the Egyptian Sphinx? Credit: Bibhu Dev Misra

The importance of these ancient monuments of the Makran coast can hardly be overstated – they could literally be thousands of years old – and they can potentially provide us with important clues to uncover humanity’s mysterious past,” Bibhu Dev Misra says. 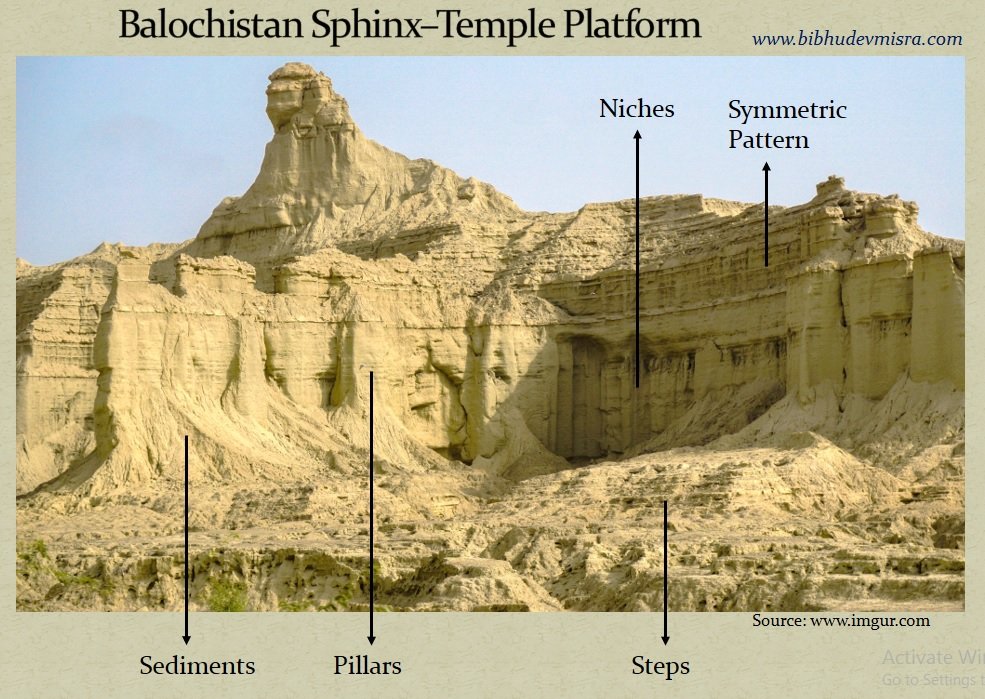 Bibhu Dev Misra’s research into the Balochistan Sphinx is impressive and very interesting.

Raja Deekshithar (1949-2010), discovered the Sphinx in the Indian civilization concluded that the primary position of the mythological animal was near the temple gateway, acting as a guardian of the sanctuary. If the Balochistan Sphinx is man-made, was it erected to guard an ancient unknown temple on the Makran coastline?

As we wrote previously on Ancient Pages, the Sphinx was by no means limited not ancient Egypt. 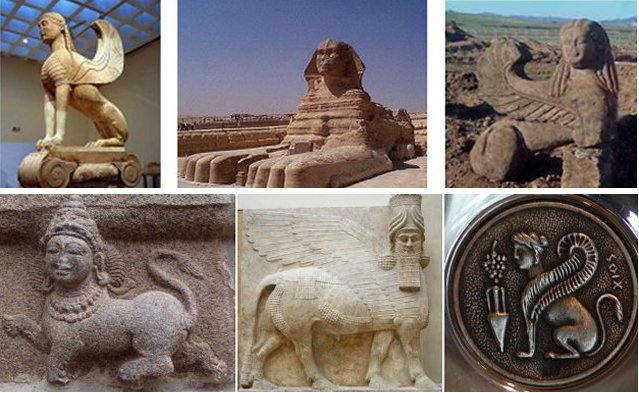 The Sphinx was considered a keeper of the holy places and the mysteries of life. It was a guardian of knowledge and symbol of riddles and intrigue. Regarded as a creature full of secrets, several ancient civilizations erected a sphinx in their lands. We find evidence of the Sphinx’s existence in ancient Greece, Babylon, India and other places. 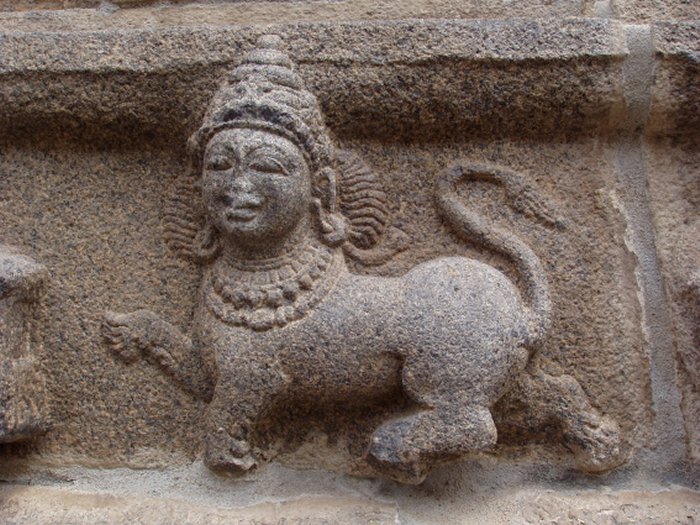 The Sphinx of India known as purushamriga has almost always elongated earlobes, decorated with ornamental disks. In Sanskrit, “Purushamriga” means human-beast. There are several references to this divine being in the great Indian epics, the Ramayana, the Mahabharata, and some of the Puranas. We also encounter the Sphinx in Vedic literature.

Its numerous depictions carved in wood, metal, and painted are found in many temples of India.

Whether the Balochistan Sphinx is a man-made structure, or a natural formation cannot be determined at this point. The Sphinx of Pakistan certainly does have an ancient story to tell. The question is who is hiding behind the story – an advanced ancient civilization or Mother Nature?