A. Sutherland - AncientPages.com - Many researchers refer to the Hyksos as West Asian people, but who these people were it is not exactly known.

They were officially known as “Foreign Rulers ('Heka Khawaset'). Their historical name “Hyksos” is of Greek origin. 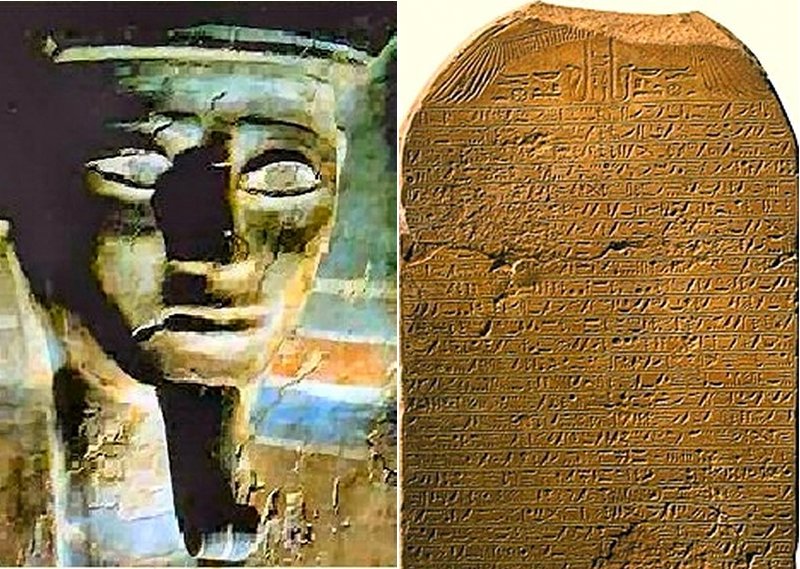 According to the Jewish historian Flavius Josephus (1st century AD), the Egyptian historian Manetho (ca. 300 BC), referred to them as "king-shepherds" or "captive shepherds".

Josephus himself identified the Hyksos with the Hebrews of the Bible.

The Hyksos kingdom was located on the eastern Nile Delta and Middle Egypt and the Hyksos Fifteenth Dynasty rulers established their capital and seat of government at Memphis and their summer residence at Avaris.

At that time, the Hyksos ruled the Delta areas and gradually spread their rule farther west and south, using all the traditional titles of the Dynasty they conquered. It is believed that the area of the Hyksos’ control extended from the Nile Delta at the Mediterranean to a little south of Cairo.

About 1720 BC, they controlled Avaris and later also of the city of Memphis and maintained commercial relations with Upper Egypt, which was under the dominance of Theban-based rulers, the indigenous Pharaohs.

It is said that the ‘warlike nation’, Hyksos, invaded and took over much of Lower Egypt around 1650 BC, established a new capital at Avaris. 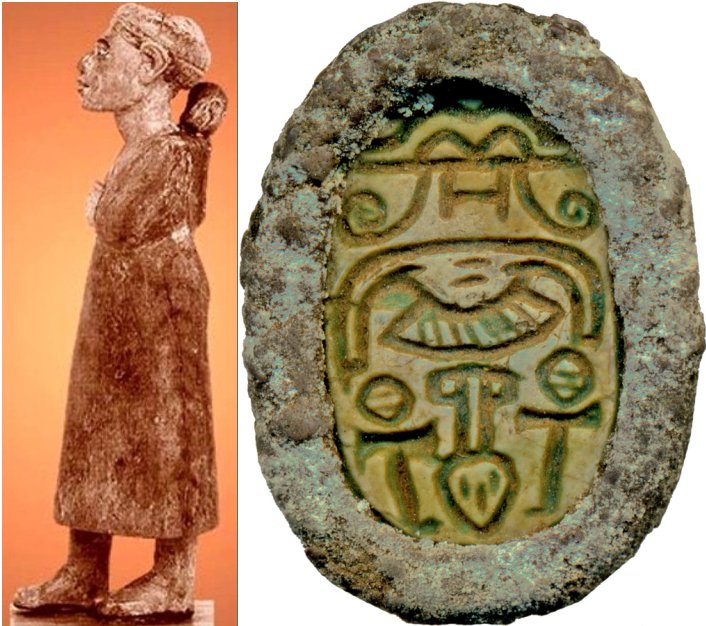 It is not exactly known how the Hyksos took northern Egypt but this historical fact is confirmed that they did it. They introduced their own laws, their own communities and had their own kings as rulers of this part of Egypt using Egyptian titles associated with traditional Egyptian kinship.

They also introduced a chariot to Egypt and incorporated Egyptian god Seth into their own religious pantheon.

Manetho hinted that Salitis was the first Hyksos king over Lower Egypt and the one, who founded the 15th Dynasty, (some scholars suggested (without sufficient evidence) that the Hyksos also founded the 16th dynasty).

The Hyksos Were Driven Out From Egypt

They were driven out by an Upper Egyptian force led by Khamose (ca 1555-1550 BC) who was the last king of the Theban 17th Dynasty and his reign lasted only three years; his conquest of the Hyksos appears on the Carnarvon Tablet. Ahmose I was Khamose's brother and his successor, who later founded the Eighteenth Dynasty and relocated the capital from Memphis to Thebes.

In his book “Lord and Pharaoh: Carnarvon and the Search for Tutankhamun”, Brian Fagan mentions a plaster-coated wooden tablet, covered with ancient inscriptions and unearthed in Luxor at the end of the 1907-1908 excavations by Lord Carnarvon.  Carnarvon was later associated with Howard Carter, an English archaeologist and Egyptologist who became world-famous after discovering the intact tomb (KV62) of the 18th Dynasty Pharaoh, Tutankhamun.

This important document sheds some light on events related to the Hyksos and their presence in Egypt.

Alan Gardiner, a prominent English hieroglyph expert, deciphered the text on both sides of the tablet.

One side of the artifact told of the successful rebellion organized by the pharaoh Khamose of Upper Egypt against the Hyksos rulers of the Delta, who ruled for two and half centuries.

Khamose was very proud of what he did: “I stopped the Asiatics…. I Freed Egypt… I drove out him [the Hyksos ruler Teta] out… I hacked down his wall, I slew his people…” 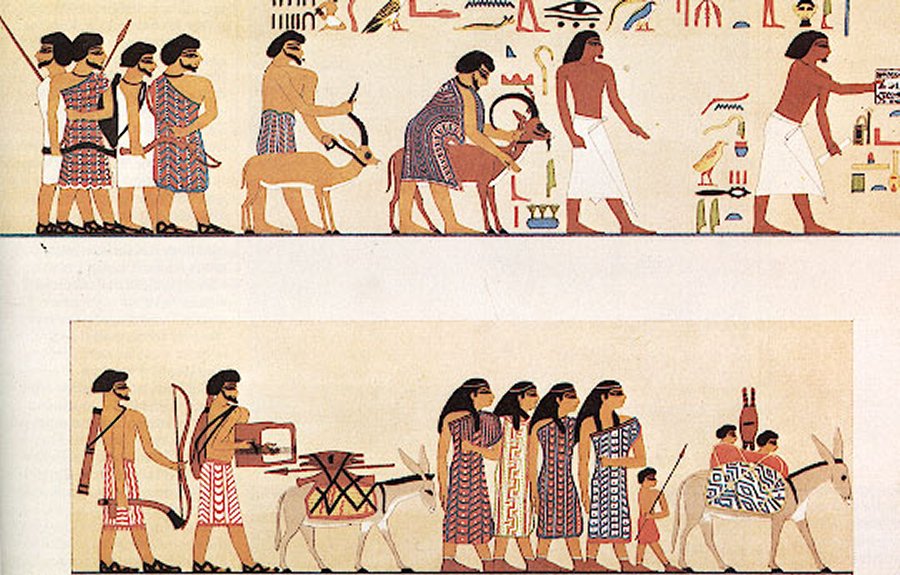 A group of people labelled Asiatics (the glyphs immediately above the head of the first animal) entering Egypt c.1900 BC. From the tomb of 12th-dynasty official Khnumhotep II, at Beni Hasan. Image via wikipedia

The tablet is known today as the Carnarvon Tablet.

The Hyksos king, "Apepi I" failed to stop imminent expulsion by he made attempts to make alliance with the Nubians living south of Egypt.

This political maneuver could involve pharaoh Khamose in two front war, but the plan did not work because the Nubians joined forces with Khamose heading north against the Hyksos.

Egyptians who did not support expulsion of the Hyksos were considered traitors.

There are no surviving accounts regarding the Hyksos people and their presence in Egypt except for the Egyptian sources.

These sources cannot present facts from the history of the Hyksos perspective. Also Manetho's version of the Egyptian history can be debated.

In recent years the idea of a simple Hyksos migration, with little or no war, has gained support.

“Originally it was thought that the Hyksos were a military-lead group that invaded Egypt with chariots and a large  army….As of lately, however, modern scholars are convinced this had not been the case,” writes Jan van Tuyl in his book In “A New Chronology for Old Testament Times”.

He cites archaeologist Jacquetta Hawkes saying: “It is no longer thought that the Hyksos rulers ... represent the invasion of a conquering horde of Asiatics” ... they were wandering groups of Semites who had long come to Egypt for trade and other peaceful purposes…”

Still many questions regarding the Hyksos remain unanswered. One of them is: Were they really of “Asiatic” origin or were they perhaps people native to areas situated to the east of Egypt.

Fagan, Lord and Pharaoh: Carnarvon and the Search for Tutankhamun