AncientPages.com - Archaeological evidence shows that despite hygienic innovations introduced by the Romans, intestinal parasites such as whipworm, roundworm and Entamoeba histolytica dysentery did not decrease as expected in Roman times compared with the preceding Iron Age.

Instead, they gradually increased.

The Romans are well known for introducing sanitation technology to Europe around 2,000 years ago, including public multi-seat latrines with washing facilities, sewerage systems, piped drinking water from aqueducts, and heated public baths for washing. 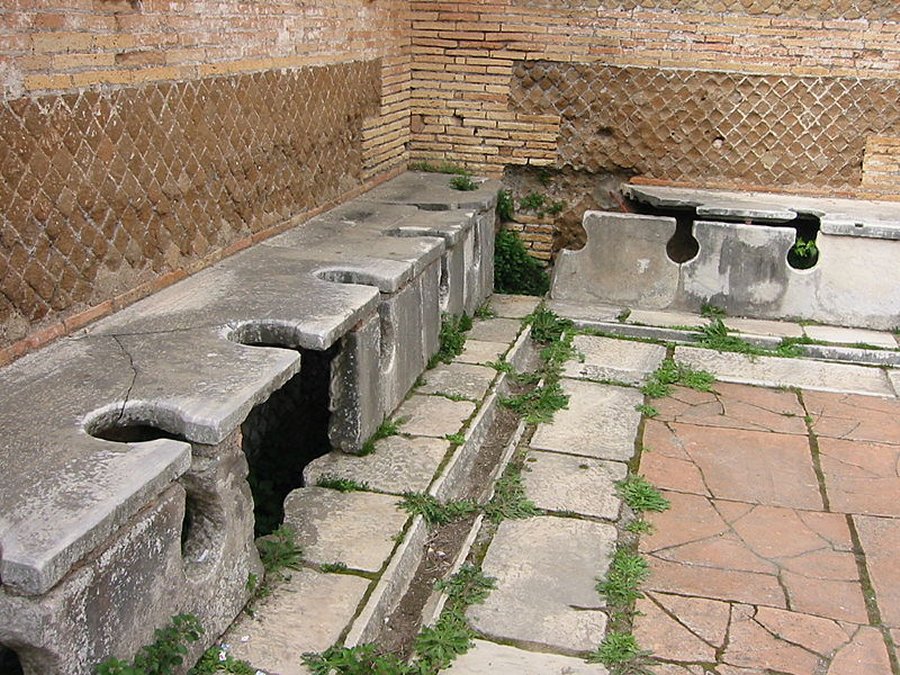 The Romans are well known for introducing sanitation technology to Europe around 2,000 years ago, including public multi-seat latrines with washing facilities, sewerage systems, piped drinking water from aqueducts, and heated public baths for washing. Photo: Fubar Obfusco via Wikimedia Commons

Now, using data from several archaeological studies across the area that once fell under Roman control, Dr Piers Mitchell from Cambridge’s Archaeology and Anthropology Department, has brought together evidence of parasites in ancient latrines, human burials and ‘coprolites’ – or fossilised faeces – as well as in combs and textiles from numerous Roman Period excavations across the Roman Empire.

Not only did certain intestinal parasites appear to increase in prevalence with the coming of the Romans, but Mitchell also found that, despite their famous culture of regular bathing, ‘ectoparasites’ such as lice and fleas were just as widespread among Romans as in Viking and medieval populations, where bathing was not widely practized.

“Modern research has shown that toilets, clean drinking water and removing faeces from the streets all decrease risk of infectious disease and parasites,” Piers Mitchell said.

“So we might expect the prevalence of faecal oral parasites such as whipworm and roundworm to drop in Roman times – yet we find a gradual increase. The question is why?”

Could, for example, the warm communal waters of the bathhouses spread the parasitic worms?

“Clearly, not all Roman baths were as clean as they might have been,” said Mitchell.

Another possible explanation mentioned in the study is the Roman use of human excrement as a crop fertilizer, because as Mitchell says, “sanitation laws requiring the removal of faeces from the streets actually led to reinfection of the population as the waste was often used to fertilise crops planted in farms surrounding the towns.”

The study found fish tapeworm eggs to be surprisingly widespread in the Roman Period compared to Bronze and Iron Age Europe.

Could the Romans’ favorite garum sauce, made from pieces of fish, herbs, salt and flavourings, have been responsible for widespread of fish tapeworm, also present in Germany and France?

The study shows a range of parasites infected people living in the Roman Empire, but did they try to treat these infections medically?

“It seems likely that while Roman sanitation may not have made people any healthier, they would probably have smelt better.”