Conny Waters - AncientPages.com - It may look like an iPhone, but this artifact is not a modern invention. The 2,500-year-old black rectangular object was found in a woman grave at a site nicknamed the Russian Atlantis. 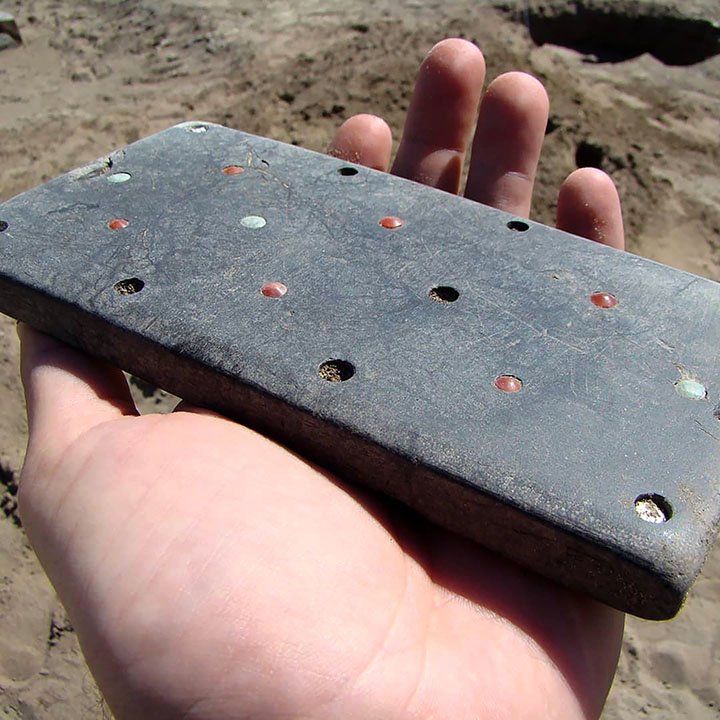 Crafted from dark-grey gemstone, with colorful decorations of turquoise, carnelian, and mother-of-pearl, the object 18cm by 9cm was actually a buckle on a belt.

Located in the mountainous Republic of Tuva, the Russian Atlantis appears from underwater for a few weeks a year.

'This site is a scientific sensation', said Dr Marina Kilunovskaya from the St Petersburg Institute of Material History Culture, who leads the Tuva Archeological Expedition.

This is a giant manmade reservoir on the Yenisei River upstream of the Sayano-Shushenskaya Dam, Russia’s biggest power plant.

The water drains in May and June each year exposing the vast desert-like floor.

The coins discovered in the grave helped scientists to determine the age of the ‘iPhone-like’ artifact.

When archaeologists made this discovery, they jokingly nicknamed the ancient female Natasha, while her accessory was called ‘an iPhone’.

'‘Natasha’s’ burial with a Xiongnu-era iPhone remains one of the most interesting at this burial site,' Pavel Leus said in a new publication summarizing results of several years of recent archeological expeditions to the Ala-Tey burial site.

Siberian Times reports, “graves have been found here dating from the Bronze Age to the time of Genghis Khan. Earlier two partly-mummified prehistoric fashionistas, buried with the tools of their trade were unearthed. 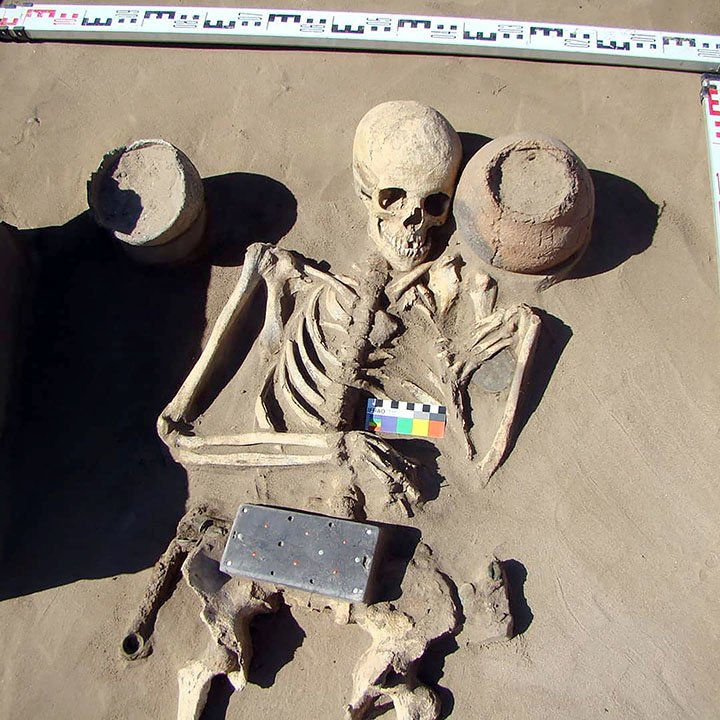 One called ‘Sleeping Beauty’ - dressed in silk for the afterlife - was at first believed to be a priestess. Now she is thought to have been a leather designer.

The second was a weaver laid to rest with her wooden spindle packed inside a sewing bag. As many as 110 burials appeared on an island in the reservoir at Ala-Tey site.”

It’s a very rewarding site to work on because the ancient graves have not been looted.