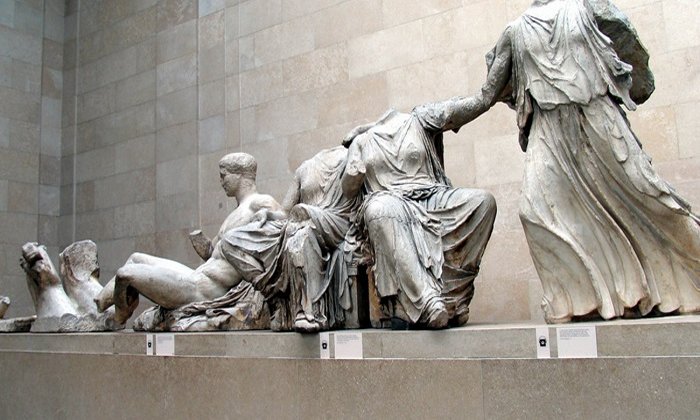 The Parthenon Marbles (also known as the Elgin Marbles) are a collection of Classical Greek marble sculptures that were originally part of the temple of the Parthenon and other buildings on the Acropolis of Athens.

The representatives from countries across the EU, including Greece, Cyprus, Italy, and France, requested the return of the marbles as a sign of the United Kingdom’s goodwill toward Europe following their break from the European Union, writes The Greek Reporter.

In fact, the return of the marbles was included in preliminary negotiations between the EU and the UK, as the EU demanded that the United Kingdom “address issues relating to the return or restitution of unlawfully removed cultural objects to their countries of origin.”

The UK has already stated, however, that the return of the precious sculptures as part of a deal with the European Union “is not up for discussion as part of our trade negotiations.” 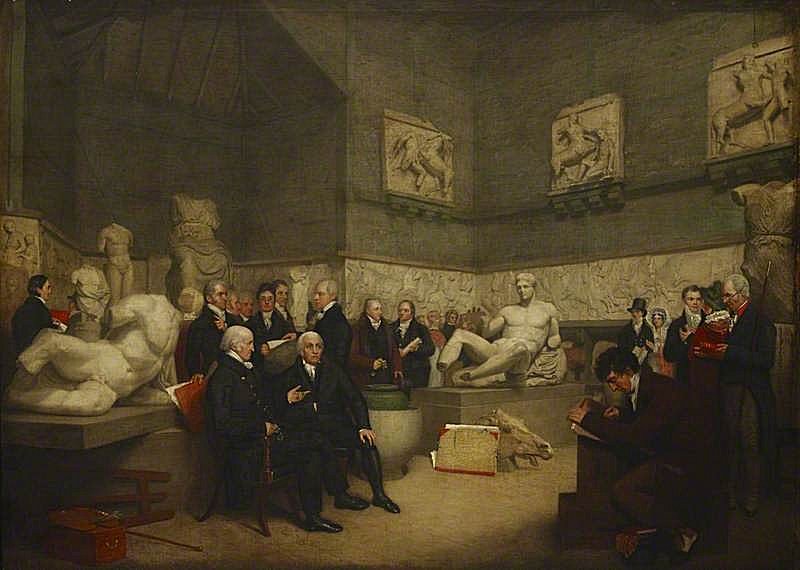 A portrait depicting the Parthenon Marbles in a temporary Elgin Room at the British Museum surrounded by museum staff, a trustee, and visitors, 1819. source

The MEPs have given Johnson the poetic deadline of March 25, 2021 — the bicentennial of the formation of the modern Greek state — to return the artifacts, which have been the subject of long debate.

In their request, the MEPs reminded Johnson of his well-known love for ancient Greece and his studies in the Classics, writing

“With your knowledge and love of Greece and Greek history, we are sure you appreciate that the Greek people have a right to seek, as part of their cultural heritage and identity, and do seek with great fervor, to have these sculptures re-united in Athens, where they were sculpted, erected, and viewed for 2,300 of the last 2,500 years.”

The National Herald writes that additionally, ‘18 members of the US Congress also sent a letter to the British PM last month to respect the Greek wish for the return of the marbles, stolen during the Ottoman occupation.’

The Parthenon Marbles were removed under the direction of the English Lord Elgin in the early nineteenth century, while Greece was still under Ottoman Occupation.

The British Museum claims that Elgin took the marbles from their place of origin legally, after making an agreement with the Ottoman ruler at the time. The legality of this act has been hotly debated internationally, with many scholars likening the act to looting, especially since Greece was under foreign occupation at the time they were chipped away from the facade of the building and spirited abroad.