A. Sutherland - AncientPages.com - Mysterious Kültepe was once part of the kingdom of the Hittites. Excavations revealed ancient artifacts, clay tablets, and intriguing prehistoric structures. Kültepe still has much to reveal. 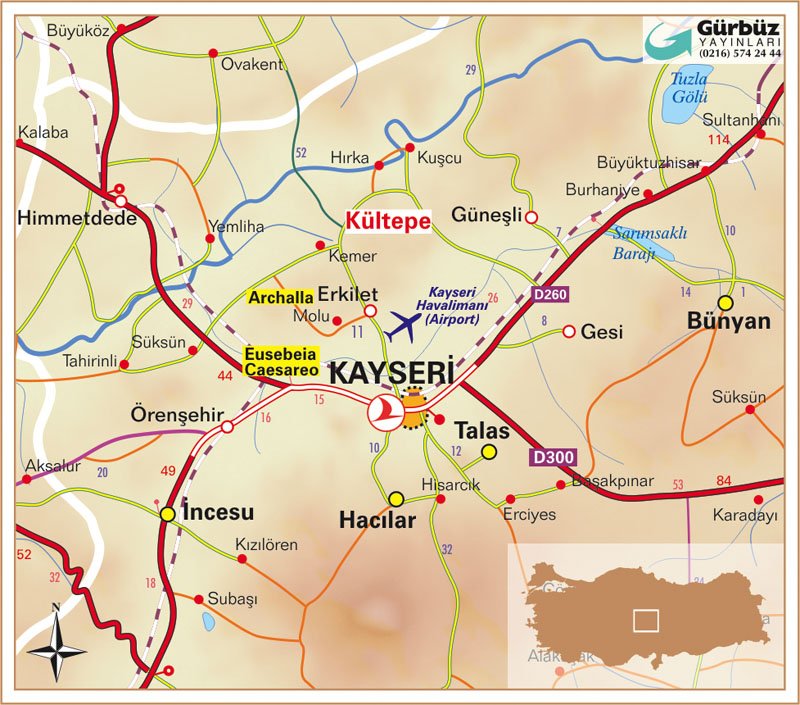 Kültepe, in Turkish means “Ash Hill,” is an archaeological site located in the Kayseri Province. In the past, it was the capital of the ancient Kingdom of Kanesh and the center of a complex network of Assyrian trade colonies in the 2nd millennium B.C. 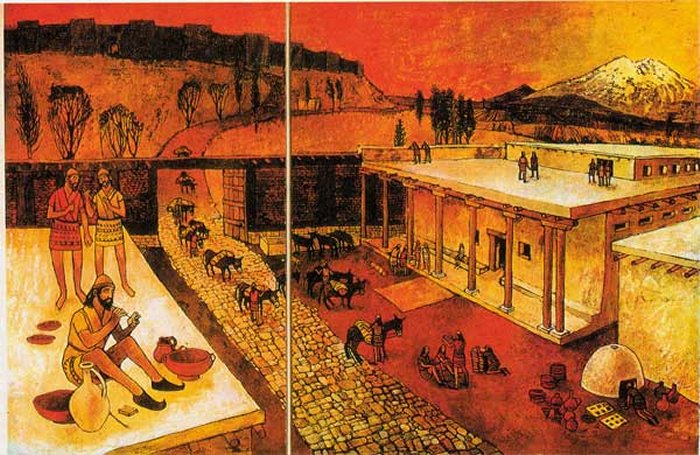 Artistic impression of what the city looked like in the past.

The place became a key center of culture and commerce between Anatolia, Syria, and Mesopotamia by the end of the 3rd millennium B.C. and especially during the first quarter of the 2nd millennium B.C.

Over 20,000 Clay Tablets From Cappadocia Discovered

In 1948, archaeologists started to excavate the site and they discovered tens of thousands of archaeological and textual finds.

According to UNESCO, Kültepe is not only a site of utmost importance for Anatolian archaeology, but also for world archaeology. The private archives of the Karum residents have yielded 23,500 clay tablets and envelopes to date.

These are the earliest written documents that illustrated ancient Anatolian history. Life, society, and economy at this site, even the family affairs and personal relationships of its inhabitants, were recorded on clay tablets in the Old Assyrian dialect of the Akkadian language using the cuneiform (wedge-shaped) script, the knowledge of which came into Anatolia with Assyrian merchants.

Unlike royal or temple archives discovered in other ancient centers, the cuneiform archives of Kültepe-Kanesh represent the single largest body of private texts in the ancient Near East. They were kept in archive rooms, neatly arranged inside clay vessels, wooden chests, wicker baskets, or sacks.

Ancient City Of Kültepe Was Destroyed By Fire

The fire which eventually destroyed the city must have started suddenly; as the excavations revealed many documents were still in their envelopes before the merchants could dispatch their recently written letters or open those newly received. The inhabitants left most of their possessions behind to be found by modern archaeologists. 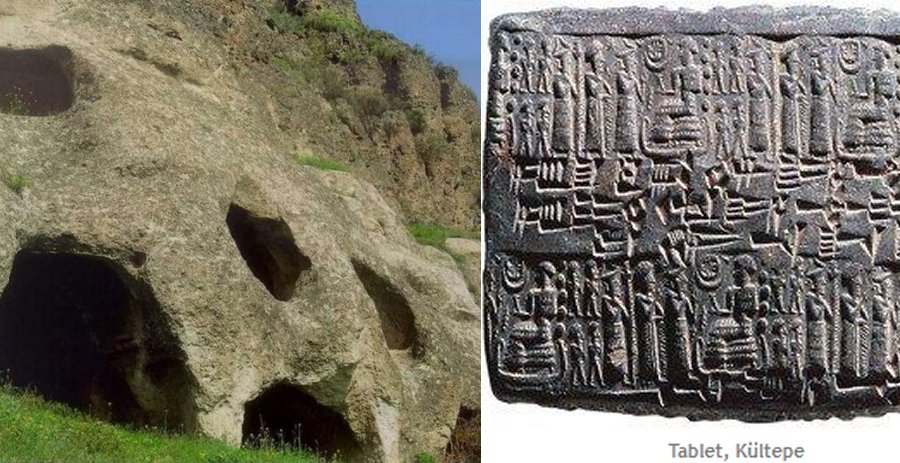 Kültepe - historically very important site - has been successfully excavated since 1948 and still, new excavation works are organized on the Kültepe Kaniş/Karum mound that can shed light on ancient and the very early stages of trade in the region. At present most works focus on the Hittite palace at Kültepe and its surroundings.

The main goal for researchers is to investigate the first eras when the trade started 6,000-7,000 years ago in Kültepe. 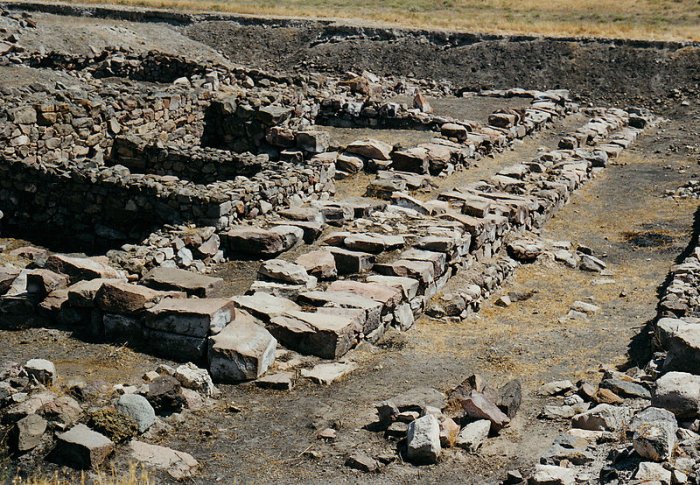 The trade hub in this region was crucial for Anatolia for the Middle East as well. In the meantime, the works concentrate on the area dated to  4,500 years ago with the remains of a furnace from 4,500 years ago and also some pieces of an idol made of marble and known as the Kültepe Idol.

Several such idols were unearthed inside the sanctuaries in the palace and in neighboring places inhabited by upper-class people and also lower-class people. 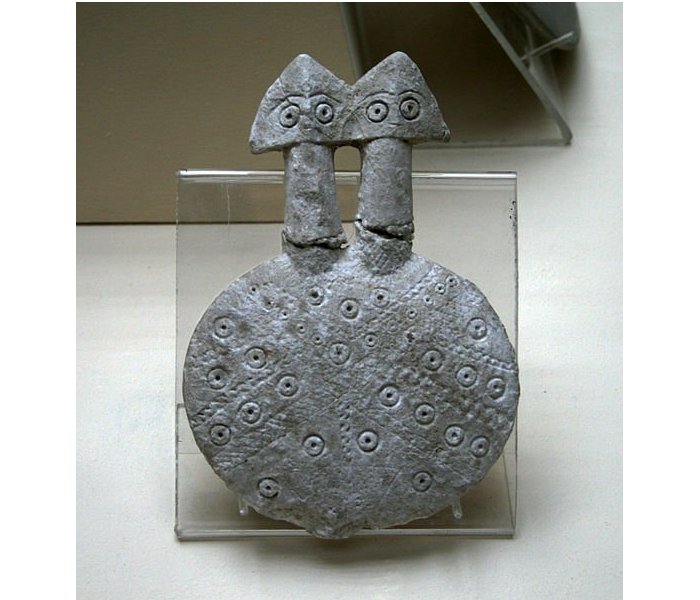 Kültepe Idol. A two-headed mother goddess figurine from Kültepe, an archaeological site in Turkey. This figurine is part of a larger group of flat marble goddess figurines found in Kültepe. Artifact located at the Museum of Anatolian Civilizations, Turkey. Image credit: Noumenon.

The region of Kültepe is a very old place with a history going back millennia and many archaeological findings attest to this history.

The place was inhabited continuously from the Chalcolithic to Roman times, and flourished as an important Hattic center, Hittite and Hurrian city, containing a large merchant colony dated to the Old Assyrian Empire from ca. 21st to 18th centuries BC.

It is a very old place. Today,  Kültepe is an archaeological site, about 20 km southwest from the center of Kayseri. Once, it was the capital of the ancient Kingdom of Kanesh, a residental area of indigenous people, and its market place Karum was established in 1950-1650 B.C. by Assyrian colonies. A part of Karum was inhabited by both foreign and native traders who conducted their business.

Kültepe's geographical location contributed much to the place's flourishing period by the end of 3,000 BC to the first quarter of 2,000 BC.  Kültepe's culture, politics, and trade thrived between Anatolia, Syria, and Mesopotamia. Today’s Kültepe was established by Hittites in 2000 BC. 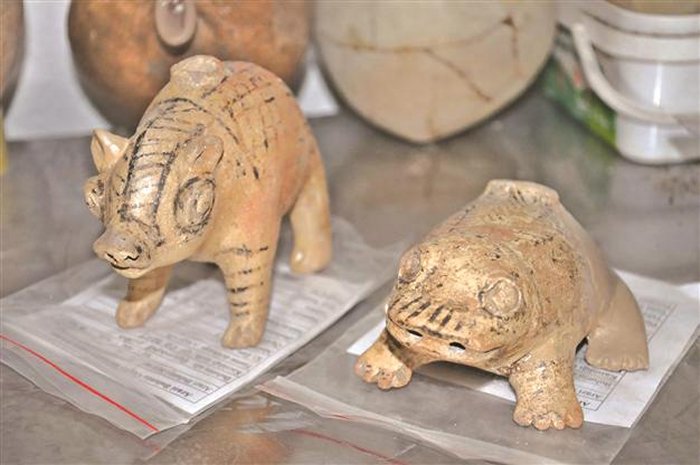 Thousands of clay tablets mention seventeen local city-kings who rose up against the famous Naram-Sin of Akkad (ruled c.2254-2218 BC).

It is the site of the discovery of the earliest traces of the Hittite language, and the earliest attestation of any Indo-European language, dated to the 20th century BC. Other tablets mention the conquest of the city of Assur by the kings of Eshnunna, the fall of Assur, and Hammurabi of Babylon.