A. Sutherland - AncientPages.com - Traditionally counted, there were seven kings of Rome. However, it is difficult to attribute their deeds to a respective ruler, because ancient records were destroyed in the Sack of Rome by the Gauls, 390 BC. 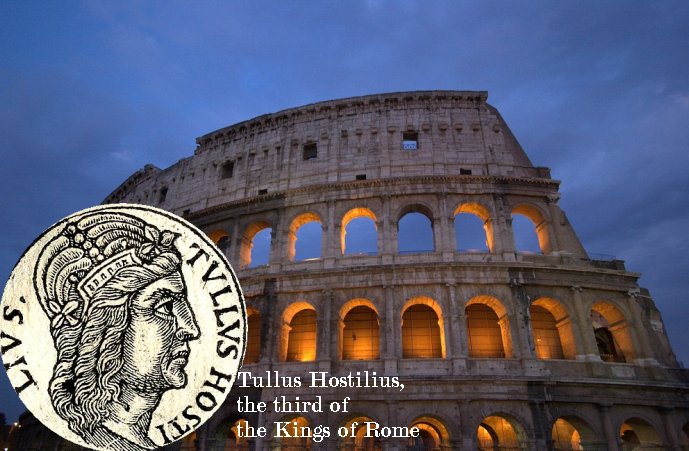 Tulius-Hostilius was the third of the Kings of Rome. Source

According to ancient tradition, the warlike king (and founder) of the city, known as Romulus, was succeeded by the Numa Pompilius, who was not a warrior king but rather a statesman and politician  whose reign was characterized by peace and tranquility.

Contrary to Numa, his successor, Tullus Hostilius was a warrior king, much more interested in conquests than peace in the Empire. His reign was filled with warlike activities.

He was the grandson of Hostus Hostilius, a nobleman of ancient Rome during the reign of Romulus, who had fought with Romulus and died during the Sabine invasion of Rome.

One of the most memorable historical events during the reign of Tullus was the destruction of Alba Longa.

Although the people of Alba Longa were made a vassal state, their king Mettius Fufetius betrayed Rome. Tullus ordered Alba Longa to be destroyed and its people were forced to migrate to Rome and become the Roman citizens.

Numa Pompilius – Remarkable Legendary Second King Of Ancient Rome Who Succeeded Romulus – Did He Ever Exist?

Why Is Rome Called ‘The Eternal City’?

The third king of Rome, Tullus Hostilius participated in several other successful battles, the so-called Roman-Etruscan Wars, which took place for a longer period of time and from the earliest stages of the history of Rome. However, information about these military encounters is very limited.

One thing is certain, during the reign of this king, Rome expanded its borders like never before.

Warrior King Tullus Had Not Much Time For Religious Activities

According to Roman historian, Livy (64 or 59 BC – AD 12 or 17), Tullus showed very little interest in religious ceremonies and rituals. He simply considered them unworthy of a king's attention. 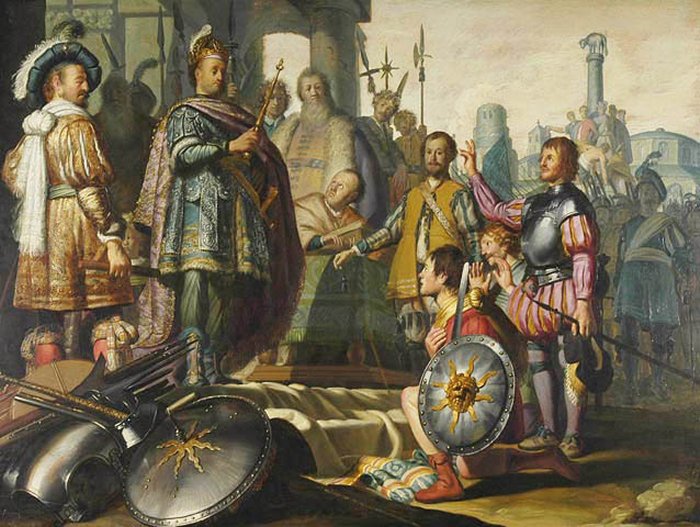 During the reign of king Tullus Hostilius, Rome expanded its borders like never before. (Painting by Rembrandt).

Livy reports in his book of Roman history, however, that at the close of Tullus’ reign, the great city of Rome was affected by some ominous prophecies. Among others, volcanic activity "...there had been a shower of stones on the Alban Mount" commonly known as Monte Cavo.

In response to it, a public religious festival of nine days was held – a novendialis, and a loud voice was heard on the summit of the mount complaining that the people had failed to show devotion to their former gods, and a plague struck in Rome.

King Tullus became ill and was filled with superstition. He knew that his predecessor, Numa Pompilius was a religious man but he was not. He ignored the religious practices recommended by Numa.

Now it was time perhaps to introduce some changes in his warrior-like life and reign. King Tullus made attempts to follow certain instructions to the religious practices of Numa Pompilius. Unfortunately, he did not follow the instructions correctly when he tried to sacrifice to the god Jupiter.

Tullus Hostilius, his family and house were struck by lightning and so his reign ended in about 642 BC.

Hooke N. The Roman history, from the building of Rome to the ruin of the commonwealth