Evidence comes from burial sites, tombs, and underground temples where archeologists have found extensive sets of medical documents and scrolls, including the Ebers Papyrus. 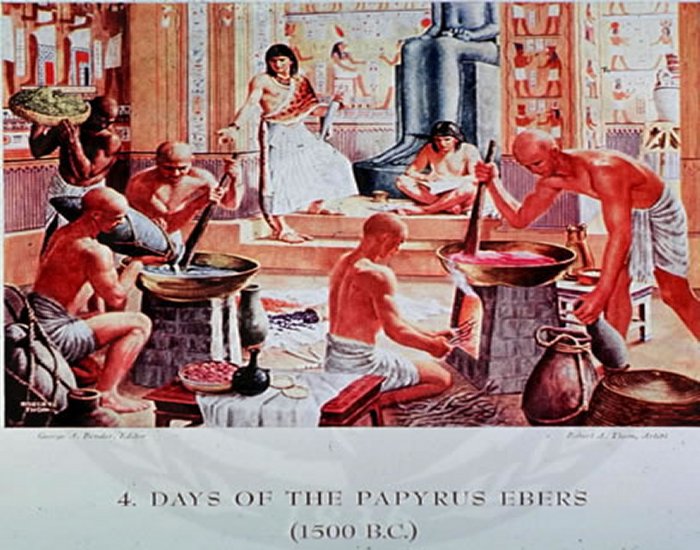 The Ebers Papyrus – the most famous plant – medicine “encyclopedia” – is among several other ancient medical scrolls. A 110-page scroll, which rolls out to be about 20 meters long was found between the legs of a mummy in the Assassif district of the Theben necropolis. Photo: via Naturale clinic

The Ebers Papyrus – the most famous plant – medicine “encyclopedia” – is among several other ancient medical scrolls.

A 110-page scroll, which rolls out to be 20.23 meters in length and 30 centimeters in height, was found between the legs of a mummy in the Assassif district of the Theben necropolis.

It is unclear who the seller was, but the document was purchased in Luxor by Edwin Smith in 1862 and remained in his collection until at least 1869 when there appeared, in the catalog of an antiquities dealer, an advertisement for “a large medical papyrus in the possession of Edwin Smith, an American farmer of Luxor.”

Ten years later, the Papyrus was purchased in 1872 by the Egyptologist George Ebers, for who it is named. In 1875, Ebers published a facsimile with an English-Latin vocabulary and introduction. 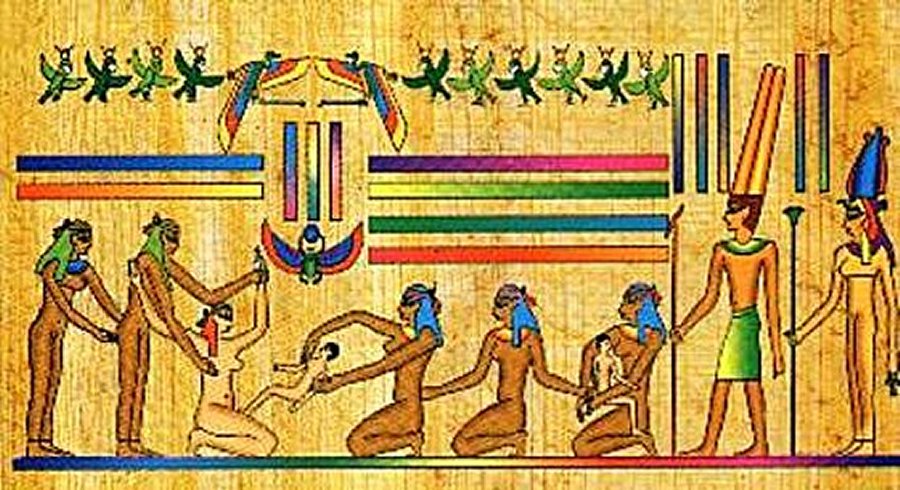 This particular reference to the Lower Egyptian Den suggests its origin closer to the First Dynasty (c. 3000 B.C.E.)

The Ebers Papyrus is by far the most lengthy of the medical papyri and it is dated to the 9th year of the reign of Amenhotep I (c. 1534 B.C.E.).

However, it is believed to have been copied from earlier texts or it could be much older because paragraph 856a states that: “the book of driving wekhedu from all the limbs of a man was found in writings under the two feet of Anubis in Letopolis and was brought to the majesty of the king of Upper and Lower Egypt Den.”(Nunn 1996: 31)

The Ebers Papyrus contains magical spells designed to protect from supernatural intervention on diagnosis and treatment. There is also a large section describing different diseases of the stomach, intestinal parasites, skin and eye diseases and diseases of the anus, and many more.

It describes several treatments and is full of prescribed remedies along with a large list of prescriptions to relieve medical ailments.

Several paragraphs contain remedies that are believed to have been made and used personally by various deities; in paragraph 247, for example, there is a note relating to Isis’ creation of a remedy for an illness in Ra’s head, and the document mentions a specific diagnosis. 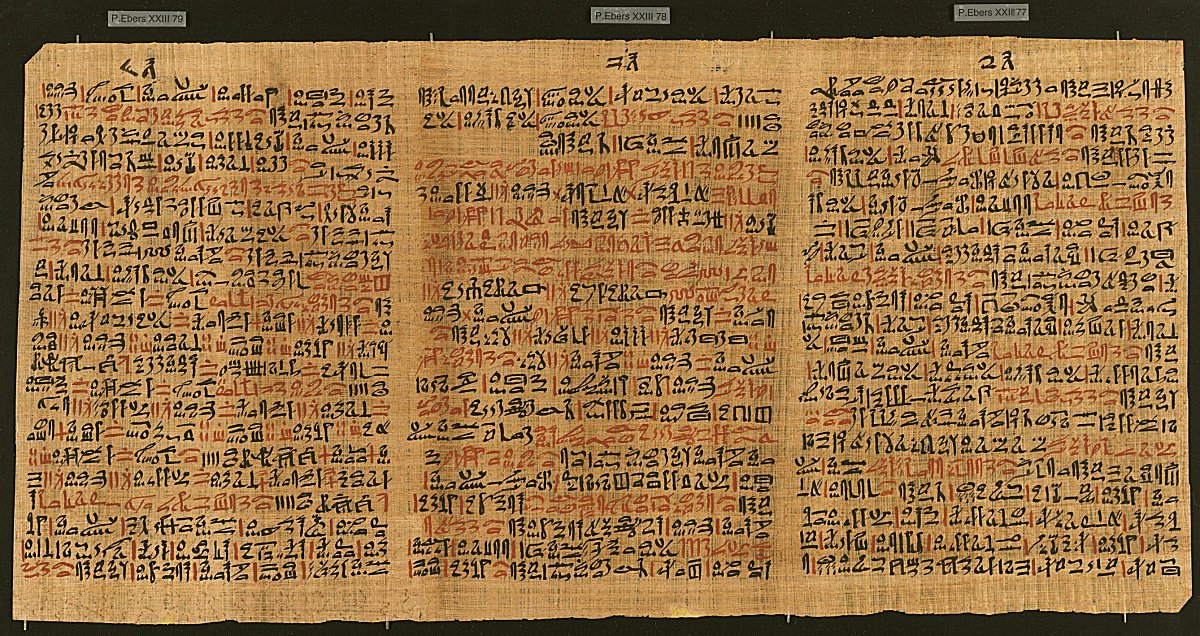 Here are some remedies from the ancient Ebers Papyrus scrolls:

Aloe vera was used to alleviate burns, ulcers, skin diseases, and allergies
– Basil was written up as heart medicine
– Balsam Apple (Apple of Jerusalem) was used as a laxative and as a liver stimulant
– Bayberry was prescribed for diarrhea, ulcers, and hemorrhoids
– Caraway soothed digestion and was a breath freshener
– Colchicum (citrullus colocynthus or meadow saffron) soothed rheumatism and reduced swelling

– Dill was recognized for laxative and diuretic properties

– Frankincense was used for throat and larynx infections, and to stop bleeding and vomiting
– Garlic was given to the Hebrew slaves daily to give them vitality and strength for building the pyramids
– Licorice was utilized as a mild laxative, to expel phlegm, and to alleviate chest and respiratory problems
– Onion was taken to prevent colds and to address cardiovascular problems (How did they know?)
– Parsley was prescribed as a diuretic
– Thyme was given as a pain reliever and Tumeric for open wounds
– Poppy was used to relieve insomnia, as an anesthetic, and to kill the pain
– Coriander was taken as a tea for urinary complaints, including cystitis
– Pomegranate root was strained with water and drunk to address “snakes of the belly” (tapeworms). The alkaloids contained in pomegranate paralyzed the worms’ nervous system and they relinquished their hold.
– Persian henna was used against hair loss

The papyrus also covers subjects such as dementia, depression, and contains chapters on the diagnosis of pregnancy, several different gynecological matters, contraception, dentistry, and the surgical treatment of burns, tumors, and bone-setting. There is also described the treatment of migraines.

The Ebers Papyrus is currently kept at the library of the University of Leipzig, in Germany.