A 3.2 wide, double-faced wall was revealed during the systematic excavation and extended clearance work in the framework of the five-year-old programme “Ancient Feneos”, conducted by the Ephorate of Antiquities of Corinth and the Austrian Archaeological Institute at Athens and completed this month. 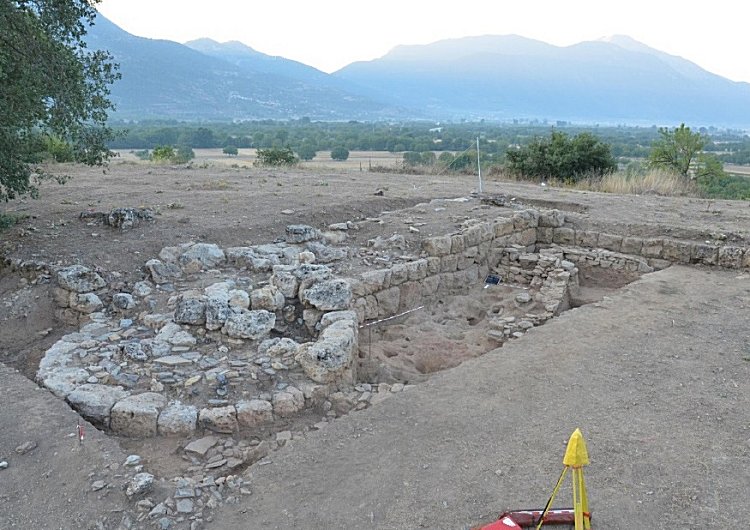 The wall runs across the northern slope of the Acropolis. It is 230m long and preserved up to a height of 4.5m. The fortification was strengthened by four semicircular towers Π1-Π4 (diameter: 5.5m), and a fifth one (Π5) which had a three-quarter-circle floor plan (diameter: 5.9-6m).

The route of the wall seems to end at the eastern edge of the northern slope, forming a small gate. At the outmost western visible edge of the northern part of the wall, the scattered building material and carvings on the rock do not offer enough evidence to determine the wall’s further route. The only evidence of the fortification on the other sides of the Acropolis are the 150 swept away stone blocks, which were registered and mapped during the research programme. 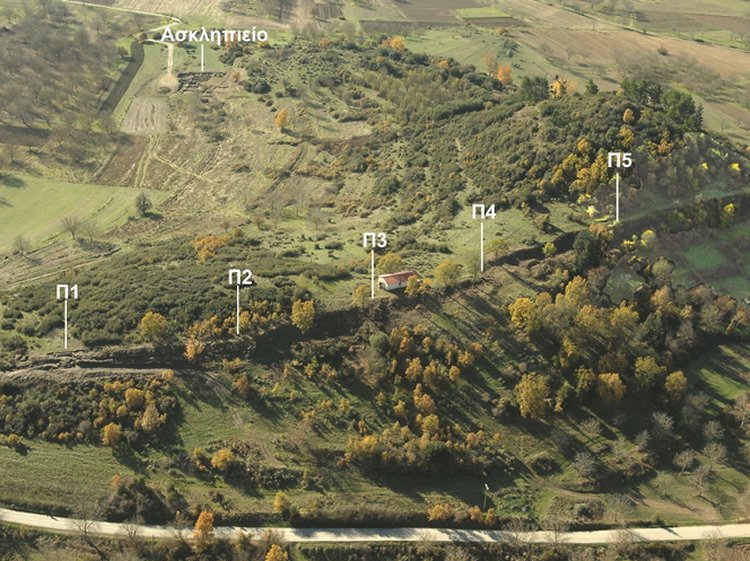 The wall with towers (II1-II5) on the north slope of the ancient Feneos' Acropolis. Photo credit: Greek Ministry of Culture]

The wall and the towers are built in polygonal or trapezoidal form. The blocks are arranged in horizontal rows, except for a small part at the eastern end of the slope, where a regular polygonal masonry has been identified. The stratigraphic analysis of the trenches and the study of the portable finds revealed up to now, but above all the finding of a bronze coin of Sicyon in a layer disturbed by the building of the wall, allowed archaeologists to conclude that the fortification was built after 345 BC. 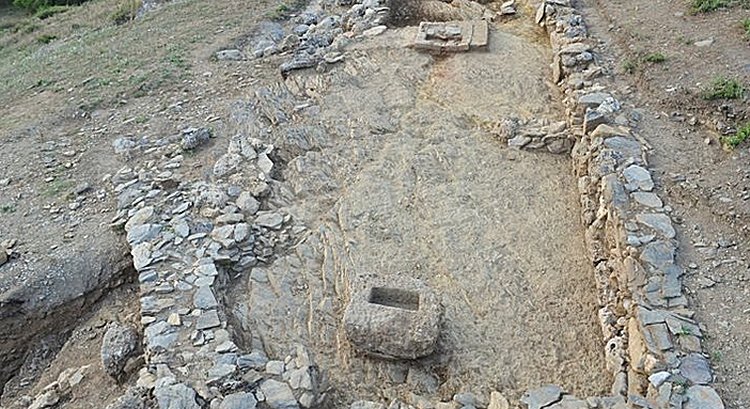 The shrine of a feminine deity revealed by excavations on the eastern slope of the Acropolis of ancient Feneos. Photo credit: Greek Ministry of Culture

The survey of the fortification part enclosing the natural plateau of Agios Konstantinos led to the conclusion that its construction violated part of a Middle-Helladic settlement. Settlement remains date to three different periods (EH III/MH I, MH II and MH III/LH I), spanning a broad chronological band (21st-16th c. BC). Furthermore, underneath the Middle-Helladic remains, traces of a Neolithic settlement were discovered for the first time in Feneos. 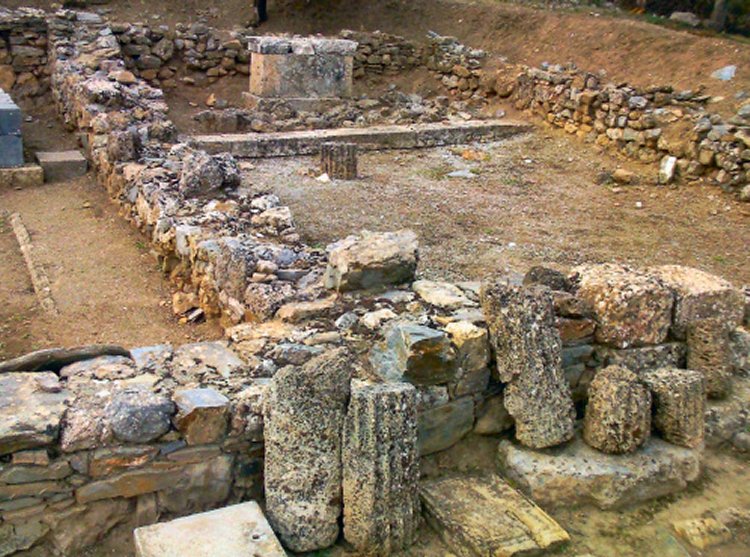 The ruins discovered in the ancient Feneos during a five-year-old research programme. Photo credit: Greek Ministry of Culture

At the eastern plateau of the Acropolis hill, a sanctuary devoted to a female deity came to light. The sanctuary, 15.5x4m, is rectangular in plan. Two building phases were identified: an early one dating to the Archaic period and a second one dating to the Classical period. 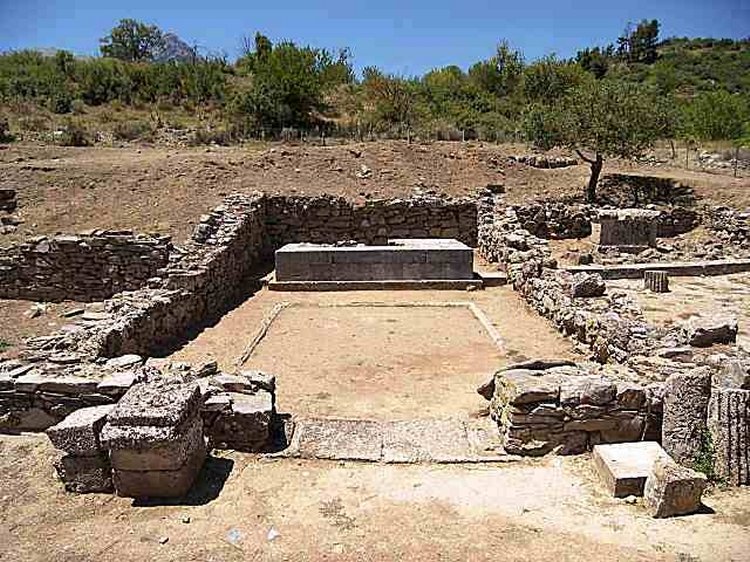 The ruins in the ancient Feneos'archaeological site. Photo credit: Greek Ministry of Culture

During the second phase a base of a cult sculpture and a clay portable hearth were built.

The Arcadian city of Feneos lies on the southwestern border of the modern Municipality of Corinthia, at an altitude of about 770m.