Conny Waters - AncientPages.com - Very sad news is arriving from France. The magnificent cathedral Notre Dame is on fire and 400 firefighters are desperately trying to tackle the massive fire that broke out today. 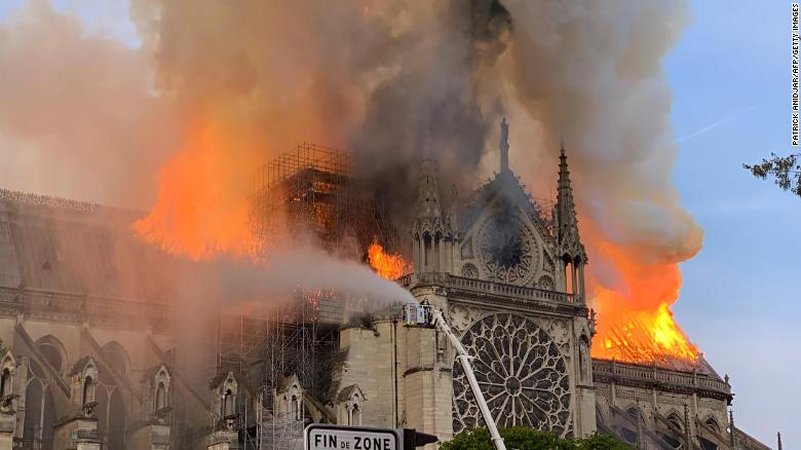 Notre-Dame has stood tall above Paris since the 1200s and it’s one of the most historic landmarks in the capital of France. It is also one of the most popular tourist attractions in the world. The cathedral is considered to be one of the finest examples of French Gothic architecture. Now, the entire building may soon be gone. The massive spire has already collapsed and there is little hope Notre Dame can be saved.

Notre Dame has survived the French Revolution and two World Wars, but this fire may destroy it completely. 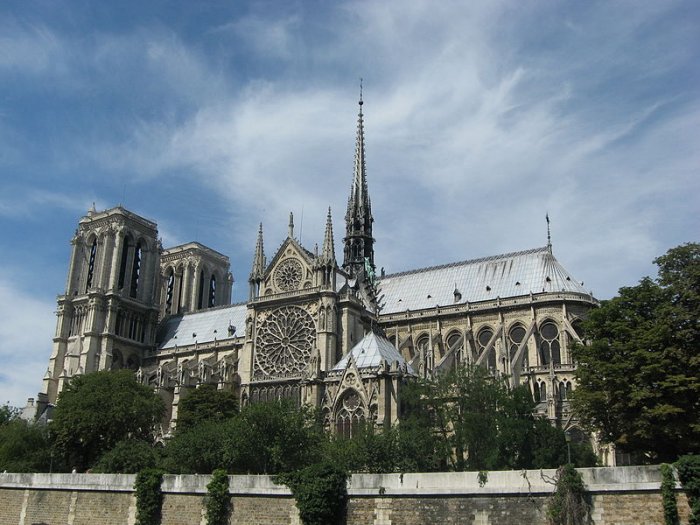 According to a spokesman for the cathedral, “"There will be nothing left. It remains to be seen whether the vault, which protects the cathedral, will be affected or not."

Anne Hidalgo, the mayor of Paris has described it as a “terrible fire” and French President Emmanuel Macron said his thoughts are with "all Catholics and all French people."

"Like all of my countrymen, I am sad tonight to see this part of us burn,” President macron said.

The whole world is watching this cultural disaster and people world-wide are in shock.

US President Donald Trump suggested "perhaps flying water tankers" could be used to extinguish the fire.

Spanish PM Pedro Sanchez wrote on Twitter that the fire is "a catastrophe for France and for Europe." The Vatican expressed "shock and sadness" over Notre-Dame devastation.

The cause of the fire is unknown. Notre Dame was undergoing renovations after cracks began to appear in the stone, sparking fears the structure could become unstable. It’s possible the fire broke is linked to these renovation works, but there could also be another reason behind the fire. 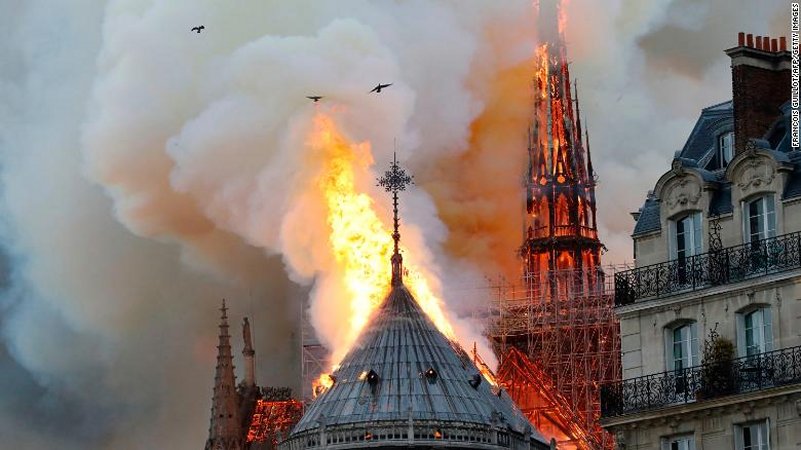 The Paris prosecutor's office said it has opened an inquiry into the incident.

According to CNN, “French Interior Minister Christophe Castaner said exceptional measures are being taken to try to save the cathedral.”

Hundreds of people are standing silently on the streets observing the flames and the whole structure burning.