Conny Waters - AncientPages.com - Flint tools discovered over 50 years ago in Cave Tunel Wielki (Małopolska) are half a million years old and among the oldest man-made objects in today's Poland. 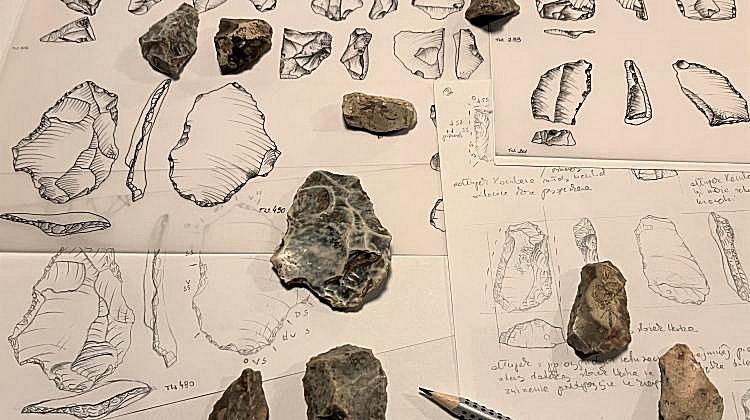 Flint artefacts from Cave Tunel Wielki, made half a million years ago by Homo heildelbergensis.Image credit:  M. Kot

Dr. Małgorzata Kot from the Faculty of Archaeology of the University of Warsaw is conducting an extensive project aimed at analysing artefacts and bones discovered by archaeologists several decades ago during excavations in the Krakow-Częstochowa Upland caves. One of them is Cave Tunel Wielki near Ojców.

Most of the finds were boxed and ended up in storage immediately after excavations. In recent years, researchers started their thorough analysis.

Scientists have long believed that the oldest traces of human presence in Cave Tunel Wielki were mo more than 40 thousand years old. These preliminary findings turned out to be wrong. 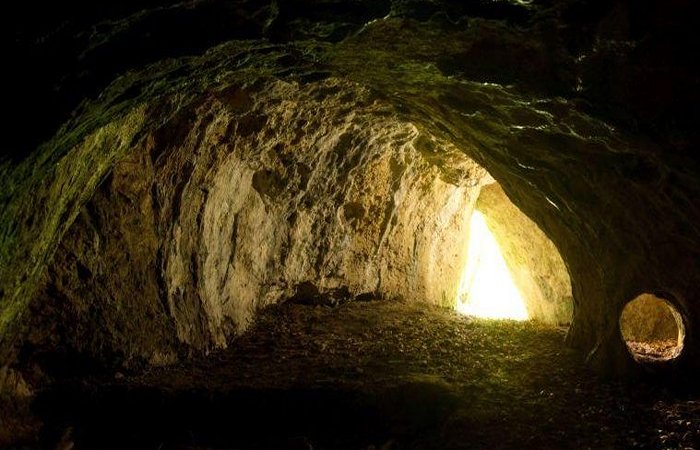 “It all started with a remark of an expert working on the remains of small mammals, Dr. Claudio Berto. He said that the species he analysed were certainly older than 40,000 years and could be up to half a million years old, "Dr. Kot explained to Science in Poland.”

Among the small bones consisting mainly of teeth from the ancestors of today's rodents, there were also remains of larger animals. They were analysed by palaeontologists from the Institute of Systematics and Evolution of Animals PAS in Kraków and the University of Wrocław.

They identified the bones of such animals as the Mosbach wolf (Canis mosbachensis), a lycaon (Lycaon lycoonides), an ancestor of the cave bear and two feline species - the cave lion and jaguar. All of them lived in what is now Poland 450-550,000 years ago. 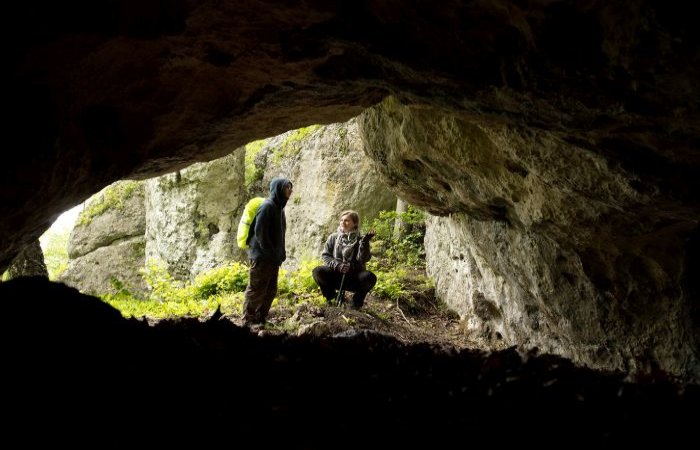 “Since these items come from the same layer as the bones, it means that their age is very similar. This assumption was confirmed by excavations carried out in the cave in 2018. They confirmed the arrangement of layers described by researchers half a century ago. We also discovered more production waste and animal bones,” Dr. Kot said.

Animal bones do not bear traces of cutting or processing. This means that they do not come from animals hunted by man. According to scientists, during that period people hunted for other, less dangerous species including deer, rhinos and horses.

The dated soil layers accumulated over tens of thousands of years. Predators living in the cave, such as panthers, bears or lycaons, did not necessarily have to encounter people who probably settled in the cave only temporarily.

“Until now, we knew only two places in present-day Poland, where equally old flint artefacts were discovered - in Trzebnica and Rusko in Lower Silesia. There are no older traces of the presence of man in our lands,” Dr. Kot said. 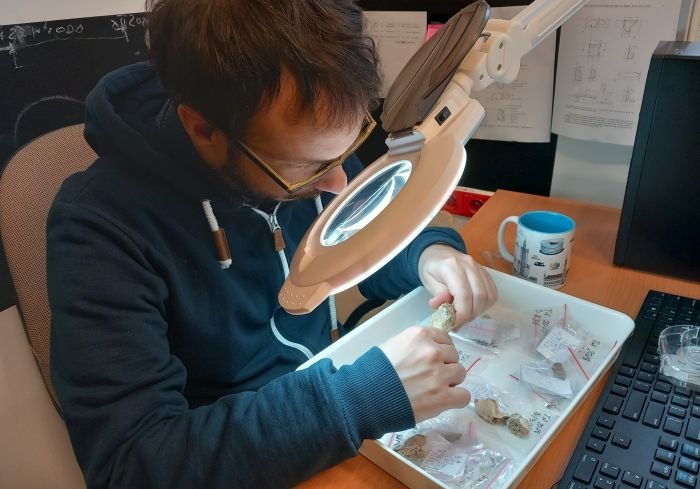 Such finds are very rare also in other parts of Europe. The tools were made by Homo heidelbergensis. He was not the ancestor of the modern man, but of our other relative - the Neanderthal, who appeared about 250,000 years ago. The tools made by this species were found in the cave in Małopolska.

The discovery from Lesser Poland is unique in several respects. First of all, as the researcher points out, the artefacts were discovered in a cave. Meanwhile, in this area of Europe, until now they were known only from open-air sites.

“We were surprised that half a million years ago people in this area stayed in caves, because those were not the best places to camp. Moisture and low temperature would discourage that. On the other hand, a cave is a natural shelter. It is a closed space that gives a sense of security. We found traces that may indicate that the people who stayed there used fire, which probably helped tame these dark and moist places,”

According to her, the finds from Cave Tunel Wielki are the very rare evidence for the presence of the first people who ventured north of the Carpathians.

“It is rather unlikely that they went farther north. We are probably on the northern limit of their survival. This is an extremely interesting aspect of analyses for us. We can examine the limits of the possibilities of survival of Homo heidelbergensis, and thus observe how he adapted to these adverse conditions," she also added.

While the climatic conditions were not much different from the ones today, they were a challenge for people at that time.

Researchers hope that in the future they will be able to find Homo heidelbergensis bones in Cave Tunel Wielki. These would be the oldest human remains discovered in Poland. The oldest currently known remains belong to a Neanderthal and are at least 50,000 years old.

“We selected several potential bones, but DNA analyses carried out at the Max Planck Institut in Leipzig, at the Nobel Prize winner Professor Svante Paabos' laboratory showed that genetic material had not survived in the bones, Dr. Kot said.

Research in Cave Tunel Wielki , which is part of a larger project, is financed by the Polish National Science Centre.