This tragic event – during which the soldiers fired indiscriminately into the crowd of protesters - is known as “Bloody Sunday.” 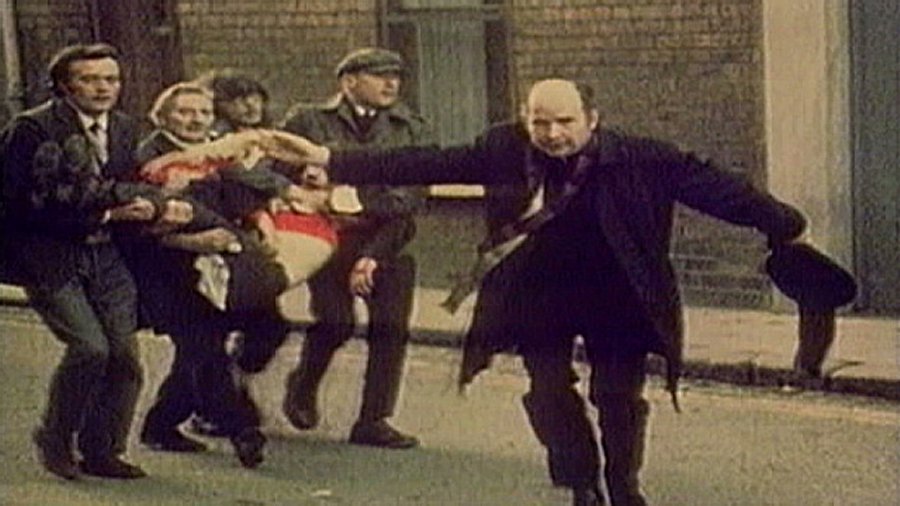 Fourteen people were shot dead: thirteen were killed outright, while the death of another man four-and-a-half months later was attributed to his injuries.

The protesters, all Northern Catholics, were marching in protest of the British policy of internment of suspected Irish nationalists.

British authorities had ordered the march banned, and sent troops to confront the demonstrators when it went ahead. 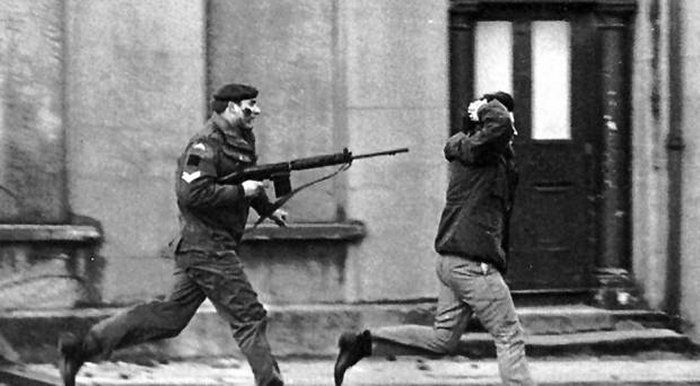 The killings brought worldwide attention to the crisis in Northern Ireland and sparked protests all across Ireland. In Dublin, the capital of independent Ireland, outraged Irish citizens lit the British embassy aflame on February 2.

The march had been organized by the Northern Ireland Civil Rights Association and the Northern Resistance Movement.

Two protesters were also injured when they were run down by army vehicles. The march had been organized by the Northern Ireland Civil Rights Association and the Northern Resistance Movement.

The soldiers involved were members of the 1st Battalion, Parachute Regiment, also known as "1 Para".