AncientPages.com - A cache of nine bronze coins from the end of the Byzantine period (seventh century CE) was found during an archaeological dig carried out along an ancient highway to Jerusalem.

The treasures, which have belonged to Christians, were found beneath the ruins of a building, a part of a large complex which apparently served Christian pilgrims on their way to Jerusalem. 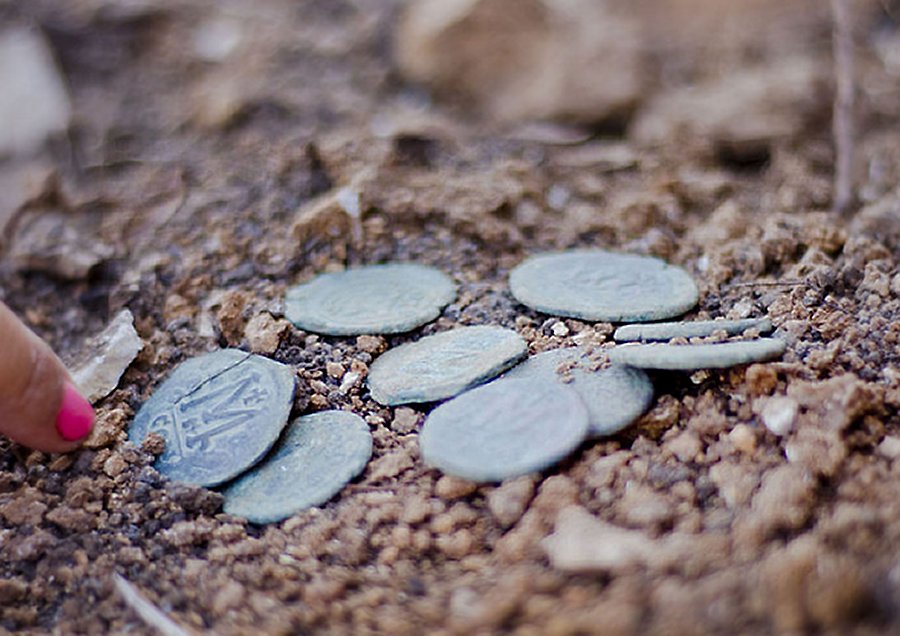 Each coin includes the emperor's image in military dress and carrying a cross, while its reverse side reveals the denomination.

“The hoard was found amongst large stones that had collapsed alongside the building. It seems that during a time of danger the owner of the hoard placed the coins in a cloth purse that he concealed inside a hidden niche in the wall. 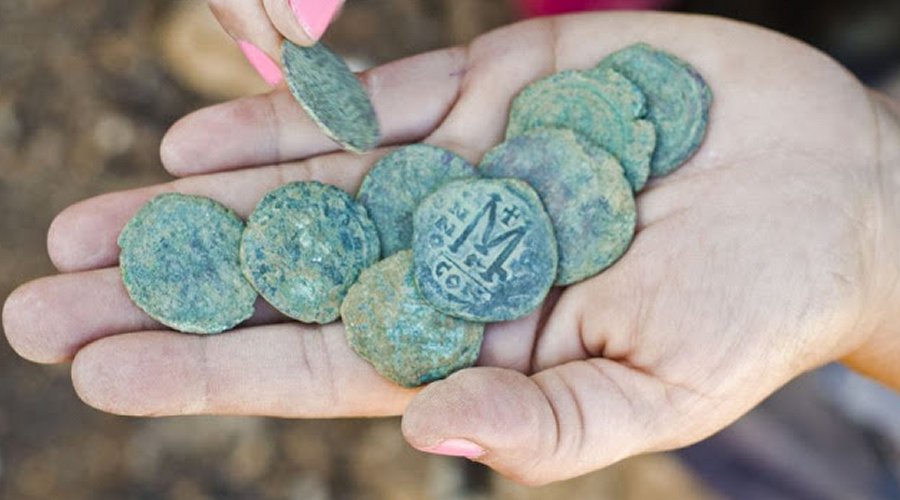 “He probably hoped to go back and collect it, but today we know that he was unable to do so, "said Annette Landes-Nagar, director of the excavation on behalf of the Israel Antiquities Authority.

“The hoard indicates the end of the site. The historical background to its having been hidden is apparently related to the Sassanid Persian invasion that occurred in 614 CE. This invasion, was one of the factors that culminated in the end of Byzantine rule in the Land of Israel".

A Byzantine church was revealed in that part of the excavation. The investigation of the site raised the hypothesis that this is a settlement called Einbikumakube whose name was preserved in that of the neighboring Arab village of Beit Naquba.

The site of the discovery will be protected as a landmark.