Conny Waters - AncientPages.com - There are many ways to investigate the ancient history of a particular region and the migration of people. The field of archaeogenetics has substantially contributed to a better understanding of how the movement and admixture of people across Europe during the Neolithic and Bronze Ages shaped genetic ancestries. However, not all regions are equally well represented in the archaeogenetic record. 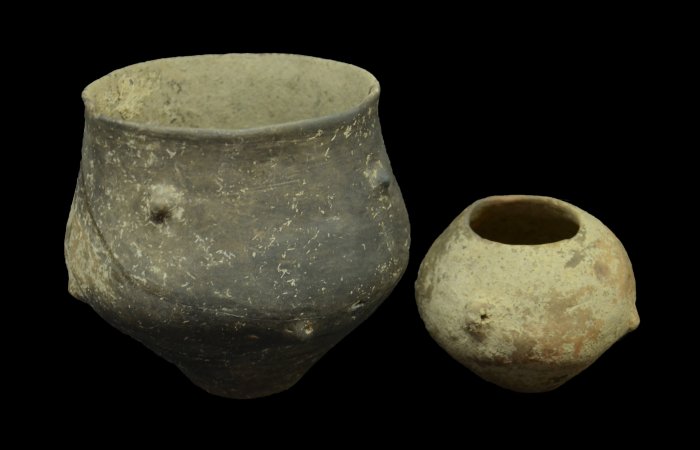 Present-day Croatia was an important crossroads for migrating peoples along the Danubian corridor and the Adriatic coast, linking east and west. "While this region is important for understanding population and cultural transitions in Europe, limited availability of human remains means that in-depth knowledge about the genetic ancestry and social complexity of prehistoric populations here remains sparse," says first author Suzanne Freilich, a researcher at the Max Planck Institute for the Science of Human History and the University of Vienna.

To this aim, an international team of researchers set out to fill the gap. They studied two archaeological sites in eastern Croatia—one containing predominantly Middle Neolithic burials from within the settlement site, the other a Middle Bronze Age necropolis containing cremations and inhumations—and sequenced whole genomes of 28 individuals from these two sites. The researchers' goal was to understand both the genetic ancestry as well as social organization within each community—in particular, to study local residency patterns, kinship relations and to learn more about the varied burial rites observed.

Dated to around 4,700–4,300 BCE the Middle Neolithic settlement at Beli-Manastir Popova zemlja belongs to the Sopot culture. Many children, especially girls, were buried here, in particular along the walls of pit houses. "One question was whether individuals buried in the same buildings were biologically related to each other," says Suzanne Freilich.

"We found that individuals with different burial rites did not differ in their genetic ancestry, which was similar to Early Neolithic people. We also found a high degree of haplotype diversity and, despite the size of the site, no very closely related individuals," Freilich adds.

This suggests that this community was part of a large, mainly exogamous population where people marry outside their kin group. Interestingly, however, the researchers also identified a few cases of endogamous mating practices, including two individuals who would have been the children of first cousins or equivalent, something rarely found in the ancient DNA record.

The second site the researchers studied was the Middle Bronze Age necropolis of Jagodnjak-Krcevine that belongs to the Transdanubian Encrusted Pottery Culture and dates to around 1,800-1,600 BCE. "This site contains burials that are broadly contemporaneous with some individuals from the Dalmatian coast, and we wanted to find out whether individuals from these different ecoregions carried similar ancestry," says Stephan Schiffels.

The researchers found that the people from Jagodnjak actually carried very distinct ancestry due to the presence of significantly more western European hunter-gatherer-related ancestry. This ancestry profile is present in a small number of other studied genomes from further north in the Carpathian Basin. These new genetic results support archaeological evidence that suggests a shared population history for these groups as well as the presence of trade and exchange networks. 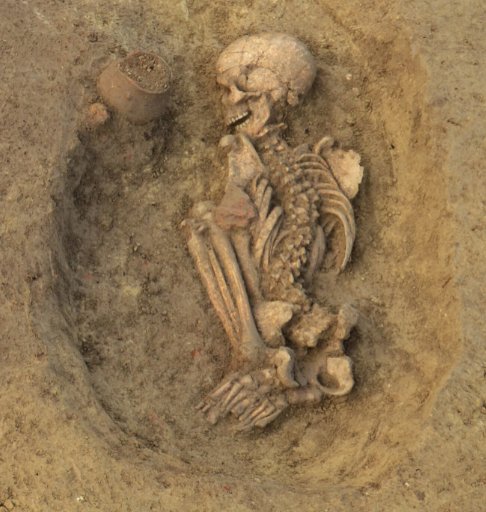 Burials at Popova zemlja were typically along the walls of pit houses or in other pits with ceramic vessels near their heads. Credit: © Borko Rožanković

"We also found that all male individuals at the site had identical Y chromosome haplotypes," says Freilich. "We identified two male first degree relatives, second degree and more distantly related males, while the one woman in our sample was unrelated. This points to a patrilocal social organization where women leave their own home to join their husband's home." Contrary to the Middle Neolithic site at Popova zemlja, biological kinship was a factor for selection to be buried at this site. In addition the authors found evidence of rich infant graves that suggests they likely inherited their status or wealth from their families.

Filling The Gap In The Archaeogenetic Record

This study helps to fill the gap in the archaeogenetic record for this region, characterizing the diverse genetic ancestries and social organizations that were present in Neolithic and Bronze Age eastern Croatia. It highlights the heterogeneous population histories of broadly contemporaneous coastal and inland Bronze Age groups, and connections with communities further north in the Carpathian Basin. Furthermore, it sheds light on the subject of Neolithic intramural burials—burials within a settlement—that has been debated among archaeologists and anthropologists for some time. The authors show that at the site of Popova zemlja, this burial rite was not associated with biological kinship, but more likely represented age and sex selection related to Neolithic community belief systems.

So far, few archaeogenetic studies have focused on within-community patterns of genetic diversity and social organization. "While large-scale studies are invaluable in characterizing patterns of genetic diversity on a broader temporal and spatial scale, more regional and single-site studies, such as this one, are necessary to gain insights into community and social organization which vary regionally and even within a site," says Freilich.

"By looking into the past with a narrower lens, archaeogenetics can shed more light on how communities and families were organized."