Conny Waters - AncientPages.com - Scientists have presented a controversial idea suggesting humans evolved in Europe instead of Africa. They base their theory on an 8-million-year-old skull that could belong to a previously unknown species and one of humanity's earliest evolutionary ancestors. 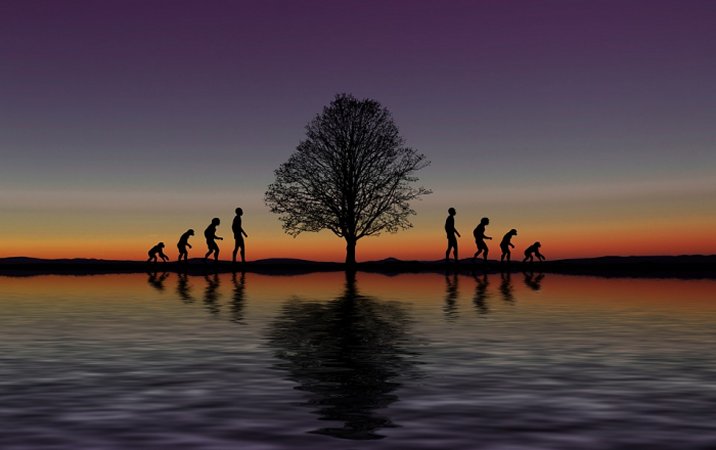 The ancient jaw was discovered at Nikiti, northern Greece, in the '90s.  New analysis of the specimen conducted by David Begun, an anthropologist at the University of Toronto along with his team suggests the jaw belonged to a previously unknown proto-hominin.

Charles Darwin wrote in his book The Descent of Man, published in that the hominin group originated in Africa. This is the theory most anthropologists agree upon.  However, Darwin was flexible and did not close any door. He also remarked that the hominin group may have arisen in Europe because many fossils of large apes had been unearthed on the continent.

“If antelopes and giraffes could go from Europe to Africa 7 million years ago, why not the apes too?”, Begun told New Scientist.

This theory is of course only of interest to those who subscribe to Darwin’s theory of evolution according to which all species of organisms arise and develop through the natural selection of small, inherited variations that increase the individual's ability to compete, survive, and reproduce.

According to the out of Africa theory, which is currently the most prevailing theory among scientists, Homo sapiens evolved exclusively and recently on that continent. At some point later, our ancestors migrated from Africa to Eurasia. When this happened, they replaced other subspecies of the genus Homo, such as Neanderthals.

Begun questions the out of Africa theory saying evidence indicates Homo sapiens came from southern-Europe. He doesn’t think Nikiti ape was a hominin (the family of great apes and humans), but it could represent the ancestral group the hominins evolved from.

Controversial Discovery Of 5,7-Million-Year-Old Footprints On Crete Could Re-Write History Of Human Evolution

Researchers think the Nikiti ape were evolutionary ancestors of Graecopithecus, another European great ape. Graecopithecus lived in south-east Europe 7.2 million years ago, before migrating to Africa. Begun is aware of that the Nikiti ape alone does not offer enough evidence to reject the out of Africa theory, but he hopes scientists can at least consider the European alternative.

It is not the first time Begun has suggested humans came from Europe. He has previously analyzed a 16.5 million years old ape fossil discovered in Germany that is some 1.5 million years older than similar species from East Africa.

If Begun’s theory is correct, but it’s far from certain, it will completely change how we view the evolution of our species.

Begun proposed early ancestors of the hominids migrated to Eurasia from Africa about 17 million years ago, just before these two continents were cut off from each other by an expansion of the Mediterranean Sea.