The Mogao Grottoes, near the oasis town of Dunhuang in the Gobi Desert, China are where generations of Buddhist monks built hundreds of rock temples, and the site has a history of more than 1,000 years. 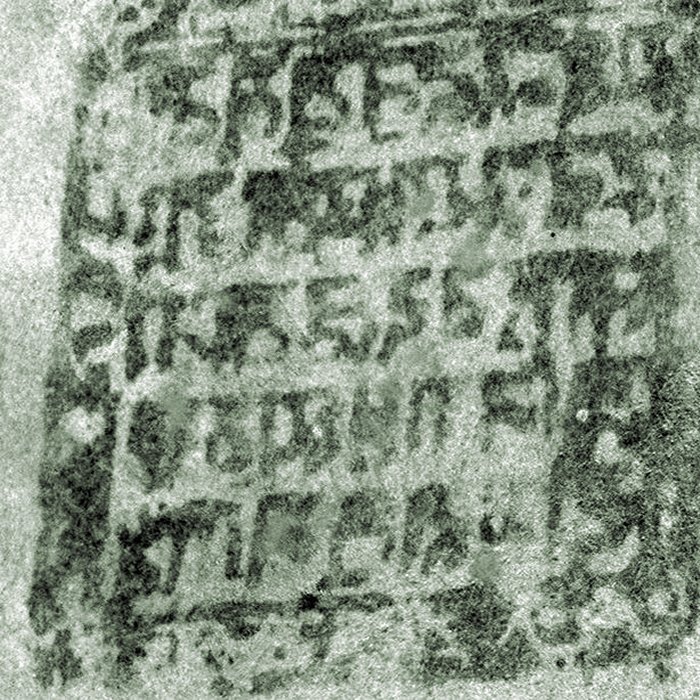 The revealed Sanskrit text thought to have been accidentally glued face down about 700 years ago. Image credit: Nottingham Trent University

This extraordinary discovery was made by an international team of researchers, led by Nottingham Trent University’s Imaging and Sensing for Archaeology, Art history and Conservation (ISAAC) Lab in collaboration with the Dunhuang Research Academy in China and The British Library.

The team used remote spectral imaging to examine the artwork that dates back some 700 years.

In Cave 465, the researchers found that text beneath the foot of one of the Buddha images is flipped backward, suggesting that the text was was accidentally adhered face down, writes Nottinghamshire Live.

“This has been a huge debate for many years, but now our analysis has enabled us to date this cave with much more certainty than ever before,” Prof. Haida Liang, head of the Imaging and Sensing for Archaeology, Art History & Conservation research group at Nottingham Trent University in England said. 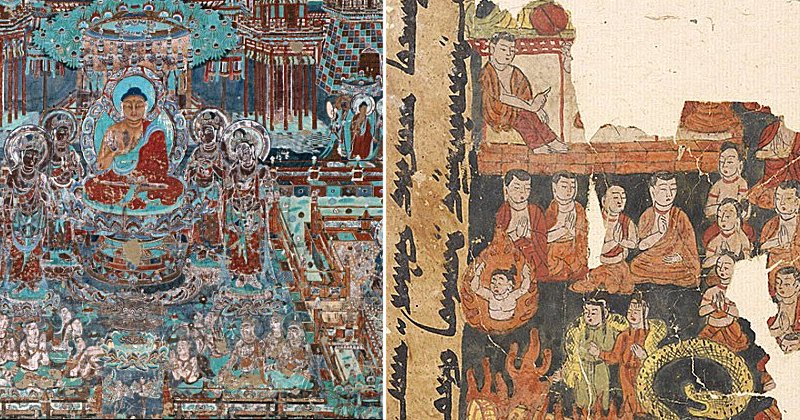 “The written paper prints seem to have been produced and pasted on the ceiling during the construction of the cave temple as part of a consecration ritual. That was a fascinating discovery, we believe it was a mistake, perhaps the workmen who put it up didn’t understand Sanskrit.”

The text appears to be similar to scripts found in other caves dating to the 13th-14th century Mongol/Yuan period, a fact that has led researchers to believe that this too is from the same period.

Prior to the discovery, estimated dating of art in the cave ranged across 500 years, from the ninth century Tibetan period, to the 11th-13th century in the Tangut period, to the Mongol/Yuan period. Paintings from other caves have been dated to as early as the fourth century and as late as the 14th. 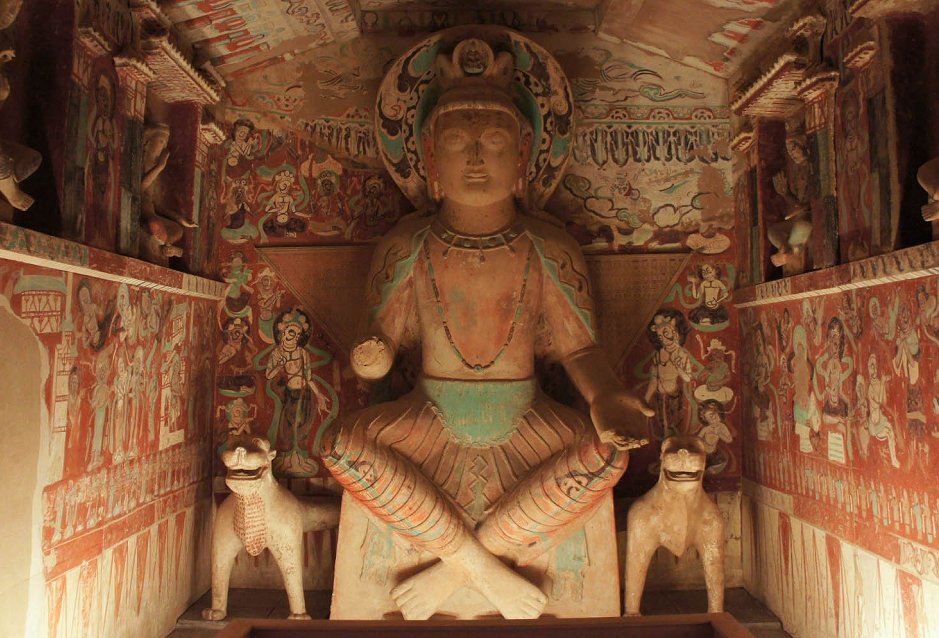 The Mogao Caves - tell a story of art and Buddhism that began more than 1,500 years ago.

The text examined by the scientists in question is hardly visible at all, in contrast, to correctly oriented pieces of text found below the other Buddha images in the room, according to the researchers who were able to read the text, finding the Buddhist Sanskrit phrase known as the “Summary of Dependent Origination,” saying, “All things arise from causes.”

The work involved the practice of paleography—the study of how writing evolves over time—to recognize certain letters in the text that were not written in ways consistent with earlier forms of writing. This was combined with an analysis of the paint pigment used, which suggested materials most likely dating to the Mongol/Yuan period.

The materials identified in white paint, gypsum, and dolomite, were not found in any other caves dated to the Tibetan period. While the yellow material, orpiment, was not found in any of the Tangut period caves. 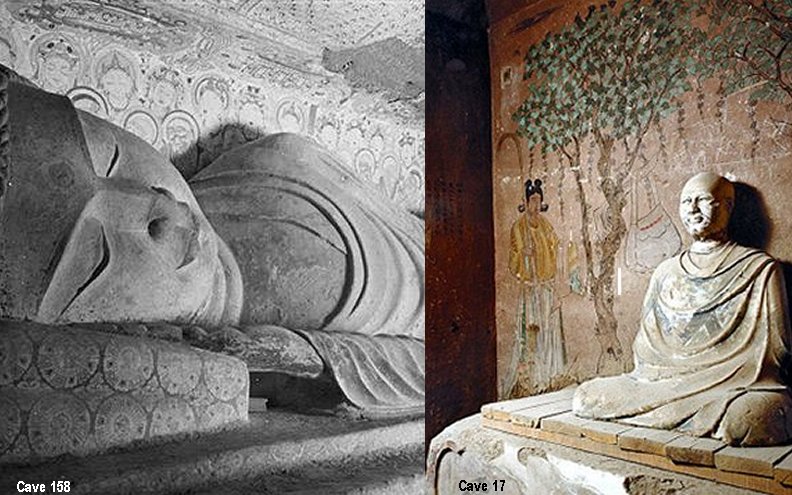 Additionally, in the Tibetan period cave that did have yellow paint, the yellow ochre pigment was used instead of orpiment, writes Global Buddhistdoor.

“With regards to the colors used, our work relies on understanding what is a particular mix for a particular period. Each material mix is a fingerprint," said Liang, Taking into consideration all the evidence that we have been able to gather as part of this work, the date of the Cave 465 wall paintings must be from the late 12th to the 13th century.”

Dunhuang is a city in northwestern China, on the edge of the Taklamakan desert of Central Asia.

It has long been an important stop along the Silk Road, first established in the Han dynasty (207 BCE–220 CE). Trade on the Silk Road that passed through Dunhuang was a major factor in the development of civilizations in China, the Indian subcontinent, Persia, Europe, Africa, and Arabia.

It also aided in cultural and philosophical exchanges between cultures and religions including Buddhism, Christianity, Judaism, and Islam.